MediaKind and Arqiva team for Arqplex

MediaKind has launched a new product called Arqplex, a hybrid content processing service that the media technology company developed together with Arqiva.

Speaking to IBC Daily, Murray Barker, Head of Portfolio Marketing at MediaKind, said the product is the next step in a collaboration between the two companies that was first announced in December 2021. 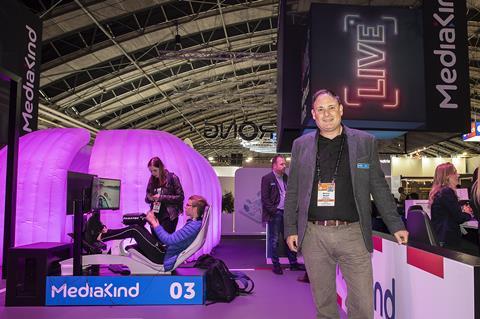 Barker: Launch of Arqplex is next step in MediaKind’s collaboration with Arqiva

The headend-as-a-service offering is powered by MediaKind, managed by Arqiva and targeted at a broad range of broadcasters as well as network and platform operators. Media service providers can use AWS public cloud, an alternative cloud provider, or Arqiva’s data centres.

Barker said a couple of customers have already signed up for the new service, although he is not yet able to reveal any names beyond indicating that one is a large, well-known European broadcaster. Arqiva has already begun the process of migrating existing headend customers to the new headend-as-a-service offering.

Barker noted that the new offering is the result of a somewhat serendipitous conversation between MediaKind and Arqiva. “It’s the first time that we’ve done something like this, including the managed services element,” he said.