As Howard Marks, VAST DATA Technologist Extraordinary and Plenipotentiary, explained at the start of the company’s IBC SHOWCASE session: “The problem that we’ve been facing – in the broadcast industry and without – has been that storage has forever been needlessly complicated.”

Marks used the session, entitled ‘Simplfying Media Workflows with Universal Storage’ to explain how we got to this situation and why it no longer needs to be so complicated. 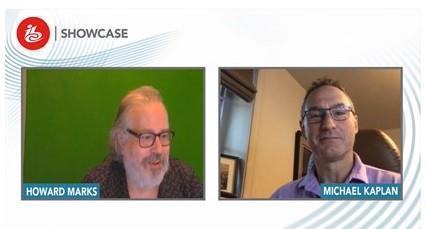 Alongside Michael Kaplan, Director of Global Business Development, Media and Entertainment, NVIDIA, he also highlighted Universal Storage as a potential solution, showcasing a number of areas, particularly in the realms of AI, where this could be of particular benefit.

Marks began by explain the specific challenges the industry faces: “Broadcast and media users have demanding applications that stress enterprise storage in ways that enterprise applications traditionally haven’t, and so they have been forced to buy application-specific storage.”

This can cause a number of problems, such as creating load on the storage system, having to move data from place to place, and potential delays if data isn’t where it needs to be.

Organisations have been trying to address these problems with various forms of overlays that present a constant namespace for users and that may automate data movement from tier to tier. However, this doesn’t actually reduce the complexity. Combined with the evolution of 4K and 8K media, an increase in archive activity and the voracious appetite for data of GPUs, storage is becoming an even more pressing concern.

According to VAST DATA, the solution is Universal Storage – a single storage system that meets the needs of all applications at a cost below that of a typical hybrid system and less than the cost of some all-disk systems. It is also scalable to exabytes and terabytes per second of bandwidth and designed for efficiency, according to Marks.

He added: “To honour the great Don LaFontaine, imagine a world where a single universal storage system could meet all of broadcasters’ storage needs – post production, news production, media asset management, all run from a single storage system that you can expand on demand. That’s Universal Storage.”

Kaplan later picked up on the issue of GPU technology and artificial intelligence.

“It’s with artificial intelligence that strong partnerships with companies like VAST are needed and are absolutely necessary without any doubt,” he explained. 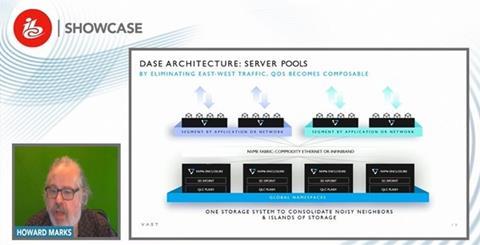 One example of this partnership is GPU Direct, which is enabling a fast, direct path between local or remote storage, bypassing the CPU to enable direct IO among GPU memory, network and storage. According to Kaplan, this is resulting in up to 10 times higher bandwidth performance.

He also cited the example of NYU combining GPUs with AI. Scientists at the university are currently applying deep learning to analyse an unprecedented amount of sports data specific to Major League Baseball. Kaplan explained: “Every pitch, catch, throw, swing, run, they’re going through this and analysing it for the past four years. For this huge data set, this huge amount of information to be input into this GPU accelerated computer, fast storage is necessary. This is an example of one of many partners and customers that are actually doing GPU acceleration for sports analytics.”