IBC has opened this year’s Innovation Awards, with a focus on industry partnerships that solve today’s business and technology challenges, including the launch of a new IBC Accelerator Programme award.

IBC has announced the official call for entries for the IBC2021 Innovation Awards. 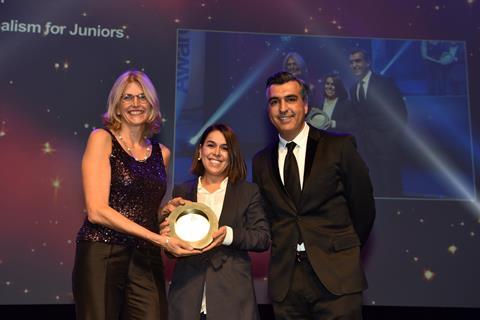 This year’s awards programme will focus on innovations underpinned by collaboration within the content and technology industry.

IBC chief executive Michael Crimp said: “Innovation hinges on the success of collaboration, and this is why the content and technology industry has continued to pioneer new projects and services despite challenging global circumstances.

“Broadcasters, service providers, and technology vendors worldwide have transcended the barriers of national lockdowns, restricted travel and social distancing. Coupled with the surge in consumer demand for live and on-demand content, they have accomplished the shared mission to keep TV and video on-air and on our screens.

More information about the IBC Innovation Awards, including entry requirements, can be found here

“Each year, the quality of IBC Innovation Award entries has continued to surpass itself. We’re in no doubt that this year we’ll see some of the most remarkable and imaginative projects to date, which will directly address the obstacles the industry has overcome.”

There are three categories in the IBC Innovation Awards:

Award winners will be announced at the IBC Awards Ceremony, which will take place on Sunday, 12 September. IBC will also announce the winner of the first IBC Accelerator Project of the Year Award at the ceremony.

The winner of IBC’s most prestigious accolade, the International Honour for Excellence, will also be presented with their award on the night. Previous winners include the movie directors Ang Lee and Peter Jackson, the Science and Technology Research Laboratories of NHK, and Sir David Attenborough and Joan Ganz Cooney, the creator of Sesame Street.

Last year, the award was presented to news organisations across the globe for their coverage of the coronavirus pandemic.

The IBC Innovation Awards are the most influential and esteemed because they are the original and only truly independent industry awards for excellence in technological and creative innovation.

The awards champion completed projects, which identify market challenges – creative, operational, or commercial – and unite technology partners to create a solution. Size and scale are not deciding factors: a small but highly effective initiative that solves a real-world problem is just as likely to win as a multi-million-dollar redevelopment.

The IBC Accelerator programme was launched in 2020 and empowers companies from across the content and technology industry to identify business and technology challenges and solve them openly and collaboratively. New for 2021 is the Project of the Year Award, which will be independently judged to determine the Accelerator team that has developed the most impressive solution as demonstrated through their Proof of Concept Showcase at IBC 2021.

Mark Smith, innovation lead and advisor to IBC added: “Last year’s IBC Accelerator Programme was a huge success because it championed the spirit of collaboration that culminated in eight ground-breaking projects addressing the collective pain points the industry is facing.

“This year the Accelerator Programme will be further elevated by introducing the Project of the Year Award, which will be awarded to the most outstanding Proof of Concept. We’re looking forward to seeing the fascinating challenges and proof of concepts that come to fruition, all of which will be showcased physically and virtually at IBC2021.”