Satellite operator Intelsat is making use of its presence at IBC to spread the word about its Unified Network vision to enable end-to-end orchestrated services, driven by the integration of 5G and other open standards.

Pascale Fromont, VP and General Manager at Intelsat, said the aim is to build a “network of networks” that will combine all types of satellites (GEO, MEO and LEO) with terrestrial networks “and have it managed by a software-defined engine”. 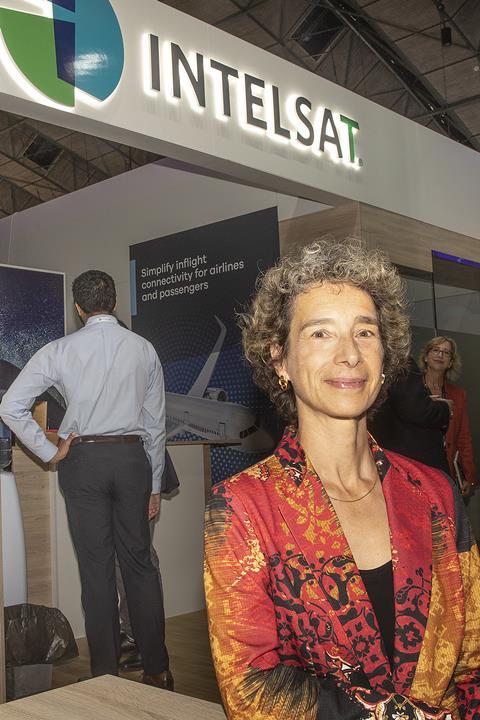 Fromont: Intelsat aims to create an ecosystem of partners as part of Unified Network vision

The goal is “to create an ecosystem of partners all working towards that vision of a great network that will serve our customers across all the different market verticals”, including media, commercial aviation services and government, she added.

Intelsat, which emerged from Chapter 11 proceedings in February this year, currently operates a fleet of about 50 geostationary satellites and plans to launch two software-defined networks in 2024.

Fromont acknowledged that there is currently plenty of buzz about satellite connectivity, including high-profile announcements from SpaceX owner Elon Musk and others. Pointing out that Intelsat has been providing satellite services since the 1960s, Fromont said the newer players have nevertheless helped bring satellite back into the spotlight.

In terms of broader trends, Fromont said Intelsat customers are having to essentially split their resources between traditional distribution while also investing heavily in new consumer digital platforms.

“That’s where we come in, because the core of our business is distribution infrastructure,” she said. Multiple customers are now starting to outsource their entire infrastructure to Intelsat, Fromont added. Here, she pointed to a recent contract renewal with Slovak Telekom that provides the operator with a managed solution to deliver content from Bratislava to Intelsat’s Fuchsstadt teleport in Germany.