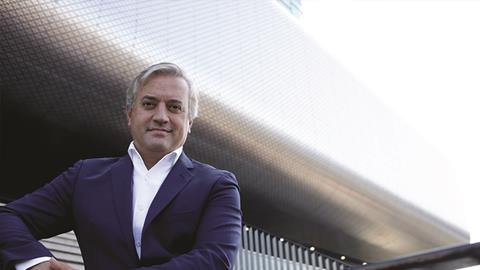 Are traditional brands acting fast enough to compete with Google, Facebook and other big digital players? Dominique Delport thinks not.

Dominque Delport is a man on a mission. He not only appreciates how fast the media business is changing, but particularly how powerful the big digital players like Facebook and Netflix are becoming. As the media business moves into what he calls an age of ‘content connoisseurs’, where audiences have buckets of choice, the traditional media has to work harder and smarter.

His worry is that traditional media and brands are not acting fast enough in the face of what he calls ‘the GAFA’, the acronym for Google, Apple, Facebook and Amazon.

As a senior executive at Vivendi and Havas, with roles across both content creation and distribution as well as in global advertising, Delport has a unique perspective on TV, advertising, and audiences, and these tech giants have both deep pockets and big ambitions in the media space.

“The only way to compete with the GAFA is to work together as broadcasters and as telcos, otherwise it’s going to be really hard to compete,” he says.

Not only are the digital giants, along with Netflix, reaching out directly to the consumer, he says, but they have control of the data about their audiences and are able to serve their needs and tastes much more directly.

However, it is also providing a challenge to brands and advertising agencies, and the traditional business model of free to air broadcasting.

“Programmatic [delivery] has literally transformed digital advertising in less than three years. It has been a complete pivot,” says Delport.

“The TV networks are not ready for this and yet it is coming and we can’t stop it.

You only have to look at the Olympic audiences on NBC where 30 per cent of the total audience was not live, either watching recorded or on some kind of asynchronous feed, to see that the advertising can be completely automated. And that is a big challenge for traditional broadcasters.”

Delport points to the combined market capitalisation of the big digital tech companies – it’s over $23bn – as a threat that must be countered with more ‘bridge building’ by traditional media companies and telcos.

An example of this is Vivendi’s launch of Studio+, a content creation company that is making high-quality, shorter-form programmes destined for mobile telecom companies. Studio+ has already spent €1million per series on 25 projects that are planned to be available in 30-40 different countries by the end of the year. A deal was struck for a roll out across several Latin American countries beginning at the end of September 2016.

“It’s the first global mobile premium content offer,” says Delporte. “For telcos that are pushing video content, it’s a way to help them package better offers for their users.”

Delport is also a big believer in creating a European media powerhouse. Although Vivendi’s much reported deal to expand its European footprint by buying the premium pay business of Italy’s Mediaset was derailed during the summer over valuation issues, Delport says the two sides are still talking. Meanwhile, Vivendi’s Canal+ free- and pay-TV business is going though a re-casting of its executive team and its business model. 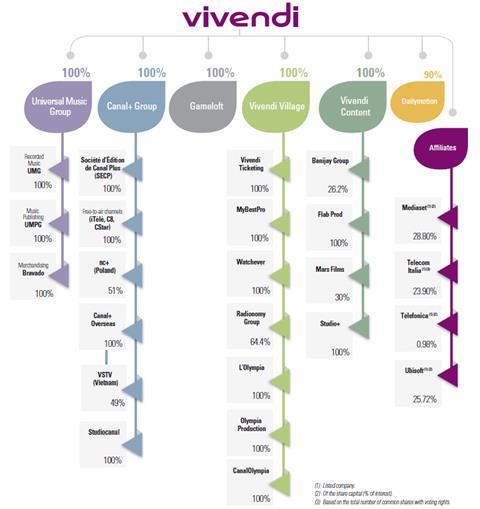 The point for Delport is that traditional media companies have advantages in creating content that resonates well with local audiences, and these need to be leveraged across many platforms and with better use of data intelligence.

“What is the future for aggregated audiences beyond big live sports and big political events?” he asks.

“However when it is about meeting everyone’s desire, then you move into the ‘my device first reality’ where I want to see the content I want to; it has nothing to do with live aggregated audiences. It is the little speedboat and not the big armada, and we have to find that business model.” 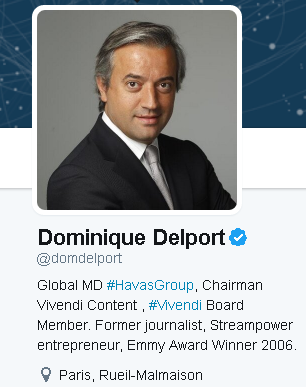 In April 2000 he resigned from a promising career in the TV Industry to jump into the start-Up world and joined Streampower, a new venture in a cross-media production company, where he served as its Chief Executive Officer.

Despite the Internet crash in 2001, the company was noted for its innovative TV, Web and mobile content.

It out-performed the market and was involved with the interactive side of all major live TV operations in France. In October 2001 Streampower became a subsidiary of the Bolloré group (75%).

In 2003, Delport launched a daily program at Canal+, Merci pour l’Info, and in 2004 he created and produced France 5’s C.U.L.T., an interactive TV show about urban culture with daily videobloggers hosted by Ray Cokes (MTV most Wanted).

The program and its producers won an International Interactive Emmy Award in 2006.

Then, after taking part in the launch of the Bolloré Group TV channel Direct 8 (which was then sold to Canal +/ Vivendi), from 2006 to 2008, Delport hosted that channel’s weekly 8-Fi, a live show about new media and technology.

As a member of the Havas Media Group Executive Committee, he now oversees all brands, clients and commercial activities as well as all research and intelligence for the Group’s 126 markets, under the leadership of Yannick Bolloré, Chairman and CEO of HAVAS. In November 2013, he became Chairman of Havas Media Group UK on top of his current role within Havas.

Since his appointment as Global Managing Director of Havas Media Group in 2012, he has led a series of global account wins for the group. He has also set up a number of initiatives that help the agency and its clients respond to the rapid developments in technology, data, content and media.

Delport is also highly involved in other businesses as advisor to the Bolloré Group’s Chairman Vincent Bolloré (Blue Solutions, Vivendi…).

He is a Member of the Supervisory Board of Vivendi SA and in September 2015, he was named the President of Vivendi Content.

This content unit is tasked with discovering talents as well as conceiving and investing in new forms of video and music content for the different brands of the Group (Canal+, Universal Music Group, Dailymotion). He assumes this new role alongside his current responsibilities at Havas.

His views on content, data and Organic Marketing have been featured on CNN, CNBC, and Bloomberg as well as in The Huffington Post, The Guardian and industry publications around the world.

He joined the Facebook Client Council, where he is the only non Anglo-Saxon Agency member. He has also been voted as one of the most influential media agency executives on social networks. In 2013 he was awarded Campaign “Top 3 UK Media Suit”.

His motto is: “The only place success comes before work is in the dictionary”.