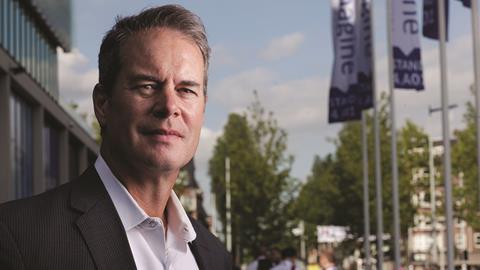 Charlie Vogt: 'The media industry is accelerating towards IP, SDN and Cloud'

Prior to joining Imagine Communications, he served as chief executive of GENBAND, the IP networking and software firm. At IBC2016 he was on an IABM Breakfast panel called ‘The Business of Broadcast and Media; Technology Supply Vital Statistics.’

IBC: The broadcast industry is in a state of flux in both content delivery and technology supply. From a vendor perspective, where do you think the smart money is being spent?

Charlie Vogt: Three years ago we made disruptive predictions about where the industry was headed: towards IP, software-defined networking (SDN), OTT and the cloud.

Looking at IBC2016 and the key themes of the show, our vision and outlook three years ago looks to be directionally correct.

We already have 25 unique IP deployments, 50 channels running on IP and 3000 live streams. The media broadcast industry is adapting to and accelerating towards IP, SDN and Cloud – the intersection of vision and reality is here.

IBC: It has prompted a new spirit of collaboration and openness among vendors too.

CV: AIMS (Alliance for IP Media Solutions) was fostered by the collaboration between Imagine and Grass Valley with the goal of creating an ecosystem from which broadcasters, TV networks, and multichannel video programming distributors would value and benefit.

AIMS is off to an encouraging start with more than 40 equipment suppliers and an increasing number of media companies, including CBS and FOX as members.

IBC: Is it fair to say this is not just a technology change but also a cultural one?

With so much technology advancement and market disruption, one of the most challenging areas we must overcome is the culture shock, or maybe better put, the freeze frame, it has created.

The pace of change is not just a mind-set shift with the technology suppliers, but maybe more importantly, with the media broadcasters and TV networks.

IBC: Is it harder to sell a solution than a box?

CV: In an industry historically influenced by pixels, flat screens and SD, it was arguably easier to design, develop, market and sell proprietary purpose-built products. As our industry transitions to software-defined end-to-end IP workflow solutions, fewer companies will successfully make the leap forward.

End to end OTT from Imagine

IBC: Has it been successful?

CV: Yes. We track success at the product, region, channel, size, scale and margin level. The number of next generation network (NGN) projects continues to increase and is up 35 per cent year-on-year.

The size of the projects that we are involved with today is significantly larger and more complex than when I joined Imagine, which was then Harris Broadcast, three years ago.

IBC: Are you still selling to the same customers?

CV: We have approximately 2,000 active customers and over 100 customers and partners that invest more than $1m per year with Imagine. These customers define the pace, influence the standards and impact the trends. We have been very active over the past two years, investing in next-generation technology and proof of concepts.

We continue to invest time, money and energy with our key customers around the globe, customers who will ultimately help us define and differentiate in the years to come. 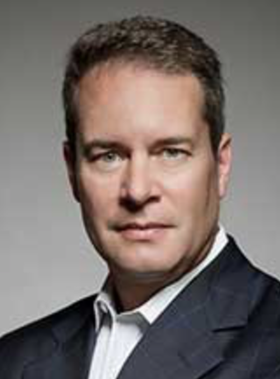 Prior to joining Imagine Communications, Vogt served as CEO of GENBAND, a global leader in IP networking and software solutions to the Communication Service Provider and Enterprise markets. During Vogt’s nine-year tenure as CEO of GENBAND, the company acquired and integrated ten companies, expanded its operations to more than 50 countries and secured 80 percent of the world’s largest service providers as customers.

Under his leadership, the company experienced a compound annual growth rate of 110 percent and increased operational earnings 9-fold. In 2012, The Wall Street Journal recognized GENBAND as the No. 1 privately-backed company in America, topping a list of 5,900 companies.

Prior to joining GENBAND, Vogt was CEO of Taqua, a market leader in soft-switch technology which was acquired by Tekelec in 2004.

Before joining Taqua, Vogt was instrumental in the operational and financial growth of four standard-setting technology companies including ADTRAN and Ascend Communications that either became public companies or were acquired. Following Lucent Technologies’ $20 billion acquisition of Ascend Communications in 1999, Vogt became part of the leadership team.

Vogt is an active public speaker and has received numerous awards for his leadership and corporate accomplishments including Finance Monthly’s “CEO of the Year”, EY’s “Entrepreneur of the Year”, Dallas MTBC’s “Corporate CEO of the Year”, Global Telecoms’ “Power 100”, Inc. 500 “Fastest-Growing Private Companies”, Saint Louis University’s and Affton High School’s “Hall of Fame”.

Vogt has served as chairman of two companies and a board member of five companies. He was a past member the Board of Directors of IABM (the International Association of Broadcast Manufacturers) and is an active member of TIA (Telecommunications Industry Association) and FCC (Federal Communications Commission) Advisory Council.

Vogt holds a bachelor’s degree in Economics and Computer Science from Saint Louis University, where he also played Division I NCAA baseball.