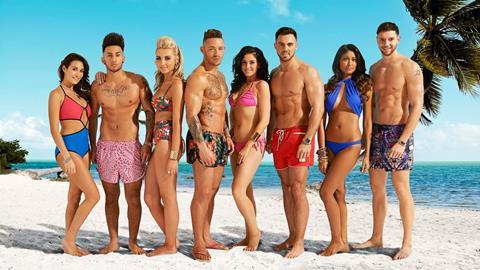 “I met my childhood sweetheart in high school and her mother got me a part time job in IT at North Shore LIJ Health Systems in Long Island, New York,” says Kline. This was in 1985, the era of mainframes and punch cards. 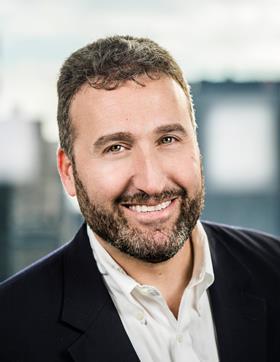 “Thanks to this, I was a jack-of-all-trades, involved with coding, system design,” he says.

Kline feels this has giving him an interesting perspective thanks to watching the evolution of systems from the way things were then to now with IoT, the cloud, and more.

He continued in healthcare for eleven years, then left to work as a technology consultant with Integrated Systems Group for two years. After that, he moved into media, first with Cablevision, then Discovery, and finally to Viacom.

Media move
His move to media came about through his consulting work with the Integrated Systems Group who worked in the channel space, delivering services and equipment. Rainbow Media Holdings, a subsidiary of Cablevision, was one of ISG’s customers.They were rolling out desktop PCs and implementing an ERP system. While working on that project, Kline got to know the management at Rainbow and was hired as Director of Infrastructure Systems.

“It was in the early days of convergence, Y2K, and launches of dot com sites and channels,” says Kline. “It was a very interesting time and the dynamics of things were beginning to shift particularly with the introduction of multichannel.

“Cablevision had just purchased Madison Square Garden and the consumer electronics retailer The Wiz,” Kline explains. “James Dolan, the CEO brought in a lot of really intelligent people to create an amazing company.”

After nearly a decade at Rainbow, Kline left to spend three and a half years as CIO of Discovery Networks, then joined Viacom in 2010 as SVP of Technology and CIO. In 2016, he became EVP and Chief Information & Technology Officer of the company.

Day to day
“My days are usually very busy. I’m a 24/7 type of guy,” says Kline. “I give my cell phone number out to anybody and I expect them to use it.”

“The audience is constantly changing and will continue to change based on the plethora of technology available,” he says.

“How do we get all your content in the cloud? How do we deliver it effectively? How do we handle your watching across multiple devices without it feeling too intrusive to you? These challenges come with a lot of change that we as broadcasters need to embrace.”

“The technology choices and the speed of change – for example, access to fast connectivity anywhere - changes the landscape and we have to address that,” says Kline. “It’s so easy to create new technology, but not so easy to figure out how to exploit it. So, yesterday’s vision of how we were going to deal with personalisation has changed and keeps changing. How do you come up with the next opportunity – not just the technology, but the content and the interstitials.”

“I can get on my soapbox on this for about a month,” he says. “It’s all about the art of the possible. It’s not so easy to reinvent yourself – at Viacom, we’re working to recreate ourselves all the time.”

“I believe in team experiences, it’s all about knowing who to lean on as partners,” says Kline. “And where you work. It’s reflective on you, and you’re reflective on it – I’m in a happy space.”

“The technology choices and the speed of change – for example, access to fast connectivity anywhere - changes the landscape and we have to address that” – David Kline

Blurred lines
Kline oversees a team of 1,000 employees, with an additional 300-500 offshore resources, and around 100 consultants who look after the broadcast stack, the IT stack, and multiplatform stack, which cover over 400 video feeds, 1000 websites, and 90 apps across different platforms.

“Disciplines are blurred,” says Kline of his team. “Our infrastructure is not just internal, it’s global. I want to make sure they’re delivering the proper quality for the proper need.”

“Throughout the day, I have conversations with staff about projects, as well as working with teams to explore newer things in the space that might be meaningful to us like blockchain and the cloud,” says Kline. “You become an influencer and a point of contact, but you’re only as good as the people who work around you.”

He spends time working with the other members of the executive team as well.

“You have to be shrewd enough to know when you can say, ‘give me some time to figure that out,’ or when you can take a risk and propose something innovative. It’s important to really understand your world to enable good, logical decisions, and becoming a good confidant,” he says. “I want to come back with responsible answers, rather than ‘unresponsible’ answers.”

What gets him up in the morning?
“I really love technology and I love working with the people here specifically,” says Kline. “From basic daily work, all the way to coming up with something that you might want to patent.”

Kline finds the environment of Viacom stimulating. “We touch the consumer in so many different ways – B2B, B2C – reaching the consumer via hardware as well,” he says.

“The improvement of connectivity changes the way you can deliver to customers – inside and outside the walled garden,” explains Kline. “Apps are a major shift and they are a consumer-based shift. It’s not yesterday’s version of what you’d do in an SEO environment.”

But he holds on to the famous statement, “content is king,” made by Viacom founder Sumner Redstone.

“Kline says: ‘You have to curate and work across all the pillars in the space. Not just the shiny new things. Content is the one constant.”

So, what keeps Kline awake at night?

“I sleep pretty well,” says Kline “but it depends on what’s going on with the world. Social issues like gun control and the shooting in Florida, is an example. When it’s a personal issue that affects business – how do you do good in the world? What does it mean to do business and what does it mean for the Earth?”

He goes on to describe the actions taken by Viacom in the US to support the recent student walkouts in protest of gun violence.

“Viacom blacked out its channels and apps to show support and stand by the students,” explains Kline. “I commend leadership for taking it on and I commend our techs for making it happen.”

Issues on the engineering front come when, as Kline says, “when it’s too quiet. A bad snow day for example. Up to now, things haven’t gone too crazily wrong, knock on wood. If something hits all platforms at once, that’s a crisis day – you have to stay calm. It could be a platform thing or a connectivity thing, but it would be an abnormal day if all of those things crop up at once.”

The short term
“Viacom is in a phenomenal place right now,” says Kline. “Robert Bakish, our new CEO wants to bring the swagger back to Viacom. He is dedicated to putting out programmes that have resonance with our audience.” 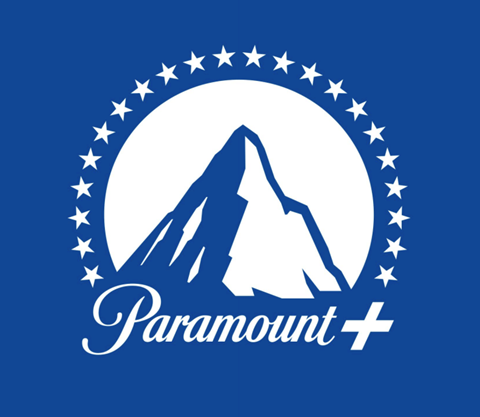 “He leads by example, and wants to create ‘one Viacom,’” Kline continues. “He brought back a sense of ‘us.’”

“Viacom has a wonderful mix of technology and changing landscapes,” he says. “It’s the continuance of convergence, of multi-discipline.”

Kline is looking closely at the implications of efficiency and innovation. “We are coming out with Paramount Plus, a new service,” he says. “It’s an evolution of our app stack, just a more consolidated view. We are also looking at addressability in advertising and the implications of the cloud.”

The long term
According to Kline, Viacom’s long-term focus is customers’ access to content. “The biggest thing today is about consumers being able to find our content anywhere, at any time, and our being able to deliver it,” he says. “Finding content, deploying content, archiving content – it’s something we take very seriously.”

“Our goal is building more scalability,” he continues. “It has to be reliable and consumer friendly. Brands like MTV are across the world. We want to have a consolidated app stack to be able to deliver all the various versions of the brands and channels.”

“Satisfying our consumer is job one: B2C, B2B, and internal. Some cases we’re back office and sometimes we’re front,” he says.