Following the announcement that IBC2020 has been cancelled due to the coronavirus, IBC chief executive Michael Crimp speaks to IBC365 about the decision to cancel, and plans for going virtual. 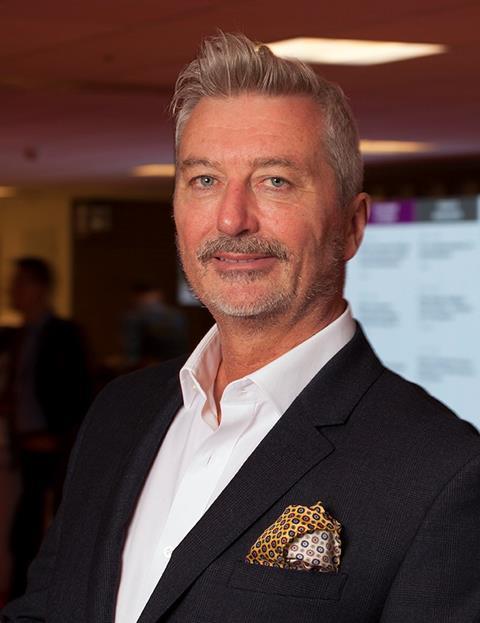 Why did you decide to cancel IBC2020?
The reason was that we could not guarantee that we would be able to deliver a safe and valuable event. Over the past few months, we have been keeping a close eye on the spread of coronavirus and the response of governments around the world. We have been assessing and planning for different scenarios, but it became clear that we would not be in a position to put on the kind of show that people expect of IBC; there were just too many unknowns.

It was also increasingly apparent that the restrictions that we would have needed to put in place to ensure social distancing would have devalued the experience for everyone.

Cancelling is frustrating for all of us, whether you are an exhibitor, attendee or member of the IBC team who work so hard to deliver such a great show, but we are confident that it is the correct decision and the response we have seen from the industry suggests most are in agreement.

What has the response been from exhibitors and attendees?
It’s been overwhelmingly supportive. There is obviously a lot of disappointment, but the vast majority of exhibitors and attendees appreciate that while this has been a difficult decision it is in the best interests of our industry and the wider community. We have had lots of messages of support from people who say they are already looking forward to IBC2021.

There were calls from some exhibitors for an earlier cancellation of the show. Why didn’t you cancel the show a few weeks ago?
Some exhibitors had withdrawn from IBC2020 and of course we fully respect their decision to do that. However, at the point at which we cancelled, the vast majority of exhibitors remained committed to IBC2020 and we could also see from the number of people who had registered to attend that there was significant appetite among the industry for IBC2020 to take place. With so much uncertainty, we felt that the closer we got to September the more clarity there would be. But the feedback we had from the market was that exhibitors wanted a clear decision, and so we needed to make that call.

The timing of the decision was driven by a few factors. Firstly, there was a call from the industry for a decision now so that they could concentrate resources on regrouping and recovery.

However, the government’s plans for future months did not offer the certainty that the environment would be safe and suitable for a high-quality event experience. Nor was it clear how usually simple things like flights and border controls would work in September. So, using IBC to rally the industry became too risky.

And of course, there is still the threat of a resurgence of the virus across society.

We announced the cancellation at the start of this week - four months before IBC2020 was due to take place - which we felt would give all those who were going to be part of the show enough time to adjust their plans. The general response has been sympathetic and positive, and that it was the right decision at the right time.

In your cancellation announcement you mentioned a virtual event. What can you tell us about this?
From our conversations with exhibitors and attendees we know that there is appetite for IBC to provide a platform for exhibitors and for the insights delivered by the conference programme. We are fortunate in that we launched our year-round platform, IBC365, back in April 2017, and so we will continue to use this to share industry news and insights. We will also launch a virtual event that will take place in September that will provide exhibitors with a platform to showcase their products and latest news and host a programme of original content of the quality that you would expect from the IBC conference. More details on this will be announced very soon.

What impact will the cancellation of IBC2020 have on IBC and your plans for IBC2021?
Our focus right now is speaking with our exhibitors and doing all we can to make sure they are aware of the options available to them. We know that there will be some challenging times ahead for many companies in this industry, and IBC as an organisation is no exception, so over the coming months we will continue to engage with the media and technology community to make sure that we are able next year to deliver the best show for the industry.

IBC has an important role to play in helping this industry to thrive. Because of the size and scale of an event like IBC, it takes more than a year to pull together, and so the team will shortly begin work planning and preparing for IBC2021.

What message would you like to send to exhibitors and attendees now that the show has been cancelled?
Firstly, I would like to thank everyone for their messages of support. We welcome all feedback and we are keen to hear from as many people as possible; your views shape IBC and so I would encourage you to get in touch with any comments or suggestions. And I would like to reassure everyone that we will do all we can to deliver as many of the things that you expect and enjoy from IBC but in a virtual environment in September.