In the first of this series looking at innovators who have changed the media and broadcast industry, IBC365 speaks to Avid founder Bill Warner about transforming the editing landscape.

Invention is the mother of necessity and all that but there are only a handful of people equipped to turn a problem into an opportunity. Faced with the torture of editing video using existing linear technologies, 28-year old Bostonian Bill Warner channelled his frustration into launching the company that has dominated digital editing for the quarter-century since. 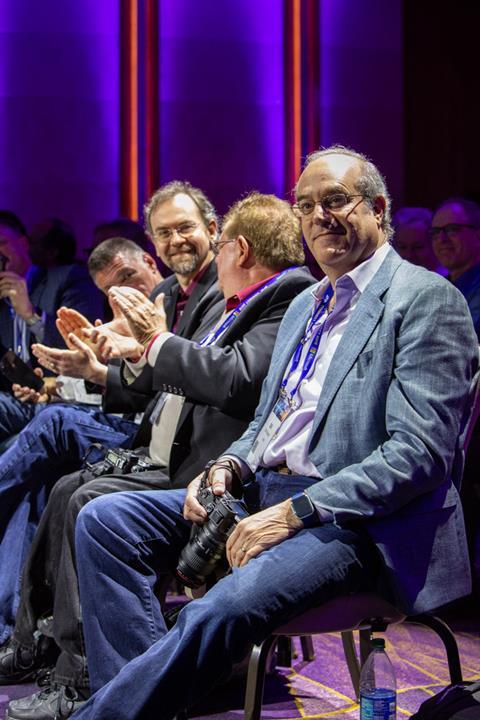 Author Russell Evans declared Avid’s breakthrough “the biggest shake-up in editing since Méliès played around with time and sequences in the early 1900s.”

That ignores the strides made by Sergei Eisenstein, Charlie Chaplin or any of the dozens of editors and filmmakers working before 1980 but there’s no doubt that Avid shook up editing technology and put a whole new set of creative storytelling possibilities into the hands of a lot more people.

Put it this way: pre-Avid, film editing relied on the century-old technique of cutting and splicing frames of celluloid together using flatbed systems like the KEM, Steenbeck and Moviola.

This slow and clunky approach (nonetheless demanding a discipline many older editors decry in modern NLE) was actually a lot more non-linear than the prevailing videotape editing technique which by the 1970s involved playing back master footage from one machine and copying select takes onto another.

This was the linear wall confronting Warner in 1984. He was a marketing manager at 3D graphics workstation manufacturer Apollo Computer when he decided to make a series of ‘how it works’ videos to assist the company’s sales team.

“I went to the local postproduction house armed with U$3000 to edit the first one and was bitterly disappointed,” he relates. “I assumed that something like Avid existed when in fact there was this giant disconnect between the idea of digital editing and the actuality of computer editing at that time using tape decks to perform frame-accurate linear editing.”

The seed was sown. “My initial strategy was to wait for technology to advance,” says Warner. “Seventy-five videos of increasing complexity later and it was clear nothing was going to give.”

Accident and opportunity
History may have taken a different turn had not Warner suffered an accident aged 18 that severely damaged his spinal cord and left him using a wheelchair, and eventually, crutches.

While in rehab, the teenager had the idea to help other paraplegic’s take back control by designing a ‘whistle switch’ to perform functions like turning lights on and off, changing TV channels and dialling the telephone.

He started the Bionic Control Corporation to market the device, which helped him get into MIT. He wrote his MIT thesis on improving a handcycle for people with disabilities (an interest that saw him start-up New England Hand Cycles to manufacture them a few years later).

It was his experience at 3D CAD company Boston firm Computervision and at imaging hardware developer Lexidata plus his time at Apollo that gave him the keys to build Avid.

“What is interesting is how all the pieces of the puzzle came together,” he says. “People forget how hard this was. Nobody had shown motion video in a computer for anything longer than 30 seconds that wasn’t run without specialised hardware.”

The processor Apollo engineered was nicknamed Giraffe “because that’s how far out we were sticking our necks.” It formed the basis of the workstations on which Warner would demonstrate the first Avid prototypes.

“To do something like this you have to get people to imagine what is possible,” Warner says. “If we resign ourselves to living in a world where we have to show the real thing in order for them to believe then we’re all in trouble.”

The Avid originals
Warner’s friend, engineer Eric Peters, and Greg Cockcroft, a college graduate who had clicked with Warner on a business meeting for Apollo, joined him in the endeavour as CTO and “chief problem solver” respectively. 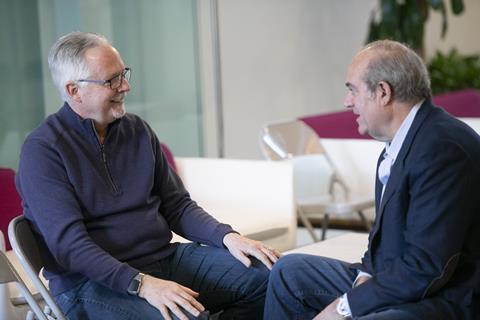 They worked out how to scan, compress and digitise video and display the result on screen.

The proof of concept which convinced investors to put $500,000 into initial development was based on a series of still images displayed rapidly to simulate video.

“For the first time you could see what looked like live video, but there was no sound,” Warner says.

For all the ingenious soldering and coding, it was the efforts they made to talk with editors which lay the foundation for success.

Peters says: “We began by taking more than two years to study the art and craft of editing. We made no products during this time, only prototypes, which we showed to hundreds of working editors, in every corner of the industry, from feature films to commercials to music videos to infomercials and industrials. We built a lot of prototypes and tried a lot of models.”

“We got really good at listening to customers,” Warner adds. “Eric would go out and listen to 100 editors, write down copious notes of all their problems and go back and solve 97 of them.”

With its three processors working in parallel, the Avid/1 could simultaneously handle full-motion colour video at 30 fps and two channels of 44Khz, 16-bit CD-quality sound. The main editing window simulated the familiar source and record monitors of a traditional editing system. A timeline window displayed a map of the edited sequence. Priced between $50,000 and $80,000, Avid integrated all of the monitors and tape recorders that were previously needed to get from one place to the next in the video editing process. Avid did it on a PC-based platform and in a visual way that let editors click directly on an image.

Most importantly, it provided random access. “Linear editing meant that if you changed your mind, you lost your work. It was really painful. Non-linear meant you could keep building without losing your previous selections.”

Warner, Peters, Cockroft and Bedell, are the patent holders of the ‘method and apparatus for manipulating digital video data’ at the heart of the machine.

By the end of 1989, the company posted revenues of $1 million. By the time it went public in 1993 revenues had jumped to $112 million. That was the same year that Lost in Yonkers, directed by Martha Coolidge, became the first studio feature to be edited (by Steven Cohen) on the system.

By 1995 dozens had switched to Avid, away from celluloid, a move cemented in 1996 when Walter Murch accepted the Academy Award for editing The English Patient, which he cut on the Avid.

Success, resignation, invention
By that time, Warner had resigned from the board. 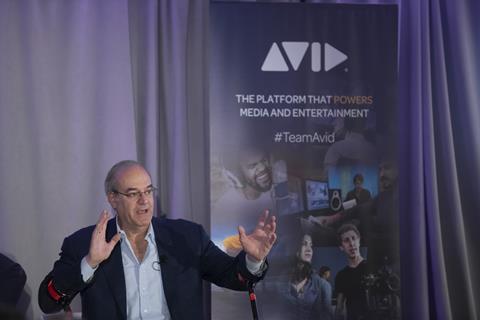 “I am a starter, not a person who will scale a company up,” he says.

He has since designed the first speech-based electronic secretary, a precursor to Siri and Alexa which sold to Orange in 2000 and set up FutureBoston, designing high-resolution mapping systems that combine past/present/future maps as layers long before Google Maps. He continues to focus on open-source designs of mobility tools for those with disabilities and has angel invested in more than fifty companies.

Avid was awarded an Emmy in 1993 the Media Composer and a technical Oscar in 1999 for its success in transforming the editing process in filmmaking.

One of the creative changes enabled by NLE is in the number of cuts per show. Film and TV shows of yesteryear can appear slower because the average shot length (achieved by dividing the length of a film by the number of shots) is longer than more modern productions. Figures from online database Cinematics illustrate the gradual decrease in ASL: for example, 1932 classic All Quiet on the Western Front has an ASL of 9.2; Chaplin’s The Great Dictator of 1940 (14), Don’t Look Now in 1973 (5.8) and the original Terminator from 1984 (3.9). Edgar Wright’s Baby Driver has an ASL of just 1.6.

Warner was recently inducted into the US Patent office’s National Inventors Hall of Fame which puts him alongside such luminaries as Thomas Edison.

“Clearly my work has nothing on Edison – but I guess I did enough!” he says. “I am proud of Avid having played a foundational role in the creation of digital NLE.”