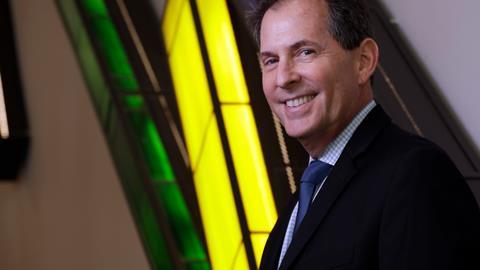 Dealing with the Digital Dilemma

Digital movie archives can be short-lived, and without concerted effort we risk losing part of our cultural history.

It is one of life’s ironies that the older a recorded document is, the longer it is likely to last. An ancient inscription, mediaeval parchment or Shakespeare first folio is still clearly legible today. Although now brittle with age, an original print of a Charlie Chaplin movie or a 78 of the Great Caruso is still playable with care, and the equipment on which to do it is pretty universal. 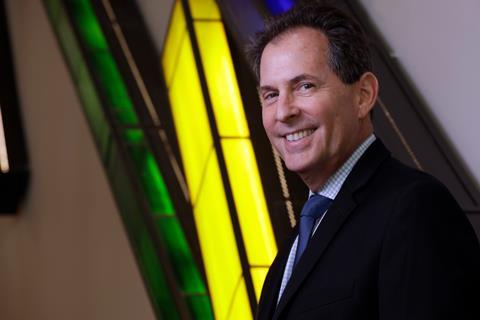 But a digital recording can present real difficulties. Magnetic and optical media have a surprisingly short life – often just a few tens of years – before they start to break down. Several generations of technology may have been consigned to the dustbin since a recording was made, rendering indexes and file formats obsolete and the data all but irretrievable. And the whole archive may be lost forever if a disk drive fails and reliable backup copies have not been made.

This ‘digital dilemma’ is particularly acute in the movie industry, which arguably relies more on digital media than any other art form.

“The long-term preservation of important digital assets is a multi-dimensional challenge, and if all aspects are not handled correctly, the result is data loss,” says Andy Maltz, Managing Director of the Academy of Motion Picture Arts and Sciences’ Science and Technology Council.

A decade ago Maltz co-authored a report for the Academy, entitled The Digital Dilemma. This pointed out that, as more movies are shot and edited digitally, most of the material associated with them is not being preserved in reliable, long-term archives.

“The digital equivalents of ‘B neg’, trims and outs, and other ancillary materials available and commonly used for non-theatrical distribution are not saved as film but as digital data that needs to be actively managed or ‘migrated’ to new digital media formats every few years,” said the report. And as distribution and projection are increasingly going digital, even a master print of the movie may no longer be stored on film.

Shooting in digital is so cheap that directors tend to shoot far more footage than in the days of film. Add in all the associated material that goes with a modern movie – ring tones, stills, promo footage, games etc – and a single title may generate well over three petabytes of data.

“The decisions as to what materials to hold, what to preserve and what risk management decisions are needed… all place new pressures on management,” said the report.

‘The industry is pretty clear that it needs a digital preservation plan at least as good as what it has now for analogue film, which meets a 100-year access requirement’

A decade later the fundamental problem is still with us, Maltz believes. “The industry is pretty clear that it needs a digital preservation plan at least as good as what it has now for analogue film, which meets a 100-year access requirement,” he says. “While awareness and data management practice have improved over the years, the basic dilemma remains unsolved. That is, the nature of planned technological obsolescence is such that perpetual technology refresh and operational updates are required on a much more frequent basis than with motion picture film.

“The key challenges for the future include mitigating the need for two- to five-year technology migration cycles, continued development of data format and data handling standards, and making the best practices used by large, well-funded organisations accessible to independent filmmakers and smaller, non-profit audiovisual archives.”

However, there is some good news. A significant step towards creating universal data standards has been taken with the creation of the Academy Color Encoding System (ACES). More than 10 years in the making, it is intended to be the industry standard for managing colour throughout the life cycle of a movie or TV production.

ACES is a free, open, device-independent colour management and image interchange system that can be applied to almost any workflow, including image capture, editing, VFX, mastering, screening, archiving and future remastering. It is designed to ensure a consistent colour experience that preserves the filmmaker’s creative vision.

“From its inception ACES was intended to address one piece of the Digital Dilemma: the need for standardised digital image data formats,” says Maltz. “With the introduction of the Academy Digital Source Master specification, the underlying collection of SMPTE standards – the ST2065 suite plus IMF 2067-50 (and soon to be ISO standards) – there’s now a fully defined specification for the finished motion picture.

“That’s a key element of solving the Digital Dilemma, and it’s fair to say that ACES is more important and wide-ranging than its name implies. Once you dig into the details of using ACES to build consistent and high-quality image pipelines, the extended benefits relating to final deliverables become readily apparent.”

A modern movie or TV show is often a complex collaborative effort involving many companies using digital image capture, image creation and editorial workflows that are much harder to integrate than in the days of film.

Several digital cameras plus a film camera may all be recording to different media in different data formats. Post-production editing, visual effects and mastering may be split between multiple companies where digital image files may arrive in any of a dozen formats and colour encoding schemes, often lacking essential metadata. The final product could range from large-screen film prints to encodings for mobile devices. It is these types of issue that ACES is designed to solve.

Academic leader
Maltz is the Project Director for ACES. His previous roles included CEO of Avica Technology Corp, consultant to companies such as Sharp Electronics and Microsoft, and Executive Vice President of Operations and Engineering for nonlinear editing pioneer Ediflex Digital Systems. Maltz served for eight years on the US National Archives Public Advisory Committee for Electronic Records Archives and is a founding board member of the Academy Software Foundation.

Now he heads the Academy of Motion Picture Arts and Sciences’ Science and Technology Council. He is responsible for developing and implementing the Council’s operational plan and representing the Academy on science and technology issues.

Ever since the Digital Dilemma was first identified, the Academy has had a strong preference for open source software over proprietary offerings. “Getting locked in to a proprietary solution from a single vendor gets very expensive, and also carries the risk of complete obsolescence should that vendor go out of business,” says Maltz.

More than 80% of the industry now uses open source software, but this raises a whole set of concerns of its own, from technical quality, multiple versions and legal and licence issues to long-term viability, standards and compatibility. So another key priority for Maltz is the Academy Software Foundation (ASWF), launched in August 2018 in collaboration with the Linux Foundation as a neutral forum for open source software developers to share resources and collaborate on technologies for image creation, visual effects, animation and sound.

“The ASWF provides for an industry-supported and operated forum that improves the chances for open source projects such as ACES, OpenEXR (the underlying image file format for ACES) and others to be maintained and further enhanced far into the future,” says Maltz. “The list of 50-plus open source projects being used throughout motion picture, television and game production makes clear the importance of open source projects, and the supporting members of the ASWF – plus the participating engineers who actually work on the code – are coming together to pool their efforts.”

It seems that the Digital Dilemma is at last coming closer to being resolved.