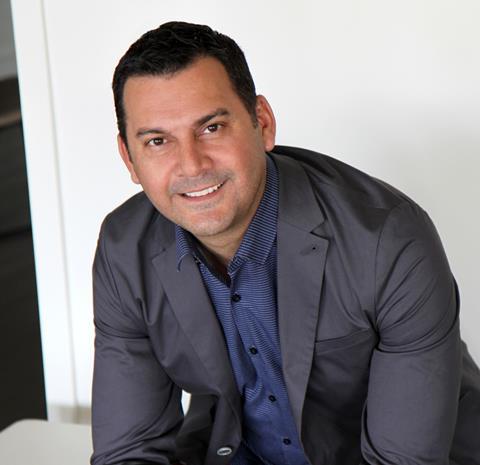 During his 15 years of internet and digital media problem-solving, ten of which have been in streaming media platform development, Ariff Sidi has been busy. Sidi, the GM & chief product officer, Media Platform at Verizon Media, has authored 11 patents, several of which have helped define industry best practices for online video and advertising, and have acted as precursors to current industry standard specifications.

So when he describes the companies that sit on Verizon’s streaming platform as “the who’s who of broadcast media,” he’s speaking from close familiarity.

The three main product lines of the Verizon Media Platform are intertwined, Sidi says, with the first being the company’s streaming platform.

“The second is our content delivery network (CDN), which is one of the largest in the world. It supports our streaming customers and also a variety of other companies across social media, finance, travel and high-tech that use the CDN for more general-purpose object delivery. Then the third is our security portfolio, which we rarely sell separately from the CDN, so those two go hand-in-hand.”

Lockdown effects
“The pandemic presented a unique challenge to our business,” continues Sidi. “Given our unique strengths in live streaming, our streaming platform is pretty heavily exposed to live sports. Literally overnight that traffic disappeared, and we saw an associated revenue drop for the sports streaming on our platform. However, simultaneously, people were sitting at home consuming a lot of OTT and other media services, so our CDN traffic picked up.”

Sidi considers the lockdown a catalyst not just for media & entertainment, but also across many industries.

“It accelerated a lot of things that were already happening,” he says. “Telehealth and remote learning were things that were slowly on an upward trajectory and then overnight, everyone’s doing it.  These are not spaces that we play in, yet they are streaming technologies, and so obviously we’re thinking about how we help in that space.

“I think the same thing is absolutely true for broadcast and OTT,” he continues. “I think it dropped a big rock in the pond, and those waves are rippling out and accelerating change and adoption faster than might have happened otherwise.”

So what’s Verizon doing to help its OTT customers?
“We’re constantly thinking about how we help our customers evolve as the market evolves and as consumer expectations evolve,” says Sidi. “Recently Verizon Media launched a WatchTogether co-viewing experience on Yahoo! Sports that allows you to watch a football game live with three other people. You have this synchronised stream of the game at the top of your screen, with a real-time group video chat sitting below.

“WatchTogether as a product is a direct result of the consumer demands that our customers see,” he adds. “While Yahoo! Sports is an internal customer, we’re getting interest from our external customers as well. They want to know how they can bring a similar experience to their users, as consumer expectations evolve and change due to this impact.

“We were already working on real-time streaming, but it wasn’t really for the video chat use-case. Then all of a sudden, the requirements changed because consumer expectations changed, the market has evolved, and so has what our customers want.”

Machine measures
There’s been a lot of talk around machine learning and AI deployments to help media and entertainment providers navigate these challenging times. Indeed, Verizon is exploring this for streaming customers.

“I wouldn’t say our usage or our plans [in this area] have changed as a result directly of the pandemic, but we do explore how these new technologies will evolve,” Sidi says. “What do we believe the impact will be to the consumer experience?

“I think machine learning is going to have applications, obviously in video and around computer vision, but how does that impact and enrich an experience?” he continues. “Let’s say you’re watching sports and we’re using a computer vision model that’s trained on football. We can detect the players, read their jerseys, pull up stats on the video overlay and give the consumer control over that. That’s a perfect application of machine learning technology.”

Advertising offers another opportunity for AI. “Inside of Verizon Media, we’ve done a lot of exploration into this already, such as surface detection inside video content,” says Sidi. We’re conducting this interview over video, and the GM points to the whiteboard on my office wall.  “The computer vision algorithm could detect that there is a surface there where an ad can be overlaid, and we can do that in real-time,” he says.

“The technology is there, but many other pieces need to fall into place as well. For example, the customer must have the rights to overlay advertising on that video. So while there are interesting applications of the technology, we also have to consider how it impacts the rest of the ecosystem.”

Then there is the monetisation of that video service, all the more pertinent now when traditional ad revenues are falling. What are consumers willing to accept as part of the package?

“I feel like the industry to a large extent still thinks about monetisation of content in a binary way,” replies Sidi. “It’s either ad-supported or via subscription-based models. In my mind, those are actually two things on the same spectrum. A consumer is either paying with time – advertising – while at the other end of the spectrum, they’re paying with cash. We’re starting to see some of our customers provide consumers with flexibility about where they want to exist on that spectrum. Monetisation innovation is vital and something that certainly our customers are looking at.”

However, this veteran of the steaming revolution is surprised by the lack of innovation in OTT advertising.

“Despite simulating broadcast, and despite the streaming of content from a broadcaster to an audience of millions, OTT is fundamentally a unicast experience,” he says. “It’s a stream that is going directly to you, and the ads can be inserted just for you.

“Yet we still rely quite heavily on sample-based measurement as the currency that makes the ad industry work,” he continues. “We have the ability today to measure very granularly what is happening on the consumption side of your distribution - we no longer need to sample when we can measure specifically.

“I ran the engineering team that launched ABC’s full-episode streaming product in 2006,” he adds. “It’s now been close to 15 years later, and we’re still relying on sample-based measurement.”

Delivery mechanics
Sidi also found it surprising that while internet delivery has lowered the barrier of entry to anyone who wants to deliver a television service, there aren’t actually that many people doing it.

“You don’t have to launch satellites and you don’t need cable infrastructure – the technology is accessible. But while we’ve seen a proliferation of OTT services, I originally expected a greater number of niche services at a lower price point,” he says.

‘The industry, to a large extent, still thinks about the monetisation of content in a very binary way’

“In hindsight, I think it tells us that creating high-quality content is still very hard. And it’s really expensive. If you are someone who is producing content, then you want to get the most scale for it, which means you’re probably not looking at a niche service, nor are you considering distributing it on your own. You probably want to put it on a platform that has significant reach.”

Sidi says current thinking at Verizon is how it can help a little bit more.

“I would say the core of our vision is to continue to do what we’ve been doing for our customers and to be a good partner. I think the other thing that the pandemic has shown us is that streaming technology is not just something for media and entertainment; it is impacting every single industry and becoming a fundamental necessity for all businesses.”

“We’re obviously very strong in media and entertainment,” he says. “We want to continue to be a trusted partner for our customers. Those who want to build their digital businesses need someone like us to help them do it, where they can offload all of that complexity.

“From a strategic point of view, we’re in the process of evolving our global network into an edge computing cloud,” he reveals. “Focusing those edge compute capabilities on what we know really well, which is video.

“We’ll be able to use our 160 PoPs around the globe, with video capabilities sitting at the edge, to power video in all its forms. I would say that is an evolution of our platform, of our CDN, which is absolutely necessary. You see this with other competitors in the space, who also have edge computing capabilities, but what they don’t have is the video expertise of Verizon Media.”

Verizon Media"We connect people to their passions by bringing them more of the things they care about, with experiences they can’t get anywhere else."