Black Mirror series designer Joel Collins was integral to creating the look of the Charlie Brooker series. He reveals how he creates such rich visual worlds, from Netflix’s Black Mirror to working on the hugely complex BBC/HBO adaptation of Philip Pullman’s His Dark Materials.

There’s already plenty of speculation about the future technology and dystopian worlds that will be unveiled in the upcoming fifth series of Netflix hit Black Mirror. 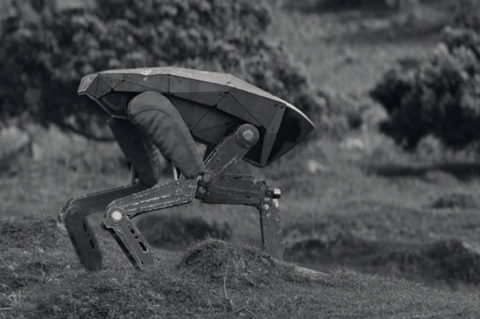 Black Mirror: Metalhead episode was shot in black and white

This sense of anticipation was only heightened when a surprise interactive episode, Bandersnatch, was released over Christmas.

However, when the fifth series of Black Mirror launches later this year, there will be one very significant behind-the-scenes change.

The production designer Joel Collins, who has worked as series designer on the past 19 episodes, moved on after the fourth season to work on the BBC and HBO’s upcoming adaptation of Philip Pullman’s His Dark Materials.

Collins, who is a co-founder of design studio Painting Practice, was integral to creating the look and tone of Charlie Brooker’s dystopian series.

Each episode of the sci-fi anthology has its own standalone story, set in a distinctive future world – and each has its own director and production crew to give it a unique feel.

However, when Collins was first approached about working on the production design for one of the first three episodes, he insisted on working on all of them – or not at all. He didn’t think the job would make sense otherwise, as the episodes might differ in tone too much to fit together as part of an anthology.

“I treat design like visual scripting. The environment speaks as much as words.” Joel Collins, Painting Practice

“I felt it was the only way to manage the tone of an anthology like this, and to understand how different you need to be between each one,” says Collins, who credits include The Hitchhikers Guide to the Galaxy, Son of Rambow and the upcoming adaptation of Watership Down, and who won BAFTAs for The Day of the Triffids (2010) and Black Mirror (2018).

Collins added one more caveat during his initial discussions about working on Black Mirror: he wanted to work not just across production design, but also on the title sequence, motion graphics and visual effects too.

In other words, he wanted to be across the whole filmmaking process of the series.

“I treat design like visual scripting. The environment speaks as much as words,” says Collins, who teamed up with Dan May in 2007 to create Painting Practice, which combines concept design, production design and visual effects under one roof. 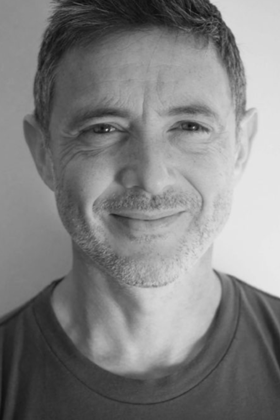 Collins, along with Brooker and producer Annabel Jones, was a key figure in the production of Black Mirror, helping to provide a sense of continuity across the series.

Before it was poached by Netflix, the first two series of Black Mirror played on Channel 4 – and the budget was relatively tight for a show which needed to create ambitious future worlds from scratch for each episode.

So, Collins’ initial work focused on establishing the right tone. From the beginning, it was all about creating a subtle production design that would allow the story to play out without being too distracting.

“The phrase I would use related to Black Mirror is, “Just because you can, doesn’t mean you should,” says Collins.

This sounds a deceptively simple maxim for the series, but it turned out to be a crucial one. After all, the design for each episode of a series set in future or alternative universes could have been as weird and wacky as the programme makers wanted it to be.

Instead, the production design was deliberately restricted and not pushed too far. “Black Mirror is not like a movie where it is all about the world you have created – it is not a world that is so overt that it overplays its hand,” says Collins.

“My instinct was, no matter what the story, to make it look plausible, attainable and just about right.”

He sums it up with an anecdote about an early episode in which a piece of technology could be swiped by characters. Rather than aping a movie like Minority Report where the characters use huge gestures to swipe screens, the Black Mirror tech was all about small, discreet swipes. “We thought very carefully about how people would really behave,” says Collins.

Visual effects played an important part in Black Mirror. “But we tried to do as much in camera as we possibly could. It was all about keeping it as subtle and naturalistic as possible.”

Collins’ company Painting Practice produced much of the VFX in-house, but as the series got bigger it contracted VFX work to the likes of Framestore, DNeg, MPC and Jellyfish.

He cites the first three episodes - The National Anthem, Fifteen Million Merits and The Entire History of You - as ones that he is particularly proud of, for the way in which they helped set the tone of the series.

However, each of the 19 episodes he worked on was ‘extraordinarily complex’, says Collins.

For the upcoming series of Black Mirror, an individual production designer is now working on each one. 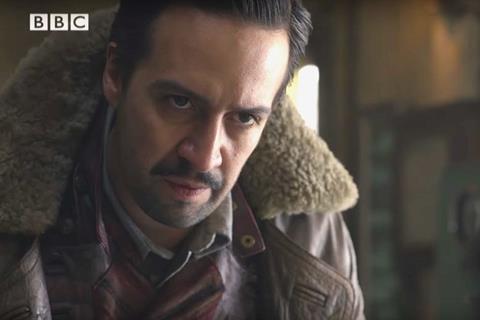 His Dark Materials: A scene from the upcoming series

He has no doubt the new series will be a huge success, and says his decision to move on to His Dark Materials – expected to air on the BBC in the UK and HBO in the US later this year – was tough. It was also about seeking a new challenge.

“Leaving Black Mirror is utter torture because I was there from the beginning,” says Collins.

“I wanted to be part of a show that would challenge every bone in my body. I was looking for something that would be a true test of my mettle. The hardest thing in fantasy is trying to show a mass group of people what they’ve only previously seen in their minds.”

As well as a being a hugely complex production, His Dark Materials is being made by an impressive team: Jack Thorne (Harry Potter and the Cursed Child, This is England ’88) is adapting the book, while Tom Hooper (The King’s Speech, Les Misérables) is lead director. The series is produced by Jane Tranter and Julie Gardner’s new indie Bad Wolf.

As with Black Mirror, Collins is working right across the design of His Dark Materials – overseeing the creation of the entire physical and virtual world of the series.