Want to get to grips with the Interoperable Master File (IMF) standard? Mark your diary for IMF 101, taking place at IBC this year.  George Jarrett talks to Bruce Devlin, AKA Mr MXF, in advance of this sure to be a popular event at IBC. 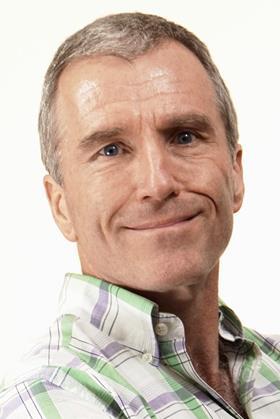 “It will be a co-ordinated gig involving myself plus the vendors OWNZONES, Dalet, Marquise and Venera, plus Fraunhofer Digital Cinema Group,” says Devlin. “We will explain what IMF is, and show people that IMF is ready for action right now.”

Not just for Hollywood
“If you look at the current use of IMF the majority is still the Hollywood majors distributing their movies and Netflix bringing content into their facilities,” he adds. “This is by volume the biggest use, but the next phase is the adoption of IMF by broadcasters and content producers for TV interchange.

“By volume there is an awful lot more of that stuff than there are Hollywood movies,” he continues. “If you look at the money people spend per title to move a movie from A to B, it is a lot more than you would use to shift an episode of EastEnders. So what we plan to show is that IMF is a tool for automation and for scaling, and explain different IMF workflows.”

IMF is simply a way of annotating and storing your media, so that you can put automated workflows in place.

“It is not a dessert topping or a floor wax, nor a security solution,” says Devlin. “It forms a part of a number of different layers in your workflow that allow you to go into different industries. IMF is the way that you represent media if you are going to make different versions.

“Digital advertising is a great example of where IMF could be really useful, because it allows you to store and automate the minimum amount of stuff in your database, to maximise the number of different versions and maximise the monetisation of any advert you create,” he adds. “That is what IMF was designed and standardised for. There can be loads of different versions, all based from the same master; multi-story arcs involving video are exactly the same sort of thing.”

Developing fast
IMF was the first app, so to speak, that SMPTE franked, and it suggested a new approach to its standardisation work ethics

“The IMF Group is being quite forward thinking in terms of how we take some software methodologies and practices and apply them to standards development without having to change any of the basic rules,” says Devlin. “Techniques like Scrum and Agile, and the various other ways software developers get together come into play; even though they are not sitting in the same place, same country or same time zone, they are working collaboratively.

“That’s really what a standards organisation is,” he adds. “We are a bunch of people who are not co-located, but we are trying to solve a common problem in a nice agile way.

With the help of the IMF community SMPTE has introduced things like GitHub for issue tracking. How this works can be explained by the example of a ‘plug-fest’ involving 20 vendors.

“After connecting all their products together, we may discover that App 2E, section 6.5 has some ambiguity in the text. We do not resolve it in the plug-fest, but we make a note of it in our GitHub issue tracker,” says Devlin. “Then we gather any issues and we treat them just like a software project, because they are effectively bugs in the spec. We eventually come up with solutions and we revise the standard.”

This is exactly what is happening now within the SMPTE community.

“We have taken some software methodologies and revised the IMF standards, and they will be re-published before the end of the year or early in 2020. These will be robust standards that have been developed really quite quickly,” he adds.

Mezzanine matters
One discussion area at the IBC event is sure to be mezzanine levels.

“You might have shot your original content in RAW for a high dynamic range and wide colour gamut cinematic original, and you might then store that as IMF using the ACES format,” he adds. “Mastering once from that ACES master you can then synthesise an HDR Dolby Vision version, a HDR10+ version and an HDR HLG version, plus the standard dynamic range for secondary distribution.”

Grading and generating those different colour space masters is an expensive job, but once you have got those secondary colour spaces made you can then apply much more simple and straightforward rules to versioning the timeline. You can then perhaps take the SDR master and put it out to several streaming services.

“IMF has different codecs and different representations, depending on where you are in the value chain. You use the right codec in both the right place and at the right time, for maximising the monetisation of your content,” says Devlin. “IMF does not really care about the codec, but we want to make sure that all the codecs are interoperable.”

“There is nothing technically preventing it. The only thing that would is some of the current working practices. IMF technically is never going to be a low latency, millisecond to air format. But there is nothing that prevents it from being a close to air format,” says Devlin. “If you are trying to put together a highlights package that re-versions itself on demand, there is no reason IMF could not be used for that application.”

World party
“I wanted to roll out something that looked and smelt like IMF back in 2007, but the world was not ready,” says Devlin. “It is ready for something like IMF now.

“Personally I am staking the last bit of my career on IMF because as it rolls out around the world and becomes the number one B to B interchange format it will enable more and more young content producers to create fantastic stuff and compete with bigger production houses,” he continues.

“What we are taking away is a lot of the barrier to entry, through making multiple variants of you content,” he adds. “IMF is a means of getting people to collaborate for the minimum cost and the maximum distribution to the advantage of small teams.”

IMF is generating great profits and great revenues for a lot of companies, while others know about it but have never thought it was for them.

“What people are failing to see is that once you have changed to IMF your business is nimbler and more agile. And agility is more than just the cloud. It is about the way you work and interact with your media, and that what IMF brings,” says Devlin. “IMF is about how you keep the content at rest. You put your distribution masters in the cloud and the only thing you are moving are access keys. You move the app to where the content is to minimise your egress and transfer costs.

“Those that have taken the plunge with IMF are already starting to see the benefits,” concludes Devlin.

Bruce Devlin will be speaking at the IMF 101 session on 14 September at IBC2019.