The evolution of innovation 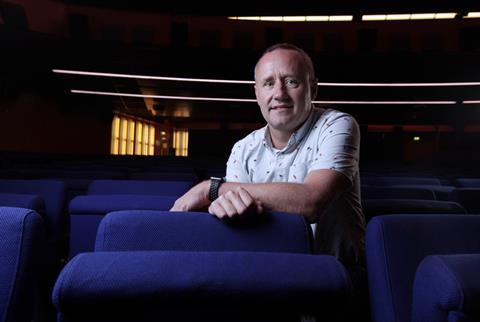 A zoologist by trade and now senior innovation producer with the BBC Natural History Unit, Colin Jackson is a 20-year veteran of the UK broadcaster’s world-famous natural history output; he progressed via the first Springwatch and Big Cat Live to launching BBC Earth’s Earth Unplugged channel.

Asked what his innovation role is exactly he says: “I straddle the line between TV production, natural history content creation, and any location requirements. My brain has the capacity to understand the process of a technology that allows us to capture what we do.

“A lot of it is making sure we don’t make catastrophic errors at the start in capture, that then cause problems in post. Informing producers and production teams is part of that, as is looking for new things to the market that make our processes easier,” he adds. “It may be something that lets us capture things we have not been able to do before, either at very high end in 8K field productions, or high speed for lower end and live productions.”

Camera catch-up
In the IBC session Jackson intends to focus on how rapidly natural history content creation has changed in the past five to eight years.

“When we did Africa, we were shooting mainly on Panasonic Varicams at 720p, and now we are capturing at 8K, which is 36 times the number of pixels. This is quite crazy,” he says. “The look of natural history shows has increasingly become cinematic.”

For decades natural history was a long lens on a tripod and observing from afar.

“We go about getting new angles, drone shots, and movement in our filming, such that natural history has really ramped up,” says Jackson. “The unit looks to show the natural world off, and we want to reach the largest audience.

“The look of natural history shows has increasingly become cinematic”

“But not all audiences are the same. The five Dynasties were highly innovative in storytelling and capture, learning a little bit from the old soap type half-hour natural history stories,” he adds. “The Big Cat and other diaries really evolved into landmark storytelling, and an in-depth look at an animal and its relationships. That really hit home with audiences, who were looking for really strong stories that were entirely truthful.”

Sharing wonders
How has the natural history genre reacted to the fracturing of media audiences?

“It clearly is desirable content across both traditional broadcasters and the OTT services. The streamers have all commissioned, or indeed broadcast their own mega landmark type natural history content, so clearly it is not just for traditional broadcasters,” says Jackson. “As a biologist and keen environmentalist, it means the message is reaching all fractured audiences.

“The reason people get into natural history is that they want to share the wonders of the world, hoping to encourage people to maintain it and look after it,” he adds. “Also, there are key live events that we do like Blue Planet Live, which reach a different kind of audience. It is great to be allied with a broadcaster, and that natural history still generates big audiences.” 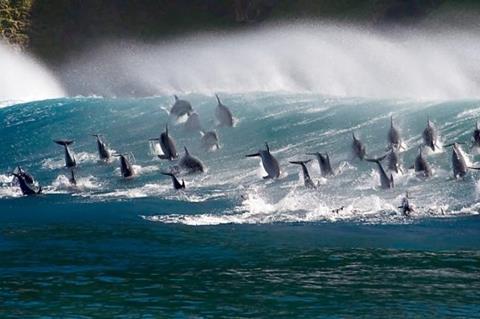 He says: “They can shoot 8K but most of the lenses that we are using do not cover the full imaging circle of the sensor, so in fact we are shooting 7K predominantly with Super 35 lenses. We top out at 60 fps at the moment. Can natural history move to full frame from Super 35? If I am ruefully honest, we are stuck with it, but it is one of the key questions for us all.

“It would be far too big to carry around in the field,” says Jackson. “We are trying to shoot things very small, very big, very fast, very slow. We use a whole range of camera technology and we need to keep them at high frame rate.

“We are trying to shoot things very small, very big, very fast, very slow. We use a whole range of camera technology and we need to keep them at high frame rate.”

“I am always on the lookout for novel new things. I am also looking at what’s happening with 360° video, and there are interesting developments in that world of over-capture,” he adds. “Thermal imaging is another area, but it is not a broadcast standard. So, we have to liaise with companies that are outside the traditional broadcast world.”

This BBC unit deployed a 4G backpack as used by BBC News staffers for live coverage on Springwatch this year, and it used streaming to bring live turtle coverage (resting and hatching) from Cape Verdi to TV audiences. But its long form projects typically run for three or four years in the making. How does post help?

“When the first Weapon came out from Red, we wanted to use it on the Dynasties shows. We shot some tests and were quite happy, but we were unable to put it through post. The grading tool had not been upgraded and we were unable to view it fully, and there was a lag issue with the NLE as well,” says Jackson.

“But we took a risk knowing that when we came round to finishing in 12 months’ time this would all be fixed,” he adds. “Post is straightforward, because we are posting in a proxy workflow. We cannot edit natively from the raw files we shot, so actually there is quite a laborious process in terms of creating the proxies and managing the material. We are on projects that are generating over a petabyte worth of storage across the lifetime of that production. Once into a proxy workflow it is straightforward from offline to online, and the delivery process.

“It has got simpler over a few years, and we do deliver in UHD HDR. The first time we did that for Planet Earth 2 we were very much at the cutting edge,” continues Jackson. “I still think today that the raft of different HDR standards globally is having some impact on consumer demand for HDR.”

Changing climate
How have man-created environmental issues and horrors like ivory poaching impacted on the NH unit?

“We were delighted with the consumer reception to the plastic message in Blue Planet 2. It showed there was a public appetite to really engage with global issues, and that has given us the courage to press on even further,” says Jackson. “The ‘Making of’ elements in Dynasties looked at environmental messages related specifically to endangered species.

“The upcoming Seven Worlds has the same thing,” he adds. “We are not immune from coming across those issues on location, and certainly productions that are underway are being impacted by the effects of climate change. We have to be talking to the right scientist at the right time. We have to try to understand what is going on with the world, and then reflect that back in the content we make.”

Colin Jackson will be part of the Big Screen Planet innovation: A BBC Studios natural history showcase discussion at IBC2019.