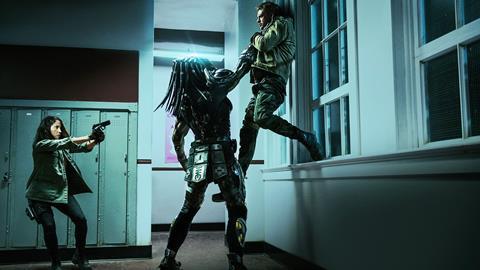 How many people does it take to cut a Hollywood feature film? More than one, in the case of The Predator, Editor Harry Miller tells IBC365.

The creatives behind producing, capturing, editing and the VFX on the fourth instalment of science fiction action film The Predator all collaborated to overcome challenges and adapt to new technology workflows. 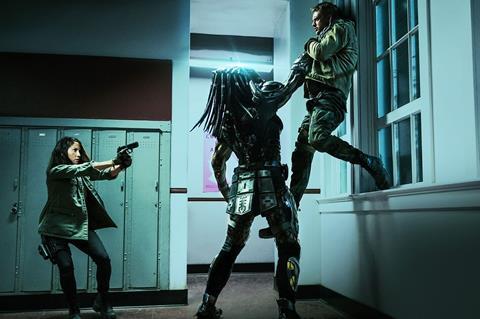 Unusually, two editors worked in parallel on The Predator. Harry Miller cut the film with a co-editor Billy Weber. The latter has been in the business for 40 years working on major feature films including Top Gun and Miss Congeniality. Miller’s credits, meanwhile, include drama series such as Extinct, Granite Flats and Outcast.

Miller explains the “interesting” approach taken: “We both cut the entire movie independently and at the end of each day we would share what we had done to combine the two versions to make the best final scenes.”

Miller was hired to begin editing in February 2017, dedicating 19 months to the edit and joining director Shane Black (Iron Man 3, and writer of Lethal Weapon franchise) on-location in Vancouver for about five months where the two collaborated to shape the final version of the film.

Accustomed to episodic work, Miller adapted to a different working style with two editors working from day-one on the film.

Miller was based in Vancouver for 4-5 months, while Billy Weber stayed in LA, working in parallel. He said: “The director didn’t like to look at the sequences in production,” he preferred to be “presented after the filming with an editor cut.”

Miller and Weber spoke daily on what was shot and how they cut it respectively. They found combining their two version made for a better final version.

Miller said: “It was a different working style – I’ve never had a co-editor on a feature film.”

Admitting, “it was not the best way to work but it was very efficient and fast,” Miller and Weber used AMA-linking in Avid’s Media Composer to cut the dailies which were shot the night before so they could output scenes for Black to see as quickly as possible.

“We both cut the entire movie independently and at the end of each day we would share what we had done to combine the two versions to make the best final scenes.”

The plot continues the Predator mythology from the original film, and follows a disgruntled scientist and a team of ex-soldiers who work to prevent the end of the human race when the universe’s most lethal hunters return to earth. Receiving mixed reviews from critics, the film has grossed $50.7 million as of this week.

Miller explains that advances in technology mean “anything is possible, there are no limits,” – which is great for the production, but can be overwhelming.

The key to success was a fast, open and cooperative team that adapted to the technology and tried even the craziest ideas, which often worked out as the most interesting.

Working with the VFX and CGI made it “fun and interesting” for the entire team, Miller explains. However, audience testing often delivered different results from the decisions made by the creative talents responsible for cutting the feature film.

“Green screens and proxy actors for digital characters don’t offer the audience an authentic experience about what the movie is doing and the nature of the studio system means you can get negative reactions which is frustrating,” he adds.

“The challenging scenes are not the action scenes but the dialogue scenes where Black improvises with the actors and rewrites with them onset,” he continues. “The most important thing an editor can do is to be totally flexible and open to any idea a director has.”

Miller concludes The Predator would not have been possible without the technological advances.

He says: “The developments and miniaturisation of storage has changed the world and made digital editing possible.”