Like the rest of the industry, YLE has had to adapt swiftly to the coronavirus pandemic. But CTO Janne Yli-Äyhö is still focussed on the Finnish broadcaster’s long-term digital transformation strategy, writes George Bevir. 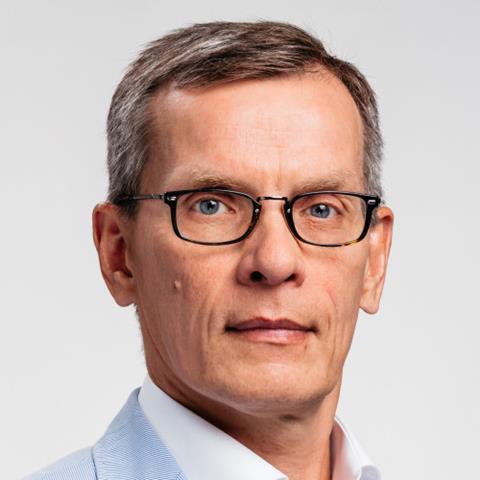 Like most media organisations around the world, over the past few weeks, Finland’s public service broadcaster YLE has had to make some rapid changes to the way it creates content.

With Finnish authorities declaring a state of emergency in response to the Coronavirus, the country has imposed restrictions on movement and gatherings. For YLE, that means over 80% of staff now working remotely and only those who absolutely have to working from the broadcaster’s premises.

According to chief technology and information officer Janne Yli-Äyhö, the broadcaster’s staff have had to adopt new ways of working overnight.

“One key learning has been that centralised systems that are located in-house are not always effective, whereas cloud and distributed tools are a great help in this kind of situation,” he explains.

Fortunately, says Yli-Äyhö, early adoption of cloud technology – along with solid broadband connections in Finland – has led to “technically flawless” remote working. However, there are other significant hurdles.

“The biggest challenges are social,” he says. “People with small kids face everyday challenges working, educating kids, making lunch and doing other things at the same time. Also, not seeing your colleagues for a long time may create extra tension as you don’t have normal everyday contact with your peers. Creating something new, having workshops or brainstorming or motivating change is also challenging as you can’t get physical proximity of the people.”

2020 vision
At the end of last year, YLE set out its vision for 2020. At the heart of it was a desire to “better explain the world, promote dialogue and be part of people’s everyday lives”, and it placed “excellent content and quality personalised service” at the heart achieving its aims. For Yli-Äyhö, personalisation is key, but this will require significant technological and cultural change.

“The one-to-many principle has always existed in broadcast, but in today’s world people are not always happy with that. They want the content that they want to see, not necessarily what we push. From that perspective, we are putting lots of effort into personalisation but first, we have to fully understand our customers and then to provide personalised offerings, such as through our on-demand services.”

Something that YLE has noticed over the past few weeks is that customers are using its digital services more than ever. “This can be seen both in the news and current affairs side but also in creative content,” says Yli-Äyhö. “We have taken quite a digital leap as a result of this virus.”

Different distribution
Before he joined YLE in 2012, Yli-Äyhö worked for Scandinavian operator TeliaSonera where, amongst other responsibilities, he oversaw product development and management in an international context. He was also in charge of TeliaSonera’s IPTV operations in Scandinavia for several years.

Yli-Äyhö says the move from Teliasonera to YLE in 2012 was “relatively easy”, thanks in part to the fact that while at Teliasonera he looked after digital services. His focus at YLE is on operations, including distribution, technology, IT and production with a particular focus on digital services and emerging technologies.

He explains: “So, from that perspective, it was not such big a jump, although of course, the distribution game is different.”

In the eight years that Yli-Äyhö has been with YLE, he describes the pressures faced by the Finnish broadcaster as similar to those that have affected the wider media industry. He refers to the impact and growing influence of social media firms, telecom operators and online giants such as Amazon. He adds: “Ten years ago linear was the most important. Today, it is still important, but we must also think of how all these digital services fit together, and how content is produced. The third level of change is in the internal operating model of the big media players, and public service media players. They used to be very vertically integrated and do everything themselves, but now, we do much less ourselves.” 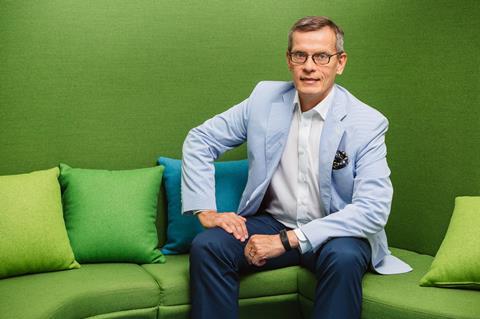 Yli-Äyhö:  “Ten years ago linear was the most important. Today, it is still important, but we must also think of how all these digital services fit together, and how content is produced.”

Prioritising transformation
Digital transformation is Yli-Äyhö’s top priority. “In our case, we have been very good at creating a digital skin on top of operations and around us, but there is a lot of work to be done to be a truly digital company. “Digital transformation is very important and to make that possible we need to take money out of some of our present activities, such as our current ways of producing some of our heavier content. We need to get money out of that to make new development, but that will be a hard change.”

To create a new digital platform, over the next five to six years, YLE will need to rework the technology base of the whole organisation, Yli-Äyhö says.

“Quite a lot of things will be bought as a service from the cloud. And that means that in the distant future we will be able to stream from cameras and microphones to the cloud, where content will be post produced and then media can be taken from the cloud when the consumer needs it,” he adds. “That is the vision for a big part of our operations. That will simplify things and create more possibilities.”

“Digital transformation is very important and to make that possible we need to take money out of some of our present activities, such as our current ways of producing some of our heavier content”

He also points to the “unique” nature of production and the technology used to create content. “The production environment is very specific, and I would say there is too much broadcast-specific equipment, which is expensive and requires particular competencies.” 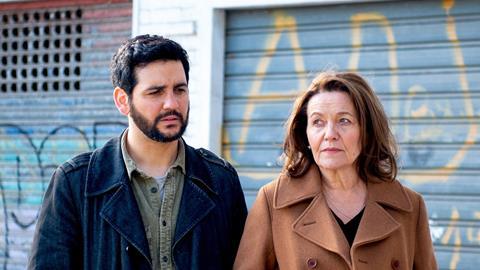 Working with off-the-shelf technology is one way to guard against what Yli-Äyhö describes as the vulnerabilities of working with relatively small, broadcast-only technology firms that may be global in outlook but not always with the similar level of scale to provide support.

“General technology is better from a cost and confidence perspective – it gives us more security,” Yli-Äyhö says.

“It’s important to look outside and at other industries and new players because as an industry we are not in isolation anymore.”

Global lessons
With responsibility for technology, Yli-Äyhö claims it is important to maintain a strategic mindset in order to help understand when technology is mature enough to be implemented.

In order to aid his own understanding, Yli-Äyhö is a regular visitor to the technology hubs of the world. “We try to be open to the outside world and from that perspective, we travel to Silicon Valley, to Seattle, and China. In China, one area of focus was machine learning and the ways in which the likes of Baidu are attempting to automate the creative process, from the analysis of storylines to automated casting.

“In Seattle, we met the likes of Amazon and Microsoft. They have a strong push on media and media services, and so it’s important to understand their approach, from their technology to pricing models. You can read about it of course, but when you talk with key experts then you can really understand what is happening.

“We met Baidu and some other interesting companies on the work they are doing in areas such as drama, for example analysing storylines for greater automation of the creation process. It’s important to look outside and at other industries and new players because as an industry we are not in isolation anymore.”