Driven by data and the customer experience, Jessica d’Ardenne is an innovative voice in the OTT space and in charge of attracting and retaining subscribers to sports streamer DAZN. Ahead of a session at IBC set to explore biases in the technology world, she reveals some secrets of success to Tim Dams. 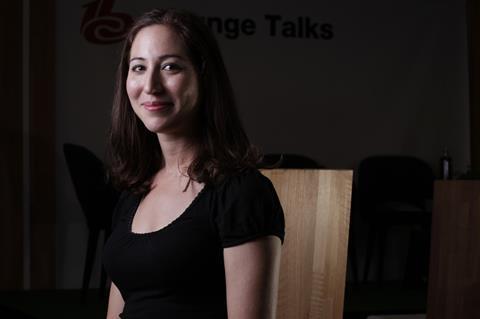 In the competitive world of sports broadcasting, securing the best rights at an optimum price and delivering top quality coverage are often seen as key to success.

The reality is, of course, far more complex. Audiences will not be able to view expensively acquired and lavishly produced content if there are not straightforward systems in place for them to sign up to watch.

And this is where Jessica d’Ardenne comes in. She runs the acquisition and retention team at global sports streamer DAZN, which allows viewers to watch live and catch up sports on any device.

The team is responsible for how a customer signs up to DAZN and signs in, through to payments, account management and help. It is, acknowledges d’Ardenne, the ‘under the hood’ part of the business that some might consider ‘a little bit unsexy’. “But to me it’s actually one of the most crucial things that means DAZN works smoothly for customers as they would expect or is even better.”

OTT player
D’Ardenne cut her teeth on the BBC iPlayer and at Discovery, and has been at DAZN since its inception, creating the sign-up flows which have helped grow the company rapidly into a global platform with millions of customers.

“I have worked in OTT for the majority of my career,” she says. “It’s something I love because I always like to imagine what I’m doing brings people deep joy – really happy moments, relaxing moments, or emotional moments that connect them to people around the world.”

Plus, she adds, the OTT world offers up some of the most fascinating challenges in the media landscape – and “it’s fun to unpick it.”

She joined from the BBC, recruited by the creator of the BBC iPlayer and now DAZN’s chief product officer, Ben Lavender.

“He first invited me for an interview, and I said I didn’t want an interview, because I loved working at the BBC,” recalls d’Ardenne. So, Lavender invited her for a coffee instead. When she turned up for the meeting, Lavender said, ‘Welcome to this interview for DAZN.’ “I felt deeply unprepared,” admits d’Ardenne. “But about halfway through the interview, I really, really wanted the job.”

Part of the reason, she says, was that DAZN offered an opportunity to work on a brand-new product without any legacy systems in place.

And it was clearly not just any product. Backed by billionaire Len Blavatnik, DAZN has invested heavily in both sports rights and technology in its bid to become the Netflix of sport.

The streamer launched three years ago in Austria, Germany, Japan and Switzerland having acquired rights for a raft of football programming —including England’s Premier League and Spain’s La Liga. It added Brazil in May this year as its ninth country for subscribers. DAZN controls most of the important live rights to sports in Japan, as well as Serie A in Italy and the Champions League in Germany.

“When I worked on BBC iPlayer, it already existed,” she says. “But working on DAZN there is no legacy behind you. We’re not inventing OTT, but we’re inventing a whole new landscape for OTT for sports. So, thinking and getting inside the heads of sports fans was a fascinating proposition. It’s very exciting to work on something from the very beginning, and literally come up with all of the initial user journeys, and then to build the team around it.”

Now, she adds, her team of 20 is responsible for picking apart and critiquing all of the things that she originally did, and “deeply improving them with their own areas of expertise.”

Several of DAZN’s engineering teams also work in the acquisition and retention team. “We really consider the engineering teams as part of our team,” says d’Ardenne. “To have that collaborative nature on a day to day basis is one of the keys to a really successful organisation. Design is absolutely crucial too. We work hand in hand with the UX team and consider them again as an embedded part of the team.”

Insider knowledge
Key to the job is being able to remove personal assumptions, biases and beliefs, and to think about what each individual sports fan wants, and what they want to feel, when they sign up for DAZN. It’s important to convey a sense of excitement about the process, according to d’Ardenne. “It’s like the feeling you get when you watch a game – it’s really exciting. You have some of the highest highs and lowest lows of your life watching sports. If we can bring that to life through every single touchpoint of our products, then we have done something magical.”

“I wish I could tell you that in my career, gender has never been an issue, but that that’s absolutely not true”

On a day to day basis, she’s sees the work of her team as “optimising the sign-up pipeline.” It’s her team’s role to “sit behind the scenes and just make everything work”, to make transactions and processes seamless and painless.

DAZN also has to balance the fact that it is a global brand, but with a strong local presence in key markets. Customers in Japan, for example, have different expectations to those in Germany, and it’s important to know how to establish trust during the acquisition and retention stages in each of the local markets. That might mean including the lock icon next to a payment field, or realising that the Japanese very much consider their credit card details to be highly personal information, rather than simply payment information.

“If you can understand what people care about during the process, and prove to them you can be trusted with the information you’re asking for, that goes a long way. Then they can just focus on the experience they are trying to buy.”

D’Ardenne says her team spends a lot of time user testing and multivariate testing so DAZN can understand what works best with each group of customers in each market. “It’s a great way of getting close to your customer and understanding their motivations. Because often, you might understand their motivations, but you still aren’t quite clear on what information they definitely need or what layout works best for them. You have to really remove yourself and your own personal emotional biases as a product manager – you have to put your ideas in front of a customer and be prepared for them to fail. The failures lead to success – that is key.”

Diverse digital
D’Ardenne is one of the speakers at this year’s IBC on a session that will debate ways of encouraging more women and diverse groups to thrive in today’s digital media and entertainment market - titled ‘Digital and diversity: The secret sauce in delivering innovation’

It’s clearly a subject close to d’Ardenne’s heart. “I wish I could tell you that in my career, gender has never been an issue, but that that’s absolutely not true. I have sat in meetings where people have dismissed my opinion, because I am a woman.”

She’s says that, at the most fundamental level, the most important step is for people to acknowledge that women have the same thing that men have – a brain.

The second step is to go into schools and universities, to tell women what a career in tech looks like, and to help remove some of the biases there are about technology being for men, which is “still inherent”, says d’Ardenne.

And the third is simply to treat everyone the same. “The minute that women and men are treated equally, that’s the time when you actually have an environment where people work seamlessly side by side and gender is simply not an issue,” she says.

Jessica d’Ardenne will be speaking the Digital and diversity: The secret sauce in delivering innovation? session as part of The Lounge Talks on Saturday 14 September.