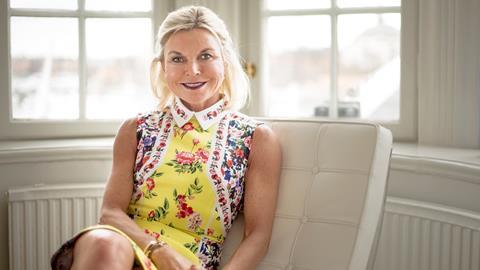 In search of Generation Z

The world’s leading media companies are grappling with how they can best adapt their business model to cope with the disruptions ushered in by the digital age. MTG has directed efforts towards a content-led hunt for Generation Z’s attention, according to experienced executive Jette Nygaard-Andersen.

The digital threat has prompted a sudden wave of mergers among the media giants. In the USA, AT&T is acquiring Time Warner and Disney and Comcast have been pursuing 21st Century Fox, while legacy media companies are scaling up to take on the FAANGs. In the digital savvy Nordic region, the Modern Times Group is taking a different path. 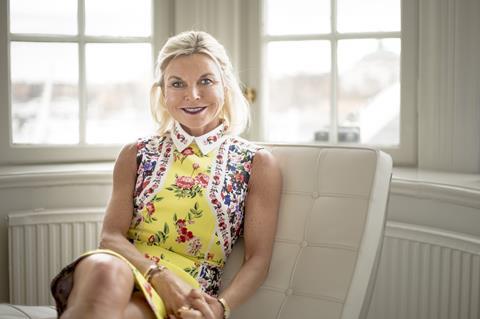 The Stockholm-based media firm recently announced it was splitting in two. MTG executive Jette Nygaard-Andersen has been instrumental in this move towards reinvention.

MTG, meanwhile, comprises a portfolio of globally focused digital companies, based on eSports (ESL, DreamHack and ESEA), online gaming (InnoGames and Kongregate) and digital video (Zoomin.TV, Engage Digital Partners). These all target the audiences who seem to be leaving traditional TV behind: millennials and Generation Z.

Digital and diverse
A former management consultant, Nygaard-Andersen was previously EVP of the group’s Nordic pay-TV broadcasting operations, and in 2015 took over responsibility for MTG’s international TV business as EVP and CEO of MTG International Entertainment. This latter job has seen her responsible for MTG’s decision to divest its Central and Eastern European channels.

In Nygaard-Andersen’s words: “We optimised our portfolio – we found new homes for our international businesses and used the proceeds to invest in digital companies with a global audience.”

Since 2017, the Danish executive has also been responsible for digital growth as EVP and CEO of MTGx Digital Video Content. With the bulk of its Eastern and Central European channels now sold, she spends 90% of her time focused on this digital role – with a particular focus on two areas: eSports and video content.

Jette Nygaard-Andersen talks the importance of digital video, how media firms can keep growing and the threat of FAANG

MTG has built an impressive portfolio in these areas, investing aggressively in digital.

MTG, says Nygaard-Andersen, takes a ‘vertical focus’. “We go deep into content. That is the way we invest – we try to find verticals where we can invest in deep content.”

This reflects the way the market is changing, driven by Gen Z and millennials who consume content and videos on topics that interest them. “If you want to increase your engagement with them, then you go deep.”

Generation Z is a particular focus for Nygaard-Andersen. She reckons they have “largely disappeared from linear TV”. Given that they account for 25% of the world’s population, this amounts to a big challenge for traditional broadcasters.

“As a media company you need to understand how they watch content,” says Nygaard-Andersen. She notes that they stream content – usually on to mobiles – from YouTube and social media platforms such as Instagram and Snapchat (Facebook, by comparison, is used by millennials and above). “They are the first generation who are truly digital native – they are born digital,” she says.

‘When you see fundamental changes taking place in how people consume content, you need to have a plan to follow the audience’

Their interests also differ from their older counterparts. “I call Gen Zs the generation of hope – they are global citizens. They don’t think about borders, and they want to change the status quo. They really want to make a difference, so they are asking media companies and brands how .”

She says they care about important topics – the environment, health and humanitarian issues. “They are not the Kardashian generation – they want information.”

Gen Zs also have a short attention span – reportedly of eight seconds – for a subject to grab their interest otherwise they will move on to the next thing (compared to 12 seconds for millennials).

These observations about attention span and topics of interest have dictated how MTG creates content for this new generation of viewers. Zoomin.TV, for example, uses a global network of 3500 video journalists to create 400 pieces of content a day. Some of these are what she calls ‘ultra-shorts’ – videos less than ten seconds in length, often overlaid with text as they are watched with the sound off.

Traditional short videos which run to a couple of minutes have to catch their attention quickly. “Whether you are creating original stories or working with brands, you need to deliver your message within the first ten seconds.”

The eSports market is a particular growth area. ESL recently hosted an eSports event in Katowice, Poland, which attracted 170,000 people over two weekends – and 46 million unique online views. ESL worked with over 70 broadcast partners around the world – both digital and traditional players – to deliver the event.

“Very few traditional media events are able to gather an audience like this,” says Nygaard-Andersen. “The numbers are staggering.” Revenues for eSports events have traditionally come from sponsorship, advertising, ticket sales and merchandising. The fastest growing source of revenue is now media rights. ESL, for example, has deals with Facebook, Twitter, Twitch and YouTube.

Nygaard-Andersen says MTG’s decision to focus so intently on digital media stems from its entrepreneurial culture and from the fact that its Scandinavian legacy markets are very tech driven.

That said, it’s always difficult to disrupt a legacy media company. “You need to dare to do it – it is always scary looking at the spreadsheets at first… but when you see fundamental changes taking place in how people consume content, you need to have a plan to follow the audience. In TV, there’s an old saying – follow the eyeballs.”

IBC2018 Jette Nygaard-Andersen will speak about growth during the Reigniting entertainment for digital audiences session on Thursday 13 September.