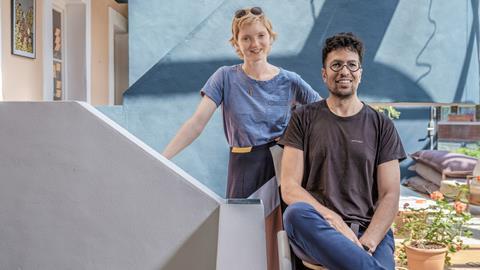 Many of the changes in the way we consume media are based on putting the viewer at the centre of the experience. More than ever before, we are able to watch what we want at the time of our choosing on a vast array of devices. And with ever increasing amounts of data about the behaviours and activity of viewers, the ability for broadcasters and platforms to tailor products and services to users is only set to increase. 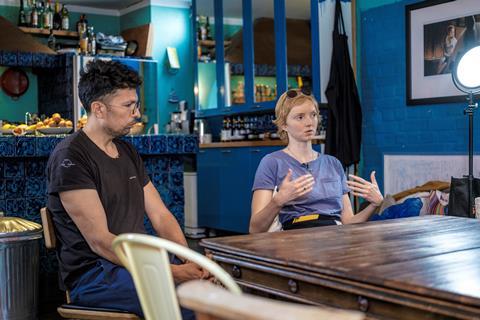 But Lily Cole and Kwame Ferreira, the founders of innovation group and incubator Impossible, would like businesses to contemplate a different approach: planet-centric design. It’s a methodology that encourages businesses to re-examine the concept of measuring success by how much value is provided to users and instead, recognise that businesses exist in a shared planet.

“We are trying to reflect a bigger trend that is happening across the board by moving towards not being so harmful with products or services,” says Cole. “It is a slow curve, but it is moving in the right direction. As we are involved in the early stages of products, it makes sense to think about the environment from the beginning.”

The company takes its name from an altruism-based mobile app launched by Cole in 2013 that encouraged people to share skills and trade favours. Now known as Impossible People, the app has become an open source platform aimed at helping grassroots communities organise themselves.

Ferreira, who describes himself as a problem solver, has founded a record label, developed buzzing bracelets for separated loved ones to keep in touch with each other, a bot that gathers data about employees’ output and an insurance company. His own business, design and engineering collective Kwamecorp, joined forces with Impossible in 2016.

Impossible is classed as a B Corp, which means it is a for-profit business that has been assessed and certified to meet standards of social and environmental performance, accountability and transparency.

“Certainly there are companies that have been responsible for hundreds of years – but as a mainstream movement with guidelines and policies to support businesses moving in that direction I think it’s really fertile… I would say planet-centric design is user centred, because it’s in humans’ best interests to have a healthy planet, it’s just looking at it with a slightly wider spectrum than our short-term reward cycles,” says Cole.

Beyond the solution
Impossible, which has bases in London, San Francisco, Lisbon and Brisbane, has worked on a wide range of projects, for clients and on its own ventures, including Navify, a cloud dashboard for oncology teams to collect patient data and discuss treatments, a Lonely Planet smartwatch app, Fairphone, an ethical modular device and eyewear startup Wire Glasses, which creates glasses made from a single piece of wire that can then be paired with different shaped lenses. 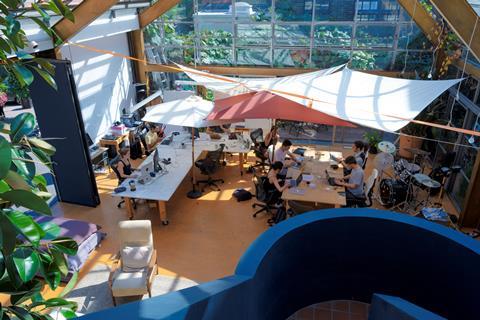 Impossible has offices in London, San Francisco, Lisbon and Brisbane

The company’s core strength, says Cole, is design and engineering.

Ferreira adds: “We are really passionate about product, whether it is something you wear, or a digital service. So that means ideating, prototyping, and it means validating and measuring, so we are constantly going through these steps to improve these products which are ultimately the solutions to the problems we are trying to solve.”

He adds that the common thread to Impossible’s projects is a “desire to have some real impact that goes beyond just the solution itself, whether it’s a digital service, hardware, a film, or a magazine”.

Planet-centric design has been positioned as an open source methodology, with Impossible partnering with MakeSense on a Planet Centric Design Toolkit for workshop facilitators and designers to help start-ups and businesses adopt the approach. Ferreira says it has now been deployed in over 37 cities.

“We live in a world where design and engineering has become so good. Our designers and engineers around the globe are so good at creating products you can’t resist; they are beautiful, addictive, and we feel like putting the customer or the user at the centre of the problem is going to continue to perpetuate this problem of over consumption,” Ferreira says. “Do I want my food in ten minutes if I press this button? Yeah, that’s great, but…”

“But do I want my grandkids to be able to live on this planet?! I’d like that too!” adds Cole.

‘Planet-centric design is user centred, because it’s in humans’ best interests to have a healthy planet’ Lily Cole

Media challenges
One of Impossible’s less typical projects was the launch of Wikitribune, a website launched by Wikipedia co-founder Jimmy Wales to fight fake news. The site pairs established journalists who report on the news with volunteers who curate and factcheck articles. Impossible worked on a crowdfunding event for the site, which launched in 2017 and is now based in The Shard, London.

“Jimmy is a friend of ours and of the company and he has been involved since the beginning, when I set up a gift economy platform,” says Cole. “He was very helpful in incubating that idea, became a board member for the company and then several years ago mentioned this idea he had for a crowd-sourced news platform akin to Wikipedia. It feels so necessary…trying to find a neutral, data-driven place to access news felt so important.”

Cole says that commercial organisations “fighting for clicks and attention” have helped to create a collective consciousness that is “fearful and negative”. And that, adds Ferreira, is the biggest challenge faced by the media and entertainment industry: how to change a business model that is based on advertising. “If you just have ads you will give consumers what they want to hear, so you won’t have critical discourse, and that’s troublesome. But the fact there are successful subscription services shows people are willing to pay for content.” 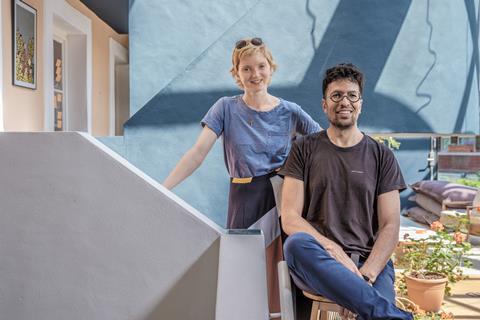 Cole, who has starred in films such as Snow White and the Huntsman and London Fields, acknowledges the power of content to shine a light on the issues she wants to tackle. Cole and Ferreira worked together as director and cinematographer on Lights in Dark Places, a documentary about the refugee crisis on Samos, Greece. More recently, Cole co-wrote and directed Balls, which explores links between the Foundling Hospital for abandoned infants and Emily Brontë’s novel Wuthering Heights.

The decision to work on factual or scripted content depends on the project, says Cole. “It feels like [documentary] is the right medium for Impossible, but if the right opportunity or project came up [fiction] could be something we explore. It’s about creating meaningful content and trying to bring attention to important narratives through film.”

Adds Ferreira: “If we can bring attention through fiction better than through factual, then we would look at it. It’s all about having a problem-solving mentality. Whether it’s refugees, rough sleeping, or gender issues, there are so many problems to shine a light on.”

IBC2018 Lily Cole & Kwame Ferreira will deliver the Innovation Keynote on Monday 17 September in The Forum. You can view the full conference programme.