Swedish telco Telia Company is pushing ever more heavily into TV with recent deals such as its $1bn acquisition of Bonnier Broadcasting, echoing a strategy of leading telcos around the world. Margareta Törnblad, head of media and entertainment at Telia, explains the firm’s thinking.

Just as telcos such as AT&T, BT and Telefonica have made ambitious media plays in recent years, so too has Sweden’s Telia Company. 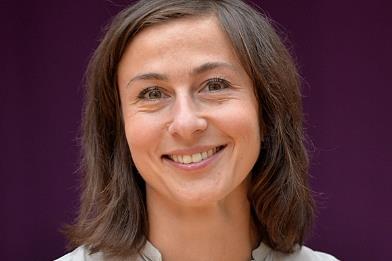 The Stockholm-based company offers broadband, fixed line, mobile and TV packages across the Nordics and Baltics.

Then it spent $1bn on Bonnier Broadcasting, which operates TV4, the main commercial channel in Sweden, as well as Scandinavian streaming service C More, and MTV3 in Finland.

The deals are part of a strategy by Telia to refocus on growing its core Nordic and Baltic operations, and to increase its exposure to media assets.

Until recently, the Telia’s growth story had been all about geographic expansion in emerging growth markets, in particular in Central Asia. But, since 2015, it has been pulling out of Central Asia, following corruption allegations in the region. (In 2017 Telia settled a bribery scandal in Uzbekistan, for which it was fined almost $1bn by US and Dutch regulators).

Telia’s media deal-making, in many ways, echoes its international peers – BT, for example, has invested in the broadcasting rights for English and European football, while Telefonica’s bought into Canal+ and AT&T has acquired Time Warner.

“Customers that have TV with us are satisfied and they also stay with us for longer overall.” Margareta Törnblad, Telia

Telia’s media push began back in 2007, when the company was known as TeliaSonera and it launched its first digital TV service. “We used to talk a lot about mobile and broadband, but TV has now been a core product for many years,” says Margareta Törnblad, head of media and entertainment at Telia.

“Customers that have TV with us are satisfied and they also stay with us for longer overall. It is important for building a relationship with our customers,” says Törnblad, who is responsible for the development and operation of Telia’s media services. 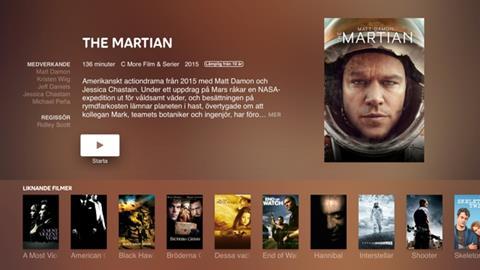 Törnblad has worked at Telia for the past seven years, following spells at Tele2 and Digital River. With a background in product and business development, Törnblad has headed up Telia’s media division since 2018.

She explains that Telia’s main focus is on working with different content providers, aggregating their content on the Telia TV platform – providing linear, catch-up and on-demand services to customers throughout the Nordics and Baltics.

Traditionally, Telia has not produced or commissioned its own content. But this started to change even before big deals such as the Bonnier acquisition. In 2017, Telia struck a six-year media partner deal with the popular Ice Hockey League in Finland. As media partner, Telia has been showing live games, producing TV content and additional content for the League.

The Bonnier acquisition, which still needs to be approved by the European Commission, is on a different scale entirely. “One of the reasons we bought Bonnier Broadcasting was to be able to provide high quality content to our customers and to be able to have a flexibility to provide the content on the customers’ terms. They are really good at commissioning originals and other kinds of content.”

Such deals are about giving Telia access to good content, at a time when competition is increasing from both regional rivals and from deep pocketed international players. “The key is not to own the content per se,” says Törnblad. “The key is to be able to package and to have flexibility in what content we bring to our customers. And one way of having that flexibility is to own the content.”

The Bonnier deal is politically sensitive in Sweden because Telia is still 37% owned by the Swedish state. It means that the government now not only owns the main public service broadcaster SVT, but also a big chunk of Sweden’s largest private channel, Bonnier’s TV4. “The state should not own both SVT and TV4,” Sweden’s opposition leader Ulf Kristersson wrote on Facebook soon after the deal was announced. 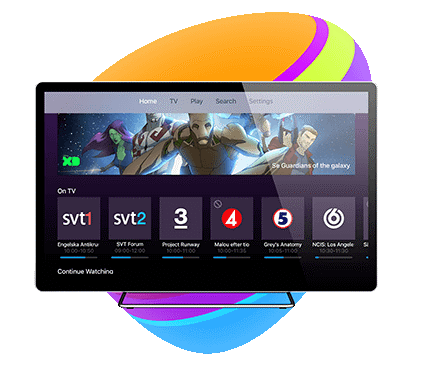 As such, Törnblad is reluctant to discuss the deal in much detail until it has been approved by the European Commission. Should it pass, she acknowledges that it will “change the landscape here and give us more opportunities to bring good content to our customers.”

Telia, she adds, will continue to work with all types of content providers, aggregating their content on its service. This ranges from the public broadcaster and main commercial channels in each country, through to on demand services like HBO Nordic and Netflix.

Törnblad says that HBO Nordic is “very appreciated” by Telia customers, with high demand for its high-quality content.

Netflix is a key partner too, with its service integrated into the Telia TV box. Such partnership deals are common for Netflix and telcos around the world. “The reason for doing it is that Netflix is a big player and our customers appreciate their content. So we make it easy for our customers to watch,” says Törnblad.

She continues: “Netflix are growing a lot in all our markets, and a lot of viewing time goes to Netflix. But if that is what our customers are doing, we should provide a convenient way for them to do so.”

That’s because Telia wants to position itself as the primary media service for its customers, offering everything in one place – from linear channels, to catch up services and on demand services. “Netflix are strong in series drama and movies in the on-demand side. They have one part of it, but they don’t have the full offer.”

Like many Nordic firms, Telia has built up a reputation for experimenting with new technology. It has recently pushed into esports, taking a majority stake in Finnish esports firm Assembly. This spring it will launch a new Finnish esports league, the Telia Esports Series. Törnblad says Telia is looking into how this can be offered by its TV service as well.

5G is also a big focus, with 5G test networks launched throughout Telia’s geographic footprint. It has just launched the world’s first 5G movie theatre, displaying films that have been transferred over a live 5G network at the Odeon Cinema Centre in Oslo, Norway.

For the year ahead, however, Törnblad says one of Telia’s key focuses is to continue to improve the customer experience of its TV service, tweaking the interface and way that shows are recommended. “We have so much content in our services, and we know that consumers, in general, spend a lot of time looking for what they are watching. We want to make it even easier for them to find, and to be inspired to watch something new or that they didn’t know existed.”

It’s an issue that is high up the priority list for many TV providers, she acknowledges. “It really is very important – otherwise the customer will not use the service and go somewhere else.”