Having been around broadcasting his whole adult life, NABA’s Michael McEwen has a strong view on how the second generations of digital radio and television broadcasting might find a home in the ‘all things possible’ digital environment. 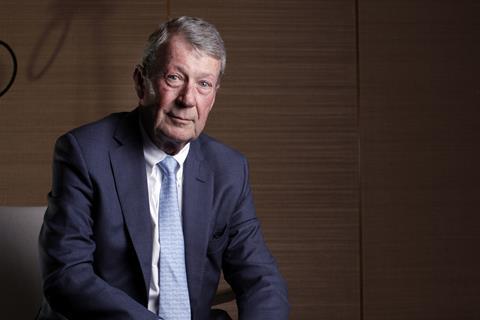 “You have to be engaged to keep going,” says Michael McEwen, director general of the North American Broadcasters Association (NABA), who started his career with the CBC in 1970.

Part of that engagement is also in evidence at the IBC exhibition and conference, which has been around the industry just a bit longer than McEwen. He is one of the speakers at the IBC session ‘WorldDAB Radio distribution strategies for a connected world’.

His presentation is headlined as ‘The value proposition of radio in a connected world – a view from North America,’ and he is bullish on the future.

“It is our core assumption that radio and the connection to the listener with that one-on-one basis, is still pretty well trusted,” says McEwen. The question is how the industry should enhance that experience as it moves forward in what McEwen refers to as an “all things possible” digital environment.

Enhanced advertising
“Five years ago, who would have thought that podcasting would be as successful as it is,” he says. “Now, not only are the public radio stations like NPR and the CBC doing it, but so are private broadcasters and a full range of independent producers, and they’re all looking for means to stream that audio and get it out to consumers … we think traditional radio has a real role here.

“Advertising has tremendous potential to push out metadata to those consumers who may be interested in an enhanced advertising experience, and then moving those consumers to either stores or sites where a product may be,” continues McEwen.

Another point of importance is the evolution of hybrid radio, which seems to have a variety of meanings. “There are all kinds of hybrid experiences out there,” says McEwen. “What I’m really talking about is hybrid radio that can move from transmission to the internet seamlessly in a device.”

He said that in NABA’s view this will be far easier when the whole system converts to digital: ‘’I’m convinced that as broadcasters move to full over-the-air implementation of digital radio and let go of the analogue system, the potential for the relationship with the internet and reaching more markets is a game-changer.’’

Radio with pictures
Although McEwen’s session at IBC is focused on radio and DAB, the word broadcasting is of course part of the NABA acronym. He is quietly quite excited about the possibilities. McEwen has a broad perspective on digital television and its current midlife makeovers, having served in multiple VP positions across a decades-long career with CBC and as president of industry association Canadian Digital Television from 1998 to 2006. 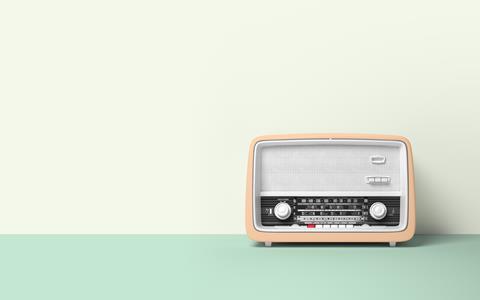 He notes there are a few things going on in North American TV, and also globally with regional variations, around the same principles. First, there is a move to the distribution of 4K and 8K content – whether via broadcast, cable, satellite or internet. In North America this goes hand-in-hand with the ATSC 3.0 standard, which McEwen says is now starting to enter the market and will likely really get established between 2020 and 2022.

“That’s a huge revolution and you have to keep in mind that the revolution to digital TV from analogue was really less than 20 years ago,” he notes.

Second is market consolidation. Big entities are building up to have the product to compete on multiple platforms for multiple audiences. He mentions the Disney-Fox merger, AT&T and DirecTV, the evolution of WarnerMedia and the very recent Viacom-CBS merger.

While NABA isn’t involved with content, the organisation is focused on broadcast operations, content protection, cybersecurity, transport, and all the things where broadcasters increasingly face challenges.

“These things may sound like minutiae, but they have a huge impact on plants – file formats, common metadata specifications, we’re interested in streamlining that end of the business to make it more efficient and effective. We’re doing a lot of work in the whole media over IP arena.”

2020 and beyond
According to McEwen there are multiple issues facing the industry as 2020 approaches. If you’re a commercial broadcaster or a pubcaster that depends on commercials, he says maintaining revenue is a challenge in a fragmented market. “Although we’re seeing revenues increase on the internet, they are by no means replacing revenues lost.”

Cord cutting is also a very real concern for pay and specialty services, while another increasing concern is signal piracy, with McEwen noting that people are reselling IP on the internet: “We’re working hard to reach out and say we need some new tools, perhaps a new treaty and global framework on intellectual property that protects broadcaster content.”

As for any prognostication on what’s next, McEwen says this has become increasingly difficult.

“Five to ten years ago all-IP facilities were an interesting thought, and even three years ago some of us thought it might happen by the mid 2020s. But now they’re being built as we speak in Europe, Asia and North America. I don’t think anybody really predicted that, or the pace that traditional linear broadcasters are moving into OTT and making a business out of it.”

According to McEwen, another five years all of this is “just going to increase exponentially and it will be tailored to individual market segments and tailored for individual use, personalised a lot more.

“The main services will still exist, but they will be less and less a generator of revenue in a broadcaster’s toolkit of services, but they may become the engine to produce a lot of content,” he adds.

This evolution, although exciting, will not be easy: “There’s going to be a bit of pain along the way, and some experiments are not going to work, and some will work well,” he says.

As for 5G, despite several recent trials, as well as the possibility that Chinese giant Huawei is planning TV sets or receivers to receive 5G 8K content, he doesn’t think it will ever be a pipeline that replaces broadcasting or broadcasting over the internet.

“There’s not been enough trial yet, so it’s not really clear how well it works … it is early days.”

That being said, Europe is pushing the 5G envelope with the EBU using IBC2019 as the public launch of the 5G Media Action Group (5G-MAG), a new association for the use of 5G in the media sector for production and distribution.

While he sees 5G as an opportunity more than threat, C-band spectrum allocation as it relates to 5G is a very real issue for him, as this would hurt the ability of broadcasters to collect and move material. “We need solutions here,” he says.

McEwen favours the view that 5G TV will take its place alongside digital broadcast as a viable companion, using 5G as a tool to distribute broadcast services to specific markets, and so it will very much be a part of our future over the next five years. “We’re starting conversations about this, talking about delivering thigs such as tailored sport or news on 5G for certain large urban markets. People see these applications, and certain on-demand services as well.”

He adds that as well as in Europe, there’s work being done in North America on exactly how these opportunities will exist or evolve for broadcasters, and how broadcasters can enhance their relationship with their viewers through 5G services, and how the 5G operators introduce this model.

“There is an interest on the part of both parties to find a balance.”

Digital half-lives, or Moore’s Law for digital TV
McEwen will be celebrating 50 years in broadcast in 2020. When he started, colour TV was just reaching its stride, and radio was more or less celebrating its fifth decade. What does he think about the media world he is still very much a part of as we near 2020?

“I’ve never seen anything like it,” he says. He brings up Moore’s Law, which is the principle that the speed and capability of computers can be expected to double every two years based on the number of transistors a microchip can contain and applies it to broadcasting.

He says it really took twenty years for colour to take hold in North America. The impact of ENG was a lot quicker, but it wasn’t a huge technology change. The next big thing was digital and HDTV wrapped together, and once the notion of ATSC 1.0 and DVB took hold, those transitions took 10-12 years to mature.

“They only started developing ATSC 3.0 five or six years ago and it’s [now] being implemented, along with 4K/8K, and IP infrastructures, and more,” he says. “All of this is happening in a five to ten-year period.”

McEwen says that because ATSC 3.0 is based on an IP protocol, it’s an evolving transmission standard. “I don’t think we fully understand the potential of what that’s going to be, and this applies to the latest DVB standards too. I think fully exploiting ATSC 3.0 broadcasting is going to be a game changer for broadcasting in North America.”

He says this should be starting within the next two years: “It’s very exciting. People like Sinclair in the US see [ATSC 3.0] as every bit as competitive to 5G in that space. Sinclair is doing things like building ATSC 3.0 SFNs that can bring TV into the car at 120kph and can download specific advertising and services.”

While he doesn’t see broadcasting changing every two years like the computer industry, the pace of change is obviously catching up: “It’s only going to increase both from the technology side and I hope from the business and content side as well.”