Being a regional OTT player can be challenging but with quality, accesible content and market knowledge you can succeed.

Regional and niche OTT players, like Eros International Media, an Indian motion picture production and distribution company out of Mumbai, are playing David to the Goliaths of international OTT platforms and are comfortably standing their ground.

“We don’t have the deep pockets of these large players, but we make about 65 films a year, own a vast library of 10,000 film assets, have our own OTT platform called Eros Now and haven’t licenced the digital rights for our films to other players,” explained Pranab Kapadia, president of UK, Europe and Africa operations at Eros International.

Kapadia noted that his company had heavily invested in its own application. “We are very proud of how we have successfully built an audience base of over 68 million registered users, with an active paid premium subscriber base of 2.9 million customers worldwide.”

IBC2017 Pranab Kapadia is speaking as part of the ’Multichannel Broadcasters: Global vs regional OTT’ panel

Another necessity for regional OTT players is to never offer an inferior experience to the customer, in any capacity, to that provided by the global OTT giants.

“Our platform offers all features in terms of viewing over multiple devices, downloading content to watch offline and so on,” he said. “You can’t fall short in any way if you are charging aggressively. So in addition to depth and breadth of content, product features and easy access across devices are must-haves for success.”

By contrast, global OTT players seeking to compete with local and niche players must source local content to achieve success, particularly those keen to attract customers in a very large, captive market like India, who must stop selling their existing content from the outside.

“India has a large customer base, with many mobile and internet users who are very loyal to home-grown Bollywood content,” he explained. “Bollywood in India is a unique market, we produce around 1000 films a year as a country, across multiple different regional languages, exported to nearly 70 countries worldwide. The communities are proud of those films and the numbers viewing Hollywood box office films are consistently and significantly lower than those watching locally produced films. That’s a contrast with other countries, where local language films get superceded by the consumption of Hollywood content, whether dubbed or sub-titled.”

“You can’t fall short in any way if you are charging aggressively. So in addition to depth and breadth of content, product features and easy access across devices are must-haves for success”

That is why international OTT platforms such as Netflix now feature Indian content primarily, which they have also started to commission, letting English content take a back seat. And in the coming year, those OTT players who wish to crack the Indian market or remain leaders therein will need to find a way to bridge the immense wealth gap that separates the affluent from the middle class Indian Bollywood consumers.

“Content needs to be made available across a very wide spectrum, from the basic 2G mobile viewer to the 4G customer streaming content to a large screen in the home,” concluded Kapadia. “A blanket charge simply doesn’t work. We need to address these customers at the right price, using the right technology, having found the right 4G partners who are also trying to get the pricing element right.” 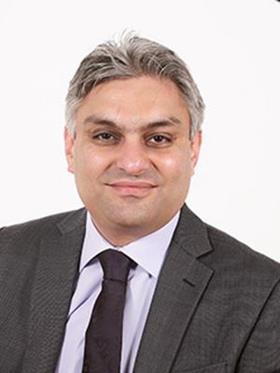 His experience includes working as Head of Operations & Programming for Zee Network in Europe for eight years and Business Head of Adlabs Films (U.K.) Ltd for one year.