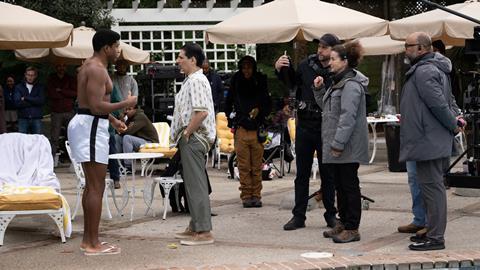 IWD: In the first in a series of interviews with inspirational female leaders to mark International Women’s Day, Tami Reiker ASC reveals how she made history as the first woman to win an American Society of Cinematographers Award.

Tami Reiker was at the peak of her career in 2004 when she accepted the ASC Award. Not only the first woman to be nominated by the cinematographer’s club but the first to win. And she was four months pregnant.

“It’s always a battle deciding what to take and what not to take and I needed to balance my family with the work,” she says.

She shot the feature Mr Woodcock (2007) when her son was four months old. “After that experience I decided I was going to shoot commercials for a while. I worked so hard to bring this baby into the world and I’m not just going to be away from him!”

International Women’s Day This interview is part of a week-long series of conversations with inspirational women in craft, technology and leadership roles. For more interviews click here.

Instead, she turned her energies to commercials becoming a sought-after DP for brands including Nike, Hyundai, Pepsi and Coke-a-Cola, “a lot of beauty, a lot of shampoo.”

From Cambodia and Thailand to Finland and South Africa, Santiago, Buenos Aires and Tokyo her son travelled with her.

“As a single mom he had to come with me,” she says. “The difference is that commercials are one week or three weeks at the very most. You make so much money in such a short time, you are able to be on and off and when you are off there really are no demands on you. So, I’d go do a job for five days and then I’m home for two weeks. It was a much better balance compared to doing a movie where you’d have to leave for six months which with a young child would be too intense.” 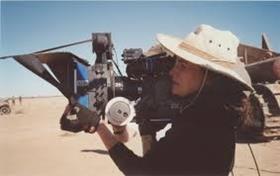 ASC Award: Tami is the first woman to have won the cinematographer’s club award

Experimenting with the image
Reiker’s early passion was photography. She got her first SLR camera aged 13 and spent countless hours in the darkroom, winning photography prizes.

“I was very interested in photographing my friends but in very stylised ways by dressing them, creating really elaborate backgrounds more like mini fashion shoots,” she says. “I loved manipulating the image in the camera and in the darkroom. Creating double exposures, burning and changing the image is what I found fascinating.”

She was still torn between a career in stills and cinematography when she went to Tisch School of the Arts in New York. When she started making student films there was no looking back.

After graduation she became a camera assistant including on Hal Hartley’s The Unbelievable Truth (1989), bought herself a 16mm Arriflex SR camera (“you had to have a reel in order to get a job”) and used it to shoot literally thousands of music videos.

This was the heyday of MTV when every band on the planet wanted a promo to show on the pop station.

“I built up a real body of work doing that,” she says. “I had this hookup in Jamaica, so I’d fly down with my camera and shoot all these reggae videos for Ziggy Marley and Yellowman.” She later shot promos for Bjork, Moby and Tracy Chapman.

“At that time everybody was manipulating the image. You’d put pieces of glass and ash trays or gels in front of the lens to get a different look. You’d bake the film, experiment with reversal, open and close the back of the camera to flash expose the film. We’d even take the lens on and off while rolling just to get that quick focus, out of focus effect.”

She took the experimentation and problem solving to her first features including The Incredibly True Adventure of Two Women in Love on which Reiker used her own camera. The film’s director, Maria Maggenti, recommended Reiker to Dreamworks to shoot rom-com she had written. The Love Letter (1999) starred Kate Capshaw and Tom Selleck.

At the same time, she was shooting a lot of shorts for gradutes at New York’s Columbia University which is where she met writer-director Lisa Cholodenko. They made romantic drama High Art (1998) starring Ally Sheedy which won several accolades and saw Reiker nominated for an Independent Spirit Award for cinematography.

High Art
“High Art got a lot of attention for the way it looked. I’d flashed the film by using a glowing filter (Arri VariCon) in front of the film to open up all the blacks. It creates this really beautiful image and then you crush them back in post. I suggested this to Rodrigo Garcia and he loved that idea.”

Garcia was directing the pilot for HBO series Carnivàle, a weird cross between The Exorcist and The Grape of Wrath set in the 1930s mid-west Dust Bowl. Variety called it “an absolute visual stunner” and others agreed. She took home the ASC Outstanding Achievement in Cinematography Award in 2004 and was inducted into the ASC a year later.

To take care of her son she turned down offers to shoot more TV drama but grew her reputation in the commercials field. While travelling on assignments she constantly took stills for inspiration. “I’m always taking pictures, seeing how the light changes in every country, how it differs in Mumbai to Haiti. Not only that but what’s in the air, the smoke, the atmosphere, the colours of people’s wardrobe.” 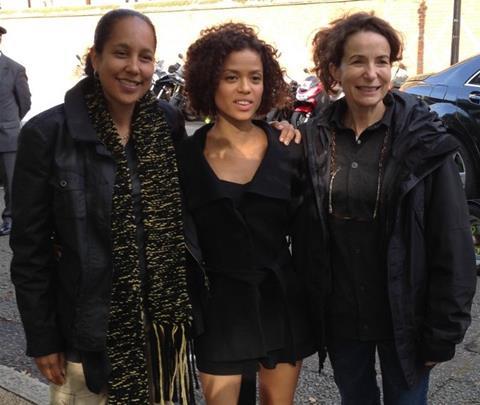 Many of these ideas were filtered into work with writer-director Gina Prince-Blythewood. They’d started together on New York-set TV movie Disappearing Acts in 2000 and have just completed their sixth project.

“She is really disciplined and a force of calm no matter what’s happening,” Reiker says. “Way before a project is greenlit we’re already building the story together.”

They share a Dropbox folder into which they pour images and begin editing them until they have a look book of the movie they want to make. “It has references for colour palette, any shift in palette, the colours for each character, the mood of the show. With Gina, that’s the jumping off point for every project.”

The touchstone for Netflix superhero movie The Old Guard, was the gritty thriller Zero Dark Thirty. “This is the first time Gina and I have done a multi-million dollar budget movie so we had a much bigger sandbox to play in,” Reiker says. “This was an opportunity to tell an action story driven by powerful women. They are not over sexualised. They are not in crazy seductive outfits. They are bad ass fighting women.”

It is still worthy of note that The Old Guard also cuts across convention by having key creative talent filled by women. Star Charlize Theron also produced. The picture is edited by Terilyn Shropshire ACE with VFX supervision by Britain’s Sara Bennett, the first and only female VFX super to win an Oscar (for Ex Machina).

The budget allowed Reiker to use the Alexa 65 and to obtain a custom filter from Arri so she could better control the contrast and adjust the hue.

“The one hurdle was whether we could shoot an entire film over 16-weeks handheld. Until then, I had operated every single shot on every feature, doc, commercial and music promo but I felt there was no way I could carry over 10kg of camera (without lenses) and still light the movie.

One Night In Miami
“I love operating but it was freeing to be at the DIT monitor and conducting the orchestra. You’re all on headsets, all the light controls are on the iPad, you have the gaffer next to you, you’re talking to the DIT about the colours and timing. With film you are lighting through the camera and trusting your meter but now with digital large format you have got to be studying the monitor.”

She did the same for One Night In Miami, the Oscar-tipped semi-fictional meeting between Malcolm X, Cassius Clay, Sam Cooke and NFL star Jim Brown. Adapted from a stage play, the intense dialogue battles mostly takes place in a bland motel room, not that you’d know it from the fluidity of the presentation.

“Regina [director Regina King] told me she wanted to keep the film alive. My first suggestion was large format Alexa 65 to immerse the audience in that experience. The detail you get is incredible with large format combined with Prime DNAs that enable you to keep each character in frame and still be able to shift focus to change perspective.

“I suggested that we keep both Alexas on a jib arm. Even though it’s counter intuitive to be in a tiny space with these massive metal arms they were manually operated not on a hot head. That meant the operators could float the camera in the scene. You have a 9ft arc and you can go from floor to ceiling so can organically react to the actors.

“We wanted to make as long a take as possible where the camera could shift from character to character without having to cut.”

The pandemic curtailed shooting and then the Black Lives Matter movement flared up giving the filmmakers added urgency to get the film made. They shot the final two scenes under Covid-19 measures in LA last June.

Since then, Reiker and Prince-Blythewood have shot the pilot for ABC historical drama Women of the Movement  in Mississippi for producers including Will Smith and Jay Z. The series centres on Mamie Till-Mobley who devoted her life to seeking justice for her son Emmett who was lynched in 1955 aged 14, after being accused of offending a white woman.

“Mamie is credited with galvanising the civil right movement. She kept an open casket at Emmett’s funeral so that all the world could see.”