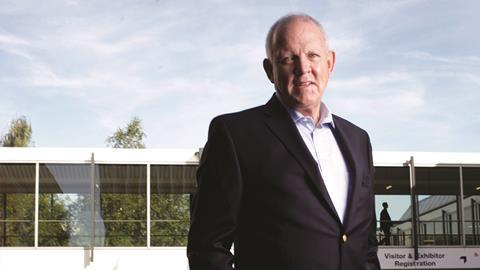 Jim Chabin VR and AR could be the next monetisation model

VR and AR are the next monitisation model for media companies – but we must listen to what viewers want and how they wish to interact with content for it to be more than a gimmick.

With Hollywood studios facing a static-to-declining box office, and broadcasters, cable and satellite service providers in a battle for survival against internet up-starts, could virtual reality offer a way out of the impasse?

“VR is either going to be a major new business model, or it’s going to be an extra on a Blu-ray disc, paid for out of marketing and PR budgets, but not adding to the bottom line,” believes Jim Chabin, president, The Advanced Imaging Society/The VR Society.

“Which one of those turns out to be reality will make all the difference in the world. There is a very strong sense in Hollywood and beyond that VR and AR could develop into the next monetisation model. If so, it will be a job-creating industry and a significant source of new revenue. But if it’s just a gimmick, then it won’t go far beyond a few hobbyists and teenagers.”

Chabin, taking part in a special ‘Fireside Chat Q&A’ at IBC2016, has seen technology come and go before. He has served as president of The Academy of Television Arts and Sciences, and president of Promax/BDA.

He co-founded the Advanced Imaging Society in 2009 on behalf of the major studios to educate and recognise professionals in the 3D movie industry. While 3D is still a significant revenue stream for Hollywood and particularly in China, 3D TV stalled in the home.

“To have a virtual experience you need to be in a 3D space, so what’s fascinating is that I’m hearing as much discussion about 3D as much as I am VR,” he says. “VR hasn’t replaced 3D. 3D is now wearing a different mask and is seen as a facilitator for creating a virtual experience.” 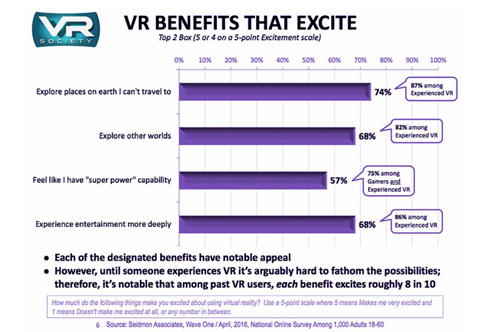 He observes that there is a similar amount of hysteria around VR as there was for 3D, but believes VR to be different. “For a start, we don’t need to put 3D screens into people’s homes – since everyone’s cellphone can be the basis for 3D viewing.

“There’s a perfect storm of a new generation of consumers wanting media to be mobile and shorter and quicker and more powerful than before. VR content is shorter, it is mobile and the experience is more powerful.

“We’ve got creative people with a vested interest in making this happen. People at Marvel, or Sky or BBC are going to blow us away with amazing content.

“I don’t worry about the creative energy of this community. I do worry about how quick we can get this content created so that as these devices come out there is enough to view that is of quality. We need to create experiences that are interoperable on any device.”

There are other issues, aside from finessing video stitching and how to use sound and direction. “We need to understand what consumer attitudes are to headsets and whether parents will put headsets on their children.”

He stresses, “This is not 4K. This is not a brighter picture or a curved screen. This is a fundamental change in the way we all consume media.”