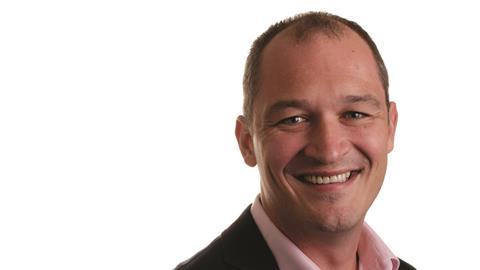 ‘Next-generation VOD’ is here with hayu, a subscription-based service delivered via multiscreen app that integrates with the social media accounts of reality TV stars.

If you want to keep up with the Kardashians, not just with their latest TV adventure, but in any past episode and on social media too, then there’s a service just for you.

hayu, delivered via multiscreen app, is much more than this.

NBCUniversal International’s all-reality subscription video on demand (SVOD) service contains 3000 episodes, with 500 added a year, direct from the unscripted content creator behind The Real Housewives franchise, Made in Chelsea and The Millionaire Matchmaker.

The service – which has now rolled out in the UK, Ireland and Australia – distinguishes itself with a comprehensive search function that identifies all material related to particular stars.

Users can directly access the social media feeds of the shows’ stars within hayu.

Hundreds of specially made short-form content ‘snippets’ can be shared directly via fans’ social media accounts.

The service also links to third-party news sites with relevant content for reality consumers, such as OK! and MailOnline. 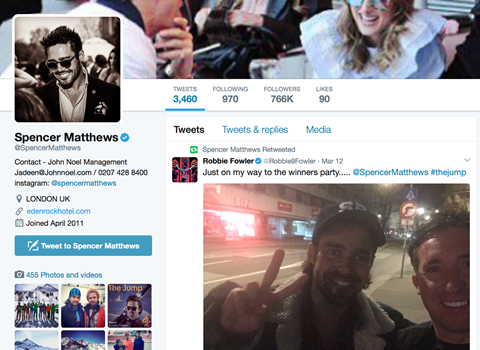 “This is next-generation VOD,” says Hendrik McDermott, who steered the service to its launch in March.

“All the cast members of our series have Twitter or Instagram accounts, which viewers can follow visually along with the broadcast, and interact directly with them on social media. The news feeds are curated, not fed by an automatic news robot. We haven’t seen this type of innovative integration on any other product.”

McDermott began his career as a business analyst at Rogers Media in Toronto, completed his MBA at the Judge Business School at the University of Cambridge and, as MD of KidsCo, led the business activities and growth opportunities of the children’s pay-TV channel across Europe, Africa, Asia and Australia.

He joined NBCU in 2006, spending six years as a founding member of the international corporate development team with responsibility for all territories outside the US and Canada.

“We have to take our content where the demand is, which is anywhere, anytime viewing”

“SVOD is opening up new markets led by new consumption patterns,” he told the IBC Conference, in a session at which hayu was presented as a case study, ‘The New Broadcasters: Next Generation Video On Demand - NBCU and hayu’.

“We have to take our content where the demand is, which is anywhere, anytime viewing, and while this is driven by the younger generation, we don’t see this trend as exclusively about millennials.

“A key element for users is the speed at which can they view content on the service,” explains McDermott.

“When the latest Keeping Up with the Kardashians episode airs in the US, fans have typically had to wait many days to watch it on TV, whereas we get it just hours after the US broadcast.”

For avid reality TV fans this has the benefit of swerving spoilers. “When newspapers write eight stories a day about the Kardashians, it’s pretty hard to avoid details of what’s happening in an episode,” he adds.

“We are seeing Monday morning spikes in viewing, just hours after the shows are aired in the US, which seems to prove the concept.”

With a rolling monthly subscription, McDermott is conscious that NBCU has to constantly innovate to retain consumers. “We know the service will not look the same in 12 months as it does now. We have to keep iterating with compelling new features.” 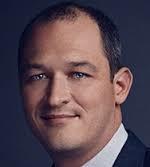 Hendrik McDermott is Senior Vice President, Branded On Demand at NBCUniversal International, based at the company’s international headquarters in London.

Here he leads an entrepreneurial digital business unit focused on the company’s branded video on-demand (VOD) and over the top (OTT) services, and primarily responsible for developing and bringing new direct-to-consumer television products to market. In this role, McDermott leads hayu, NBCU’s next generation reality on-demand service, which launches in the UK, Ireland and Australia in March 2016.

Prior to this role, McDermott was a key, senior operational leader in NBCU’s global channels’ division, NBCUniversal International Networks, leading the TV affiliate sales organisation, managing negotiation and partnership activities for an extensive group of clients and partners across 9 regional offices.

Immediately prior, McDermott was Managing Director, KidsCo, the global children’s television joint venture owned by NBCUniversal and Corus Entertainment. In this role, McDermott led all of the business activities and growth opportunities of the KidsCo pay TV channels across West Europe, East Europe, Africa, Asia and Australia.

McDermott began working at NBCUniversal in 2006 where he spent six years as the founding member of the international corporate development team with responsibility for all territories outside the US and Canada. Here he was responsible for strategic planning and operational improvement initiatives as well as execution of a variety of acquisitions, divestitures and JV partnerships focussed on TV channels, TV production, licensing and film businesses.

McDermott began his career as a Business Analyst at Rogers Media in Toronto. Here he was responsible for the print production operations and cost management initiatives of two of Canada’s leading weekly news magazines, Maclean’s and L’Actualité.

McDermott attended secondary school at Upper Canada College in Toronto, and holds a Bachelor of Commerce degree from Queen’s University in Kingston, Ontario. After relocating to the UK in 2004, McDermott completed his MBA at the Judge Business School at the University of Cambridge.

A citizen of both Canada and the United Kingdom, McDermott resides in London with his wife and two young daughters.