SMPTE: The power of smart contracts awaits the media industry

Offering twinned creative technology and technical infrastructure strands, running simultaneously in the NFT2 and NFT3 theatres, the SMPTE UK Media Technology Conference 2022 marked 29 June as the day it created a new, modern media image for itself in the UK. George Jarrett reports. 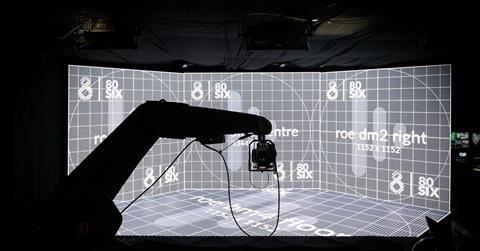 SMPTE 2022: From VP to Blockchain, and NFTs to industry skill shortages

“Pretty well everything that we are starting to do technology-wise is actually addressing those key requirements. It’s not just about IP, it is about IT. Broadcast in general is moving from the bespoke to the generic,” he added. “What’s ahead of us is the move to a virtualised infrastructure, or abstracted infrastructure, different models for the way people pay for it, and convergence with NLE file-based tools.”

The key other development is abstracting users from the technology. “People should not need to know about high tech broadcast and IT low level principles to be able to use the technology, so abstraction is really important. So too is leveraging the best foundation security principles from the IT industry.”

Nowak said: “VP has become a really hot topic since the pandemic, and it has now escalated again.”

Bailey admitted that he came upon VP by surprise. “We were taking real-time virtualisation on set and not knowing we were on the path to what has become known as VP. The computing was totally a no-go area, so we developed the required specialised computing and we sell this to artists and some of the biggest studios in the world.

“We differ from VFX supervisors, because VP supervision is more about mentoring and helping to enable every production department. We are now working with a lot of photographic capture within environments, and we find ourselves giving over the techniques required to capture these things and bring them into the engines. Next is how to make them look photorealistic. But what looks realistic on a screen is not what looks realistic in a camera. We are in a learning zone at the moment.

“There is a lot of focus on technology, but ultimately we are filmmakers and we want to tell better stories…”

“The first people to come to this new storytelling technology are the storytellers, and commercials are starting to grab onto VP pretty quickly. Because you could sell a concept in a boardroom and always come up with a way to do it,” he added.

Ad tech is the big driver

Galler has supervised and produced many projects and his goal is to get in early and communicate across departments to ensure that everyone understands the challenges.

“There is a lot of focus on technology, but ultimately we are filmmakers and we want to tell better stories. We also want to enable other people to tell better stories. The best way to do that is to communicate clearly and [to] design and innovate tools to allow people to see things as early as possible,” he said. “It is the innovation of pre-vis.” 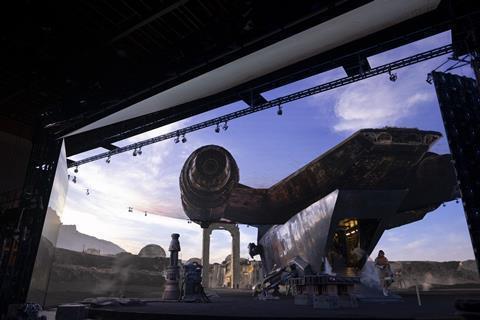 “One of the challenges at the moment is that VP is not cheap,” Andrew Wilding, Sohonet

The worst thing you can do, said Galler, was to shoehorn the technology into a project after it has started. “From a line-item point of view VP is taking some of the VFX budget, so it would be good to see a new VP production department with its own budget and line items,” he added. “I try to connect film producers with producers who work on live TV.”

Galler wants to see robust services and robust data management. He says that: “Demand is fast outpacing our ability to manage remote manipulation at large scale. It’s not a question of if but when things become real-time. There is no way around that, and real-time advertising is going to drive the market, because there is an immediate financial payoff to getting targeted real-time advertisements. Ad tech drives almost everything we do ultimately.”

He also wants to see The VP community bully the VFX business away from its ancient pipelines. Sohonet’s Wilding posed the difficult question. “One of the challenges at the moment is that VP is not cheap. But if you are shooting in a VP environment you are saving on all the carbon of flying everybody to say New Zealand. We have to look at the carbon impact of the staff we are putting in, and if we are putting in 400 LED panels, what is the power consumption? Additionally, what is the cost of all that render capability?

“What we are also seeing with VP is that people are not recognising that you are creating so much data,” he added.

Galler also said: “We don’t move around that much data, but what we have is really late deliveries that are really large and I need a pipeline as big as can pull it down as quickly as I can process it. Now I am asking for a designated 100 Gig.”

Bailey added to this: “There is something like a two-way wrestle between the amount of data we are creating, and we are very aware of that.”

Keeping hold of our rights with blockchain

Taking back rights and making money were presented as the undeniable plusses of turning to blockchain and NFTs by Tracie Mitchell, MD of Greenfish.io and Solene Marvian, a producer with Film Angels.

They took it in turn to move things along, and Marvian started by saying: “I have incorporated [blockchain and NFTs] into the making and distribution processes, as I believe it will make it easier for independent producers.

“Media companies are going to end up banking broadcast services that they will sell. They will end up just being a wallet.”

“NFTs are an extra way to find financing and to keep hold of our rights, and the use of blockchain could be a digital ledger that keeps hold of all the data operations,” she added. “Once we create a community, we will be able to engage and share our project from the beginning. Even if we don’t manage to raise a full budget solely with NFTs it gives us more leverage to go and see other financiers.”

What are the rewards of buying NFTs to fund a movie? “The first one could be a one-to-one session with one of the actors. It could be a mention in the credits, or a product placement in the film. The NFT I am mostly excited about is the one that holds a royalty revenue,” said Marvian. “The automatisation of rights helps to re-distribute revenue more effectively after each sell, and we can use NFTs during distribution, giving us a new and different opportunity to engage with our audience.”

Mitchell spent 25+ years in broadcast engineering, but eventually found each TV station she built “would be a bit of a cookie cutter”. She now builds apps on blockchain networks.

“There is a new industry that has popped out about standards, security and protocols to actually get the media between A and B, and this is completely ignoring the value of the media, and all the financial data is reconciled after the fact,” she said. “Now, producers are beginning to engage directly with their audience and that audience is coming further upstream in our world, and beginning to be associated with the actual content.

“We are hearing all these terms – Web3, Film3, Metaverse, etc – and we don’t know what it is. In my opinion it is the biggest change to the global business model that we will see in our lifetime,” she added. “Media companies are going to end up banking broadcast services that they will sell. They will end up just being a wallet.”

Mitchell believes it is time to look at different technologies and verticals, which means networks. She breaks the future down into the wallet, smart contracts, and the network.

“We just transact with a wallet on networks, and all of the tokens will be associated with that wallet; these will be security, utility and a brand new one I am excited about called a Soul Based Token. Smart contracts are basically your policies and your rules,” she said.

The preferred network for both speakers is the Eluvio Blockchain because it has a native stack. At the end of a demo around modular apps she had built directly, and directly playing a content file on the Internet, Mitchell said: “No database, and no moving files from A to B. This is what new technology is enabling us to do, and we can distribute content globally using these types of networks. It is extremely clever. Smart contracts = the power.”

To explore these subjects in more detail, read Virtual production: 10 years of growth achieved in one? Or The metaverse: More of a social revolution than a technical one?