Industry veteran Martin Stewart has a wealth of experience in competitive markets, but the Chief Executive of OSN needs to draw on all his resources to tackle the challenges that face the big media players of the Middle East and North Africa. 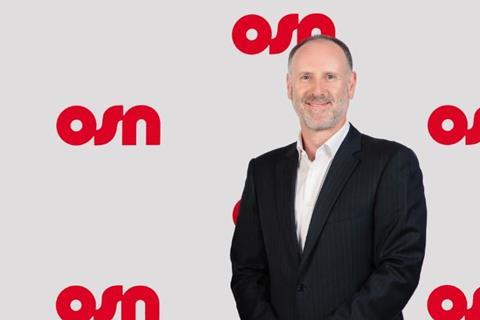 Martin Stewart cut his teeth in the competitive British media and sports market, with stints as chief financial officer at three high-profile organisations: Sky, EMI and The Football Association.

It’s clear that he must be putting many of the lessons learned there to good use in his role as chief executive of OSN, the leading pay-TV network in the Middle East and North Africa.

If anything, one imagines that this job must be the most challenging of the lot. Dubai-based OSN operates in over 25 different territories in the region. Saudi Arabia is its biggest market, followed by Kuwait, the United Arab Emirates, Qatar, Jordan and Oman. Egypt is also a key territory, and OSN also has pockets of subscribers in conflict-hit countries such as Iraq, Syria, Libya and Yemen.

“This is a tough market. It is highly competitive. There are a lot of extremely deep-pocketed legitimate competitors”

“It’s like an extreme version of operating all over Europe really,” says Stewart.

Competition for viewers is also intense. Rival pay-TV service beIN is shaking up the market with a strong slate of exclusive sports rights and is now providing more entertainment content – traditionally the strong point of OSN. Streaming giants like Netflix and Amazon have also become key players in the region.

Yet, with its twenty-year history in the region and an estimated one million subscribers, OSN has a decent hand to play. 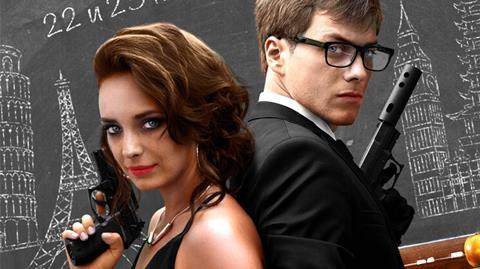 Some 15-20% of its content is Arabic language, and it also offers services in Filipino and South Asian languages.

Since he joined two years ago, Stewart says he has sought to turn the company from a traditional direct to home (DTH) platform into an entertainment business whose content is now available on multiple devices. “We are and continue to strive to completely agnostic about how we deliver our content,” he says.

Stewart cites four key priorities he has focused on since his appointment in June 2016. The first was to upgrade infrastructure and ‘the tools we give to our staff to do their job’.

The second was to launch OSN’s skinny bundle streaming service Wavo which rolled out last year and has since seen its price simplified and reduced to $9.99 a month.

Third, OSN has continued to invest in its content offer, acquiring more programme rights. And fourth, OSN has struck a number of partnership deals. It was, for example, the first pay operator to partner with Netflix, in a deal which allows OSN customers to access Netflix’s content library via a new OSN box.

Customers can pay for their Netflix subscription via one consolidated OSN bill, an important move in a region where credit card penetration is not as widespread as some markets.

“Overall, we’re trying to give customers a broader range of content, focusing on trying to make the service from OSN as seamless and painless as possible,” says Stewart.

He hopes to build on the partnership model struck with Netflix. With so much content being produced, Stewart says that companies like OSN have to recognise that people want to take multiple services. “We want to make it easier for customers to access it through our boxes,” he says.

”Everybody wants to see characters and stories they can relate to”

”Furthermore, Arabic language content is becoming ever more important for the younger generation. Noting the push into local language content by the likes of HBO, Netflix and Amazon, Stewart says that original content “is going to have to be an important part of any company’s offering.”

Arabic content is “incredibly important” for subscribers to OSN. “People here are no different than in, say, the UK. Everybody wants to see characters and stories they can relate to.”

Stewart would also like to see many more dramas and stories from MENA being exported, citing the huge amount of creativity in the region. “We have been a net importer overall of content for the last 30 years.”

That said, global hits such as Game of Thrones are hugely popular among OSN subscribers, while its kids’ content from the likes of Disney is a big draw. In terms of movies, action is a popular genre. “We know if we schedule an action movie, we are going to get a lot of viewers.”

Fighting the thieves
Stewart is also prominent in calling for greater action against piracy, which is estimated to cost the entertainment industry US$500 million annually in the Middle East. “We unfortunately have a serious piracy issue in the region that I think is unique in the world,” he says.

22 pirate stations were shut down last year, according to the MENA Broadcast Satellite Anti-Piracy Coalition. A total of 2.71 billion downloads of pirated content were made in the same period.

“We will get there,” says Stewart, noting that all governments in the region have ambitious development plans to help diversify their economies beyond relying on revenues from fossil fuels. Tackling piracy – which hits jobs and investment - is key to this, says Stewart. “A thriving media economy is vital for those aspirations to be realised.”

Yet for all the challenges of operating in such a diverse region, Stewart stresses the opportunities for growth. “The big opportunity for all of us is that overall penetration is very low across the region.” He reckons there are some 70m households in the region, with only about 3.5-4m signed up to paid for television services.

“Simply put, our growth is going to come from increasing the number of distribution platforms we are on, making sure we make the most of our OTT service, and continuing to leverage on the cable companies’ investment in IPTV.

“We also have a lot of territories that are almost virgin markets for us and everybody else,” he continues, citing nations such as Iraq, Syria, Libya and Yemen. “They are all countries that have gone through some tough times, where our packages wouldn’t necessarily have been the first thing on people’s minds. As those countries grow and hopefully prosper in a peaceful way, we can start to help grow the market there,” he says.

OSN also needs to “broaden our demographic range,” says Stewart. “We used to be almost a luxury product. We’ve had a great history of success like that, but I am looking for how we grow from here.”

The Middle East, after all, is one of the most youthful regions in the world – more than 28% its population is aged between 15 and 29. Education levels are high, while there is high smart phone and online penetration. “I think it all brings massive opportunities,” says Stewart.

IBC2018 Martin Stewart will speak in the panel session Compete, collaborate or consolidate? Finding friends and foes in an age of unprecedented change on Thursday 13 September