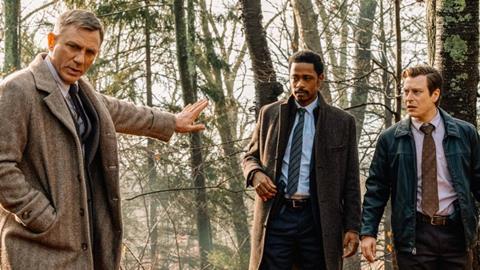 Lionsgate Knives Out: Set to be available on Amazon Prime Video in the UK

Amazon has agreed an exclusive output deal with Lionsgate Movies, to be the UK’s go-to streaming choice for the studio’s recent releases and upcoming theatrical films.

The multi-year deal announced on Thursday was confirmed as starting from the 1 January 2020. It means Amazon Prime Video in the UK will exclusively launch Lionsgate feature films including Knives Out, Midday and Bombshell.

Lionsgate president of worldwide television and digital distribution Jim Packer said: “We’re delighted to expand our longstanding relationship with Amazon to bring our films to their Prime Video service in the UK.

“It is a great new collaboration with an important content partner in the worldwide arena, underscoring the breadth and depth of the Lionsgate slate.”

The Lionsgate titles join the thousands of TV shows and movies available on Prime Video which are available to download temporarily on mobile devices and tablets to watch offline.

The terms of the deal were not disclosed but the announcement confirmed that Prime users, as well as those subscribing to the monthly standalone video service, will have access to Angel Has Fallen and Rambo: Last Bloody as well as the series starring David Copperfield.

“Our customers will be delighted that Lionsgate’s Hollywood and British blockbuster movies are coming to Prime Video.”

The deal comes as Amazon is faced with new competition, in the wake of Apple launching its Apple TV+ streaming service and Disney+, which went live in the US and Canada this week.

While, UK streamer BritBox, a service combining content from networks ITV, the BBC and Channel 4, launched earlier this month.