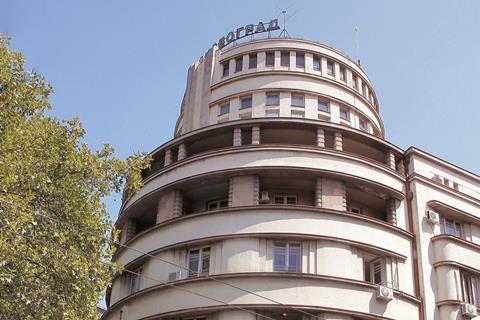 Noa: Radio Belgrade has been broadcasting since 1929

Noa, in collaboration with its Serbia-based partner and systems integrator Kompani DigiTV, embarked on a scheme to modernise Radio Belgrade’s entire archiving process, phasing out its various legacy databases and replacing them with a single NOA mediARC archive asset management system.

To achieve the required results, it was necessary to normalise all source databases before importing the information into the central mediARC archive database. The mediARC system works in collaboration with Radio Belgrade’s existing Noa Record workstations and supersedes the jobDB workflow system.

What’s more, for some 50 years, Radio Belgrade, which launched its first broadcast in 1929, had transferred catalogue information towards Winisis and MS Access databases, and because of changing working patterns over such a long period of time, consistency differed greatly, necessitating considerable consolidation. Fortunately, thanks to mediARC’s semantic and relational approach, consolidation and normalisation were not only possible but resulted in a consistent data design improving the archiving work of Radio Belgrade, including separate item entities for persons, carriers and content segments like Albums and Titles.

In addition, because much of the archival material was tagged insufficiently or in a discrepant manner, the majority of the tagging process had to take place during the migration phase. This was a delicate job that involved dealing with 10 different databases and what constitutes the broadcaster’s complete, irreplaceable patrimony.

Noa CEO Christophe Kummer explained that, given the context and despite the fact that it was inevitable for errors to arise due to inconsistencies in how data is described, the goal was to consolidate 80-90% of the data towards a “meaningful corpus” of mediARC.

“It’s so important to be able to help institutions safeguard their cultural patrimony and to do so in an efficient manner,” he said. “Having to standardise material from 10 different databases over so many years certainly presented a challenge. But, thanks to our expertise and experience, we managed to successfully migrate Radio Belgrade’s valuable repertoire in a coherent manner which will facilitate access to and preserve this content in the future.”