Mobile World Congress in Barcelona was an understandably low-key affair that showcased 5G gains, 6G plans and metaversian visions of the future.

Everything seems trivial in the face of the Russian onslaught in Ukraine, not least a conference famous for its visions of the economic and societal benefits to humanity of mobile coverage. 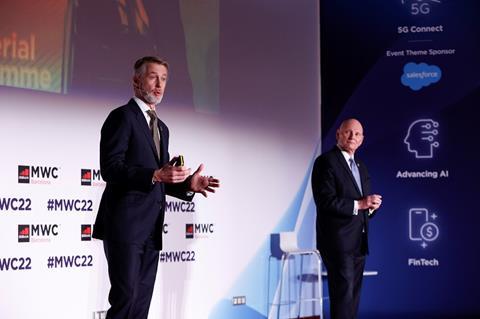 “The complete eradication of hunger and poverty is for the first time in our history a possible achievement,” he began. “Yet, despite the fact that today the world is more connected than ever, we are losing faith in ourselves and our future. The reason is that the link between material progress and ethical progress has been blurred. The [current action] in Ukraine has reminded us that technology lacks values. Technology gives us power to change and do more, but that power can be used for good and bad. When it is used for hyper-individualistic values instead of solidarity, empathy or mere connection between people [it sows] distrust.”

This was a sober start to the world’s biggest mobile technology conference, but it got lighter.

Mats Granryd, Director General of mobile industry body GSMA, proceeded to talk about Star Wars, Blade Runner and Total Recall. Think about how much those classic science fiction films got right about the future, he said. “Space travel, human-like robots, self-driving vehicles and absolutely no cables anywhere. They imagined the future and brought it to life. So, what type of tomorrow are we dreaming of? What type of reality do we want to create?”

Underpinning the telco industry’s current investment plans is 5G. The GSMA revealed the latest figures for rollout in its annual Global Mobile Economy Report that coincided with the show.

The total number of 5G connections is expected to top 1 billion this year, and by the end of 2025 will account for around a quarter of total mobile connections worldwide.

In 2021, mobile technologies and services generated $4.5 trillion of economic value, equating to 5% of global GDP, the report said, on path to reach $5 trillion in 2025. 5G is expected to benefit all economic sectors of the global economy during this period, with services and manufacturing experiencing the most impact.

Meanwhile, the average retail price for a 5G phone has now fallen below $500, with devices under $150 available from some vendors, such as Realme. This bodes well for 5G adoption in less wealthy markets and opens the door to innovative services built around the technology.

In terms of coverage, Vodafone CEO Nick Read said South Korea had 90% of its population covered, China 60%, the US 45%. “Europe is under 10% with Africa barely at the starting line”, he said. Europe will only catch up “if we reverse the fragmentation of the sector, otherwise it will be the passive bystander of the new tech order. We all need to face this challenge head on and resolve it together,” he added.

The GSMA also said that mobile operators are facing a capex hike of over $600 billion worldwide between now and 2025, roughly 85% of which will be in 5G networks.

Much of the argument by execs at MWC is framed around its call for regulatory and policy frameworks “conducive” to that investment such as “adopting a balanced approach to collecting revenues through taxes and fees on the mobile sector, without jeopardising medium-term investment and economic growth”.

“The race to net zero is one of the most important catalysts in the coming year,” Allison Kirkby, Telia

“We are living in the biggest technological evolution in human history and its impact will be four times as big as the industrial revolution,” declared Álvarez-Pallete. “We are entering a new era of super connectivity.”

He continued: “The pandemic is like a time machine accelerating further digitisation and this is irreversible. Ultra-broadband is already here; processing and storage capacity is growing exponentially going to the cloud; VR and enhanced reality is changing how we experience everything. More is coming - blockchain, quantum computing, edge compute and AI. A new immersive world is almost here with web3 and the metaverse.”

Ah yes, the metaverse. It will also undoubtedly start as a niche service, given the connectivity and device requirements. However, the momentum behind applications seeking to incorporate AR and VR with social media and the cloud is growing.

Meta used the occasion to announce the Metaverse Innovation Hub, a research centre in Madrid to be set up with Spanish telco Telefónica, intended to help operators and partners get ready for metaverse applications.

In a Tech@Facebook post, Meta’s VP of Connectivity Dan Rabinovitsj said video streaming will need to be faster in the metaverse, because headsets need more pixels.

“Streaming a 720p video on a standard smartphone screen requires 1.3 to 1.6Mbps of downlink throughput, and on a smartphone held at arm’s length, 720p resolution is sufficient to achieve human retinal resolution. But on a head-mounted display sitting just centimetres from the eyes, retina-grade resolutions will need to be many orders of magnitude larger, even beyond 4K resolutions.”

Korean operator SK Telecom debuted its ‘4D Metaverse’ display where visitors could take a ride on a giant swooping robot arm and get a glimpse of a future virtual world.

Telefónica’s Álvarez-Pallete pointed out that the technology underpinning this new immersive reality “will be the most advanced infrastructure built to move the world forward. We have a reason to make sure this new reality mirrors the best of our democracy and open society - the best of our values.”

“We need a new social contract,” he said.

“A new immersive world is almost here with web3 and the metaverse,” José María Álvarez-Pallete, Telefónica

Avatars for everyone at Weta

Microsoft’s plans to buy gaming giant Activision Blizzard for $68.7 billion play into a long-term vision which puts gaming as a key component of the future virtual experience. 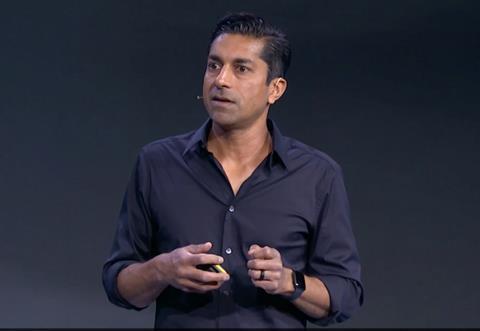 The $1.6 billion acquisition by video game software developer Unity of VFX powerhouse Weta is widely viewed as a sign that it is exploring monetisation opportunities in gaming and beyond.

Overseeing that sale was Prem Akkaraju, CEO of WetaFX, who presented digital character Junior from the 2019 film Gemini Man starring Will Smith. Gollum – also animated at Weta on the back of Andy Serkis’ performance – was the first photoreal CG character on film, he said, and Junior “was the first full digital double from head to toe”.

The pact with Unity means that the technologies that went into making such leading-edge characters will be made available to everyone.

He implied that Weta’s software that went into building Pandora for director James Cameron in Avatar 1, 2 and 3 could be opened up to builders of virtual worlds in films, games and sports.

“Imagine what the world will look like when the tools that made Junior, typically only available in companies like mine, are now available to any future 3D artist,” he said. “Any artist out there that has a dream and a device can make such compelling immersive content.”

Telia CEO Allison Kirkby was among many execs using the MWC stage to add concern for the climate.

“The race to net zero is one of the most important catalysts in the coming year,” she said. “This requires the fastest transition in the history of business. We need radically accelerated innovation when it comes to resource efficiency and using technology to improve existing operations.”

AWS is attempting to become net-zero carbon by 2040 and said its new tool will help other businesses achieve their own climate goals. That includes broadcasters where to-date data about the carbon cost of production from cloud providers has not been forthcoming.

This was a key finding from an IBC Accelerator project on sustainable live production. A collective effort involving BT Sport, Sky, Microsoft and the Premier League prompted Microsoft to engage with the industry directly on the matter. Both Microsoft and AWS have pledged to share their data, opening what has up to now been a black box with the aim of producing metrics that can be used to inform future decisions regarding sustainable productions

For all the talk about 5G, the industry is preparing for its successor and at a pace that could mean commercialisation around the end of the decade. 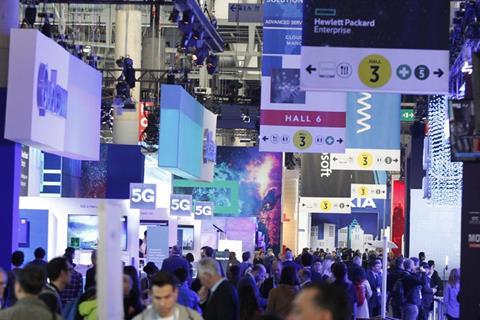 At the event, Jessica Rosenworcel, Chair of the US’ Federal Communications Commission, spoke about the importance of paving the way for 6G. In particular she wants US telcos and government to start identifying midband spectrum right now that can support faster speeds and wider coverage beyond 5G.

“Let’s not forget the lessons we’ve learned with millimetre wave spectrum and 5G,” she said. “These waves are fragile. And, while there’s a lot of this spectrum to deploy, it doesn’t travel very far, and right now deploying it is awfully costly.”

She added: “These are early days, but if we’ve learnt anything from our experience rolling out 5G, it’s that wireless service matters for economic and national security.”

South Korea aims to commercialise 6G services as soon as 2028, the country’s science minister said in another MWC conference session.

“We are continuing our preparations for the 6G era with the aim of commercialising 6G from 2028 to 2030… It will offer a network 50 times faster than the current service and an expanded coverage of up to 10km,” Lim Hye-sook said.

South Korea became the first country to commercialise 5G services in April 2019. She said that it is talking with counterparts in the US, Finland and Indonesia to discuss partnerships in 5G, 6G and metaverse.

There has been a flurry of announcements related to 6G in recent months, with governments and industry players outlining plans to move the concept beyond just a vision to identify use cases and roadmaps.

Orange has laid out its view of future 6G use cases, including ‘holoportation’ and large-scale digital twin technology; the Chinese government plans to prioritise development of 6G to 2025; in North America, the University of Texas has launched a 6G research centre (6G@UT) with the support of AT&T, Samsung, Qualcomm, Nvidia and InterDigital; meanwhile MIT and Ericsson have entered into a research collaboration to design new hardware for 5G and 6G networks.

The GSMA said: “Since it takes nearly a decade to move from research to commercialisation, today’s 6G discussions are timely and necessary to ensure equal opportunities and a global approach to 6G standardisation and development.