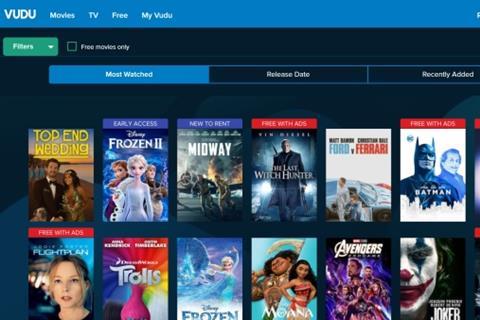 NBCUniversal’s Fandango division has inked a pact to buy digital film and TV streaming platform Vudu from Walmart, as NBC agrees to offload its stake in Euronews.

The movie ticketing company Fandango, which is owned by NBCU, agreed to buy Walmart’s on-demand video streaming service, Vudu, for an undisclosed sum.

The video service claims it reaches more than 100 million devices across the US which includes smart-TVs, Blu-ray players, game consoles and OTT streaming services as well as Windows and Mac computers, Android and iOS devices.

Fandango said it plans to maintain a Vudu office in California as it offers jobs to the majority of Vudu employees.

NBCU is expected to merge the operations of Vudu and FandangoNow once the deal is completed, however “there will be no immediate changes to either service” according to the FAQ page on Vudu’s site.

Under the deal, Vudu will continue to provide the back-end infrastructure for the movie and TV sales and rentals on walmart.com.

Due to the coronavirus pandemic sweeping the globe, Fandango’s core business of selling ticketed films has shuttered.

According to a statement on its website, Vudu said it “will continue to deliver an amazing experience; and we promise that the future will bring new exciting features, offerings, and other benefits.”

Vudu also said purchases made on the platform “will be safe on Vudu” and users will continue to have access across devices.

Vudu currently offers over 10,000 titles for free, plus some 150,000 titles to rent or buy including new releases in 4K Ultra HD.

A report from Variety notes that discussion on the sale emerged earlier this year as NBCU expands its digital video business in readiness for the launch of its streaming service Peacock. 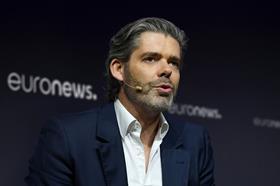 Walmart claims that Vudu has an installed base of more than 100 million devices in the US, after the retailer acquired the service in 2010 for a reported $100 million.

Last week, Comcast launched an early preview of the Peacock service – a premium ad-supported offering – for its Xfinity X1 and Flex customers for no extra cost.

NBC sells stake in Euronews
US network NBC News has sold its stake in the broadcaster Euronews, according to an email sent to Euronews staff, as reported by Politico.

The sale ends the three-year partnership between the US broadcaster and the pan-European news channel and will mean that Euronews majority owner Media Globe Network has increased its share of the company to 90%.

Euronews chief executive Michael Peters said in an email to the company: “MGN has increased its shares from 63% to 88%, after reaching a deal on 15 April 2020 with NBC News to acquire their 25% stake in Euronews.”

Peters said: “While our strong European identity and focus sets us apart, Euronews and NBC Sky World News will both undoubtedly be operating on the same international news channel market.”

MGN’s acquisition of the NBC stake is “a welcome move for both Euronews and NBC News [and] … also a vote of confidence for Euronews by its existing majority shareholder,” he added.