Reporting its Q4 2018 results, Netflix has revealed its revenues grew to $16 billion and concluded the year with 139 million paying memberships.

The streaming giant’s annual revenue grew 35% to $16 billion in 2018 and nearly doubled its operating profits to $1.6 billion, while a record 8.8 million subscribers joined Netflix in the final three months of 2018. 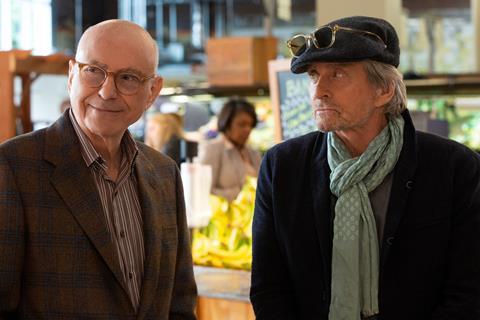 The Kominsky Method: Michael Douglas, right, was awarded with a Golden Globe

The successful growth was attributed to a significant leap in new customers from outside the US.

Netflix said that as expected, Q4 operating margin dipped to 5.2% down from 7.5% the previous year because of the additional titles launched in the quarter.

Significant investments in global productions were highlighted, including the co-production of the Bodyguard with BBC One and Baby, the second original series coming out of Italy. Turkish original series The Protector boasted strong viewership numbers inside and outside of its respective regions. Netflix said that over 10 million member households watched each of the programmes within their first four weeks of screening.

In the statement, Netflix said: “Around the world, our titles are not only pleasing consumers but they are transforming the careers of our talent.”

However, according to its letter to shareholders circulated yesterday, Netflix is heading towards lower than expected results for the first quarter of 2019.

With thousands of competitors in the fragmented streaming video services market, Netflix holds it ground, earning around 10% of television screen time in the US and significant penetration globally. 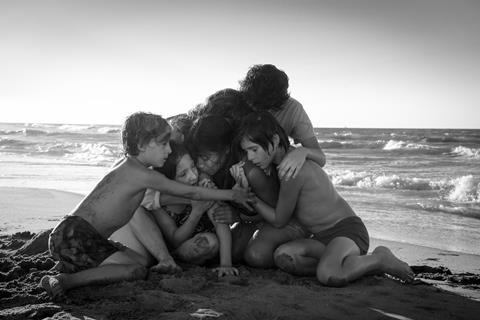 Netflix has secured a record number of new subscribers in 2018, causing concern about the fate of traditional broadcasters.

ITV shares fell by 6% yesterday after a bleak report from Bank of America Merrill Lynch warned investors not to underestimate the significant disruption Netflix and YouTube are having on the industry in the decline of traditional linear broadcasting.

The report highlighted that while UK audiences still watch more than three hours of TV a day, its “edge is eroding quickly”, particularly among those under 35. The “digital natives” traditional TV watching has declined by 30% since 2012.

The report stated: “TV is quickly losing its reach and scale advantage,” and by 2020, digital natives will account for 50% of the labour force, making them invaluable targets for advertisers, however are predicted to “only be light TV users.”

As consumer turn to favour Netflix and Amazon services the eyeballs reduce the screen time and advertising from traditional TV.

Netflix announced its focus for 2019 is on how it can improve the experience for subscribers as opposed to directly angling the focus on its competitors including the new Disney+ and Amazon offerings.

Earlier this week it announced an increase in the price for 58.4 million US subscribers, marking the biggest fee increase in Netflix history. It’s no surprise the company is looking to boost top-line revenue in order to offset its growing content costs, which were projected to hit a gross $13 billion in 2018.

Netflix affirmed its long-term plan: “To keep significantly growing our content while increasing revenue faster to expand our operating margins.”