Amazon Prime Video has agreed a multimillion-pound long-term contract with Shepperton Studios for exclusive use of new production facilities at the Surrey studios for future original TV series and movie productions. 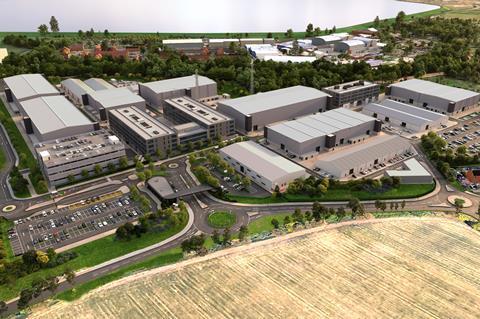 Amazon’s move comes as streamers increasingly look to strike long term deals with studios. There is currently huge demand for production facilities amid record levels of film and high-end television production spend in the UK, which hit £5.64 billion in 2021 according to BFI figures.

Netflix also has a production hub at Shepperton, and last year agreed a long-term contract with the studio to double the size of its existing base there.

Disney, meanwhile, has signed a long-term deal for studio space at Pinewood.

Amazon Prime Video continues to ramp up production in the UK. 2022 and 2023 will see its largest number of UK original series launching to date including thriller The Devil’s Hour, Jungle, a grime and drill music drama series; oil rig drama The Rig; and comedy drama Mammals.

Global Amazon series such as Citadel, The Power, Anansi Boys and Good Omens season two are also filmed in the UK. Last year, Amazon Studios announced its forthcoming Lord of the Rings series, The Rings of Power, will film season two in the UK.

Jennifer Salke, head of Amazon Studios, said: “Shepperton has long been synonymous with top-tier television and movies and we’re proud that it will be home to many Prime Video original productions in the years to come.”

“We’re delighted to be welcoming Prime Video to our expanded Shepperton Studios,” said Paul Golding, chairman, Pinewood Group. “This landmark long-term commitment to Shepperton supports our considerable investment in this fantastic studio. Once construction is completed in 2023, Shepperton Studios will comprise 31 purpose-built stages, making it the second-biggest studio in the world.”