The IBC2021 International Honour for Excellence will be awarded to Barbara Slater, BBC Director of Sport.

Slater is the first woman to hold the post and a pioneer for women in sports broadcasting worldwide. Slater will be presented with the award at the IBC Innovation Awards on the 23rd of November, held exclusively on IBC Digital. 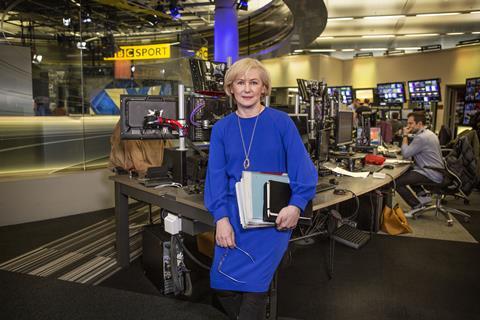 “Disparities still exist between men and women’s sport in terms of viewership and coverage, but Barbara Slater has played a pivotal role in helping level the playing field during her time at BBC Sport,” said Michael Crimp, IBC chief executive.

“The International Honour for Excellence has a long history of rewarding industry pioneers, so it’s hugely appropriate we recognise Barbara Slater for her commitment to technological excellence and equality in sports broadcasting.”

Barbara Slater was born into a life of sport: her father played football for England; her uncle was a professional cricketer. She was a talented diver who moved into gymnastics, taking part in the 1976 Montreal Olympic Games.

After retiring from competitive gymnastics, Slater moved into television and quickly joined BBC Sport, where she has worked for 37 years. Barbara was appointed BBC Director of Sport in 2009, and one of her first challenges was to develop the remarkable multi-platform coverage of the 2012 London Olympics. Today, she works closely with other broadcasters and sports bodies, including advising the International Olympics Commission. In 2014 she was made an OBE for her services to sports broadcasting.

“I am extremely honoured to receive this prestigious award,” said Barbara Slater.

“In my years at BBC Sport, I’ve seen an industry transformed. Technology has paved the way to an entirely new level in the quality of coverage, the choice, the range. I am so proud of my career in sports broadcasting and would like to say a huge thank you to IBC for this accolade, which in turn recognises the significant advancements women’s sport has made.”

Alongside presenting Slater with the IBC International Honour of Excellence, this year’s awards ceremony will also announce the winners of the IBC Innovation Awards, the IBC2021 Best Technical Paper Award and a special award recognising excellence in this year’s Olympics coverage. Winners will be invited to attend a networking reception at the live event in Amsterdam in December.