BBC Studioworks is to hire out and manage four sound stages at BBC Roath Lock Studios in Cardiff, it has been announced.

The move forms part of BBC Studioworks’ pan-UK expansion strategy and sees it step up its foothold in the sound stage market, having operated George Lucas Stage Two at its Elstree Studios facility for the past nine years. 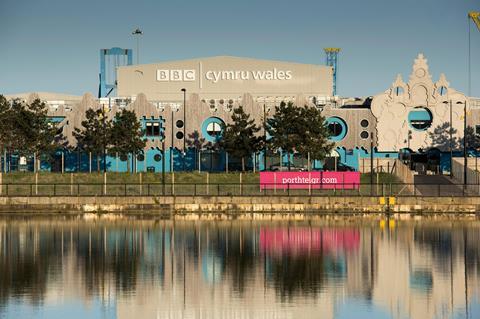 The purpose-built stages, previously used for Doctor Who, range from 5,101 sq. ft-12, 318 sq. ft and come with production office space, set and prop storage, wardrobe and hair and make-up rooms.

Roath Lock Studios have an enviable heritage, home to shows such as Casualty, Pobol y Cwm and Doctor Who, plus other shows since it opened in 2011. The production of Doctor Who is moving to Wolf Studios in Cardiff for its 14th series with new timelord Ncuti Gatwa.

The move is the latest expansion for BBC Studioworks, whose portfolio has traditionally been centred on London-based multi-camera TV studios in Elstree and BBC Television Centre.

The Glasgow multi-camera studio, co-funded by the Scottish Government and Glasgow City Council, will open in Autumn 2022 and will house entertainment shows across multiple genres.

“Roath Lock marks another important step in our growth plans as we look to expand geographically and assess opportunities across the entertainment industry,” said Andrew Moultrie, CEO, BBC Studioworks. “We hope our arrival in Cardiff will be the start of a long and successful relationship, enabling us to significantly contribute to the continued success of this vibrant and creative local sector.”