Broadcast equipment manufacturers are battling with supply shortages, with as many as 40% of respondents to a recent IABM survey reporting a severe shortage in electrical components.

Difficulties in obtaining essential parts have led to concerns among some manufacturers that they may not be able to meet customer demand, with 56% of the 130 companies surveyed reporting shortages across all or most of the component categories.

“The worldwide shortage of electronic components may be making the headlines mainly due to its effect on the automotive industry, but this survey shows it is also having a significant impact on the broadcast, media and entertainment technology industry,” said Lorenzo Zanni, head of knowledge at IABM.

Read more In-depth: How manufacturers are responding to component shortages and the implications for broadcast equipment buyers

“We undertook this international survey because some of our members indicated that they were having problems sourcing components; these survey results, which were given to us by members in every geography, clearly show that this is an international problem, which, given the difficulty in obtaining some of the rare raw materials and the fact that you can’t suddenly switch up production to meet demand, looks likely to be with us for some time to come.” 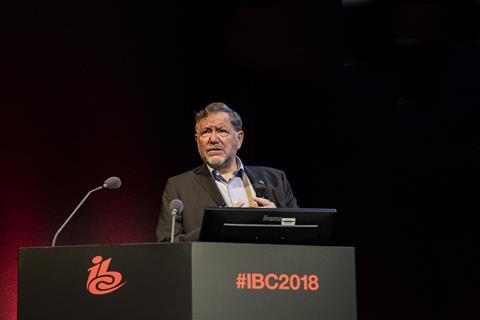 In response to the survey results, the IABM has launched the BaM Stock Exchange, a section on the IABM website which allows IABM member companies to list their excess stock and others to search for components. The IABM will then put the two parties in contact to complete the transaction.

According to the survey, chips are among the hardest to source, with 43% of media technology suppliers reporting difficulties in obtaining both logic and memory chips. Some 13% of respondents picked memory specifically, and 11% FPGAs.

Oscillators, GPUs, SFPs and CPUs were only of concern for between 1 and 3% of respondents.

The survey also asked whether the problems are with supplies from particular geographies. 26% of respondents identified APAC as the source of supply difficulties (and just 5% and 7% respectively for the Americas and EMEA), but large majority (62%) saw this as an international problem – with supply problems everywhere components are manufactured.

Finally, the survey asked what respondents were doing to mitigate the effects of the shortages. 40% are finding alternative suppliers and spreading orders across several, 31% are advance ordering large stocks and/or paying more, 19% are managing customer expectations and 10% are just waiting for things to improve.

“Grass Valley was experiencing significant challenges in sourcing certain components for manufactured products. We wanted to establish how widespread this problem was in the broadcast and media technology ecosystem.

“The survey revealed that many companies are experiencing the same difficulties – but was there anything we could do about it? As a relatively niche industry compared with, for example, the automotive industry giants who are widely reported as suffering the same shortages, we don’t have equal ‘clout’ with component suppliers.

“However, most companies do hold their own stocks of components – some of which they no longer use. Since many components are common across broadcast and media tech suppliers, it makes compelling sense to use the industry’s independent, international organization as an ‘Exchange’.”