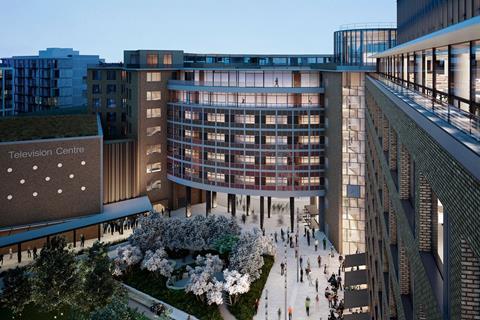 Andrew Moultrie: ”The business is looking really positive, it’s going to be a really busy autumn for us”

BBC Studioworks CEO Andrew Moultrie claims that the coronavirus will open up the media and broadcast industry to new ways of working, driving the adoption of new technology across productions.

Moultrie, who took the reins at the BBC’s commercial studio arm in 2019, was speaking to IBC365 for Episode 3 of the IBC Podcast.

He acknowledged that the Covid-19 pandemic had taken a “massive impact” on headline revenues at Studioworks, which had returned its first ever dividend prior to the crisis.

The biggest hit was to the Spot market, which makes up around 50% of Studioworks income.

“April to June, that business pretty much dried up as Covid was at its height,” said Moultrie, “which has led to a gap which is unable to be recovered pretty much in the calendar year, if you think about capacity in the marketplace and the need to put everything back.”

Restrictions introduced to protect from Covid-19, such as social distancing, are also limiting the number of productions that Studioworks can house at its facilities, which include BBC Television Centre in London.

However, Moultrie said he is seeing positive signs as the industry ramps back up in the Autumn.

“That said the business is looking really positive, it’s going to be a really busy autumn for us. It’s starting to ramp back up,” he added.

To create a safe production environment, Studioworks has introduced a number of measures across its three sites. These include mandatory temperature checks, social distancing measures, increased cleaning protocols and gel points, one way pedestrian routes, screen dividers in galleries and in some more used areas, it has intropduced UV cleaning.

One major challenge Moultrie identified was moving postproduction services off-site but the “global pandemic has forced you to rethink how you do operate right across the mix”.

“And I do think there was a tried and trusted approach to operating, for studios running post production facilities, servicing production entities, which the pandemic has allowed us to rethink and maybe put in place procedures and protocols that previously wouldn’t have been received as warmly or as openly based on the new environment that we’re working in.”

Despite these new ways of working, he maintains that security and quality of the output is still a priority at Studioworks. This means that, although the pandemic may open up new opportunities, wide scale adoption of more flexible production and post production may take a little longer.

He explained: “I do think there’s an openness to approach now that previously may have been, more cynically, based on the need to get stuff out quickly and as efficiently as possible. Now we’ve been afforded the chance to actually have a think [about production methods], which then is supported by the need to be mindful of the Covid situation.

“Yet, there’s a sense there’s going to be a second wave. So we’ve got to prepare for that eventuality versus getting complacent with the operating processes that we currently have.

“Covid has provided a chance to review the supply chain, and look at the approach to creating content. There’s a partnership between production companies and commissioners and facilities and operators, who all now have to work collectively in order to deliver the content in a safe way that’s Covid friendly.”