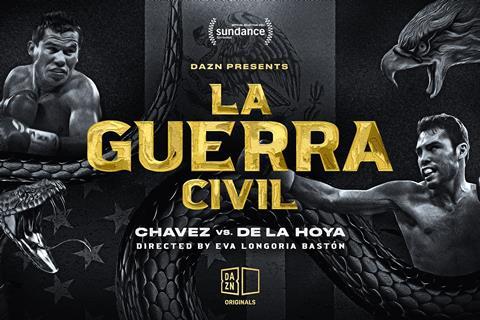 DAZN Studios has launched as the streaming service unveils its global original content slate for 2022, with projects about sporting icons including Ronaldo Nazario De Lima and Diego Maradona.

DAZN’s chief operating officer, Ed McCarthy, said: “DAZN Studios is going to enable us to broaden our original programming offering with productions that not only drive deeper engagement with fans but create opportunities via licensing, distribution, advertising and commissions.”

“We are incredibly excited to be working with the next generation of creators and giving them an environment to do what they do best; create engaging and innovative productions,” added DAZN’s EVP global commissioning & original content, Grant Best.

Maradona: The Fall explores football legend Diego Maradona’s fall from grace following a failed drug test during the 1994 World Cup. It is directed by Angus MacQueen (Maradona in Mexico) and produced by Ronachan Films and will land on DAZNglobally in Autumn 2022.

The second production from DAZN’s 3-project development deal with Brazilian football icon Ronaldo – Ronnie - explores Ronaldo Nazario de Lima’s World Cup career; from the mystery that surrounded the World Cup final in France ’98, followed by two debilitating knee injuries that forced the striker to spend far too long on the sidelines. Ronnie is a Zoom Sport production with DAZN and set for a theatrical release in 2022.