Television facility Dock10 has launched an in-house training programme to provide production skills to the next generation of TV crews.

The scheme aims to train craft talent wanting to work in TV studio production to enable them to graduate as confident freelancers in the industry, while addressing the current shortage of skilled professionals. 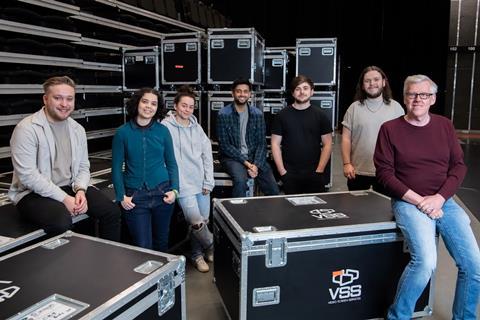 Dock10’s studios and specialist post-production services have created content ranging from prime-time shows including BBC Bitesize, Match of the Day and The Voice, to commercials and corporate films. The scheme gives trainees an opportunity to experience on-the-job training at Dock10’s Media City facilities, while building key skills and relationships.

“This training scheme is a way of seeding the freelancers of the future,” explained Dock10 Head of Studios Andy Waters. “It’s a very hands-on scheme which gives the trainees the experience of working in a studio environment and getting involved on many shows.”

The studio previously ran a successful pilot initiative that trained two entry-level sound assistants over 18 months. Both graduates of the pilot scheme are now regularly working at Dock10 and within the industry. The four current trainees, including camera and sound assistants, were selected following a competitive, open recruitment process that drew hundreds of applications.

Dock10 now hopes that the scheme will expand to other broadcasting companies as part of an industry-wide effort to widen the pool of production talent.

Waters added: “Our industry is going to have some problems in the future unless we train up the new generation. We’d love for other companies to get on board with this idea and hope it may become a model for others if it is appropriate for them to use.”