Fremantle has acquired a majority stake in David Glover and Mark Raphael’s 72 Films, the UK documentary TV production company behind All or Nothing: Arsenal and 9/11: One Day in America.

The deal gives 72 Films access to Fremantle’s global infrastructure, distribution, and specialist support across the 27 territories in which it operates around the world. 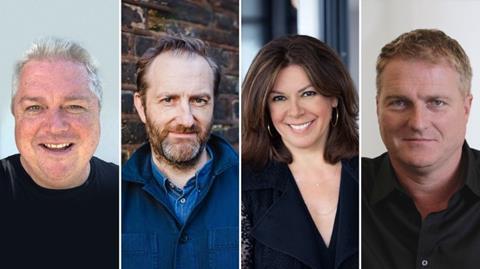 The deal was spearheaded by Fremantle’s UK CEO, Simon Andreae.

The acquisition of 72 Films underlines Fremantle’s push to grow its global documentaries output.

In August 2021, RTL Group announced its aim to increase Fremantle’s full-year revenue target to €3 billion by 2025.

David Glover and Mark Raphael, founders of 72 Films, said: “At this stage of 72’s development, there are great advantages and opportunities of joining forces with Fremantle. Their extensive international infrastructure and expertise will provide 72 Films with the platform to have our work seen across the world. We know and like their excellent team. And they offer us not only fantastic support but complete creative freedom so we can continue to work in the same way.”

Jennifer Mullin, group CEO of Fremantle, said: “Fremantle is proud to invest and work with the very best creative minds in the business. David and Mark, and their team at 72 Films are exceptional talents, all of whom take enormous pride in their storytelling and filmmaking, and we are thrilled to have them part of our family.”

72 Films was advised by ACF Investment Bank with commercial support from Matisse.