In the newly created role, Vesper will have direct oversight of some of Fremantle’s scripted labels, including Miso Film (Face to Face), Wildside (My Brilliant Friend), The Apartment (Bones and All), Element Pictures (Normal People), Lux Vide (Medici, Devils), Dancing Ledge Productions (The Salisbury Poisonings) and the group’s most recent acquisition, Passenger (This England, Catch-22). 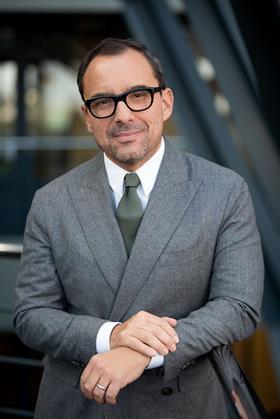 Based in London, Vesper and his team will support Fremantle’s broader drama initiatives, working with its regional drama heads across all territories in which Fremantle operates including UFA in Germany, Fremantle Australia, Abot Hameiri in Israel and Fremantle Mexico.

Vesper will also play a strategic role in Fremantle’s growing film strategy, working with its producers on projects including Element Pictures’ On Becoming a Guinea Fowl directed by Rungano Nyoni and projects soon to be announced by Wildside.

Scrosati commented: “Following the acquisitions of Element Pictures and Lux Vide, our scripted eco-system has become even stronger. This new role is part of the new organisational structure we are putting in place to best support our family of great producers.”

Vesper added: “Over the last seven years, I have been lucky enough to be a part of Fremantle’s growth in the scripted business and am proud to be part of us having increased the number of dramas we have delivered from around 30 projects in 2016, to over 100 projects in 2022. I can’t wait to continue the journey of growth and quality.”

Read more Webinar: How to Launch OTT and FAST services