A Hollywood production shutdown has been averted after US studios and streamers struck an 11th hour deal with the union representing film and TV crews. 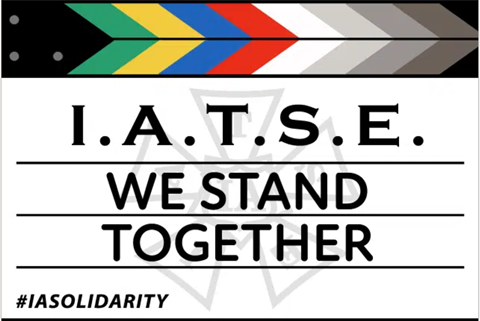 “This is a Hollywood ending,” said IATSE international president Matthew Loeb. “Our members stood firm. We are tough and united.”

The deal comes less than a day before IATSE’s strike deadline. Two weeks ago, IATSE members voted for the first nationwide strike in the union’s 128-year history.

“We went toe to toe with some of the richest and most powerful entertainment and tech companies in the world, and we have now reached an agreement with the AMPTP that meets our members’ needs,” said Loeb.

The AMPTP is the trade association that represents major employers and producers of television and film including Walt Disney Studios, Warner Bros., Paramount Pictures, Apple, Netflix, and Amazon, among others.

The new contract includes a 10-hour turnaround between shifts, 54 hours of rest over the weekend, increased health and pension plan funding and a 3% rate increase every year for the duration of the contract. The deal also includes increased meal penalties, improved wages and working conditions for streaming productions, and a “living wage” for the lowest-paid workers.

IATSE members will be briefed on the details of the tentative agreement early this week. A ratification vote will then be held.