The exec in charge of HBO Max’s international roll out on how he plans for the streamer to reach 190 markets by 2026.

HBO Max head of international Johannes Larcher has spelt out his strategy for rolling out the WarnerMedia streamer to 190 markets by 2026. 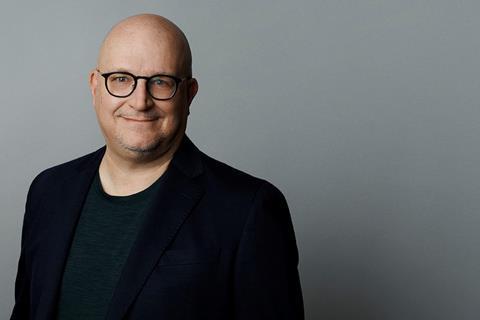 HBO Max first launched in the US in May 2020 and is now in 46 countries with a focus on Europe and Latin America. Next year, the streamer is set to launch in 21 more European countries and is also “looking very hard” at Asia Pacific, said Larcher, in an exclusive IBC Digital keynote.

“It’s clear where it all starts is great content,” said Larcher, citing Warner’s extensive IP including Harry Potter, Game of Thrones, the DC multiverse, The Sopranos and Looney Tunes.

From there he said it was important to focus on technology. Key priorities for HBO Max have been globalising the platform by making sure it can transact payments in the countries it operates, localising content, and ensuring it “can acquire, engage, retain and win back customers efficiently.”

Added Larcher: “A big part of the last 18 months has been about the foundational work that was needed to ensure we can take the platform efficiently and effectively around the globe.”

Larcher said that HBO Max couldn’t rely exclusively on the strength of the WarnerMedia content catalogue. “Local content matters tremendously to the success of services like ours internationally,” he said. “We have redoubled and increased our investment and focus on creating local stories for local audiences across the globe.”

In Latin America, Larcher said that HBO Max has committed to 100 new originals in the next 18 months and will increase its European originals slate from 12-14 scripted shows in Spain and the Nordics to 24-30, including a move into unscripted content.

“We want to bring in audiences that are traditionally maybe a little less affiliated with the HBO audience, especially younger audiences, more female audiences.”

Larcher also stressed the need for HBO Max to have its own teams on the ground around the world. He said HBO Max now has a significant presence in Latin America and a big team in Europe. “We need to be present in the region where it matters. Of course, our technology is a global stack that has tremendous economies of scale, our brand is global, and a lot of our American content is global in nature. But our teams executing, building the business, working with our customers, engaging the audience, managing the signs of growth marketing, day by day, are highly local teams.”

Larcher framed HBO Max’s global roll out as part of a two-pronged broader transformation and “reorientation” of the WarnerMedia business.

Firstly, he said a key priority for WarnerMedia is to “go global.” Larcher noted that 70% of its revenue traditionally comes from the United States and 30% from international markets. “In order to succeed, we have to flip that ratio over the next five to 10 years and become a much more global business.”

Secondly, he said that WarnerMedia is focused on becoming a direct-to-consumer business, having previously delivered brands like Warner Bros, CNN and HBO through distribution partners and affiliates. In doing so, WarnerMedia is gaining more direct consumer data, and can use it “to improve our services, our content and our marketing for these customers.”

Longstanding distribution partnerships with the likes of Sky in the UK, Germany and Italy have meant that HBO Max delaying launches in those key European territories.

He addressed the Sky deal specifically, describing HBO Max’s relationship with the broadcaster as “superhealthy.”

“They distribute our content, they make it popular in the United Kingdom, in Germany, in Italy. They are very happy with that content, they know the value our content brings, and they pay us a significant amount of money for their right to distribute that content for the time being. That revenue funds a lot of what we do in terms of launching HBO Max in other territories.”

“It’s only a matter of time until we will focus on bringing HBO Max as a direct-to-consumer service into those Sky territories as well once those rights revert back to us.” 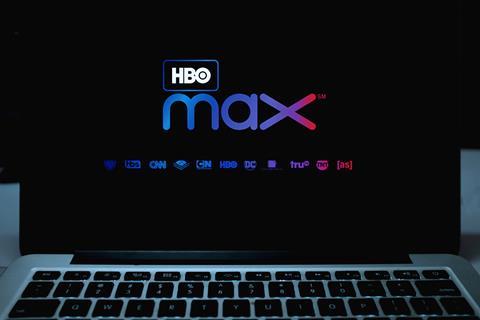 Larcher also addressed HBO Max’s original content strategy, describing the streamer as a “broad, general entertainment service for everyone – and not just for the traditional HBO audience.”

“We want to bring in audiences that are traditionally maybe a little less affiliated with the HBO audience, especially younger audiences, more female audiences. So, we are broadening our content portfolio.”

He cited recent US hits such as dramas Flight Attendant and Raised by Wolves and unscripted shows like Tiger Woods biopic Tiger and Tina Turner feature doc Tina. “We’re applying the same strategy internationally,” said Larcher, explaining that some of HBO Max’s biggest successes since launching in Spain have been with unscripted shows like Dolores: The Truth about the Wanninkhof case. HBO Max has also greenlit its first animated series in Spain, Poor Devil.

“So, we are going broad, and we are bringing more unscripted content to the market.”

Larcher also addressed pricing. In the US, HBO Max costs $14.99 a month, making it more expensive than rivals Netflix or Disney+, or $9.99 with ads.

However, Larcher said that it is important to price the service internationally so that it is “right for each individual market and for our customers in that market, rather than having a broad-based strategy that is one size fits all.”

For example, in Latin America there are two tiers for HBO Max – the standard tier, and then a cheaper mobile only tier. “That came out of an insight and recognition that 70% of Latin American consumers only use their mobile phone to access the internet. They don’t necessarily need access on their 4K 65 inch living room screen.”

“We try and bring our product to the market in a way that makes best sense in each individual market,” said Larcher.