De la Peña will give a talk entitled ‘What’s Next: How immersive tech will create new narratives and transform entertainment’. The session is free and open to all show attendees. 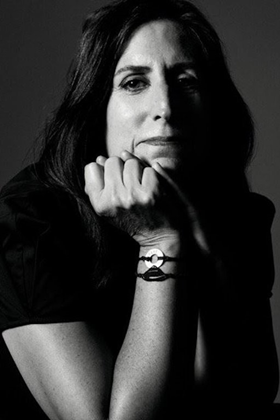 De la Peña is regarded as a leading innovator in immersive technologies and journalism. She is a 2022 Peabody Field Builder Award winner for her work in immersive journalism and is currently the Founding Director for Narrative and Emerging Media at Arizona State University.

The former correspondent for Newsweek, has also been named a Wall Street Journal Technology Innovator of the Year, A Wired #MakeTechHuman Agent of Change, and has been called “The Godmother of Virtual Reality” by Engadget and The Guardian. Fast Company named her “One of the People Who Made the World More Creative” and she was one of CNET’s 20 Most Influential Latinos in Tech for her pioneering work in immersive storytelling.

De la Peña is speaking at 12.15pm on Saturday 10th September in the Forum at the RAI Amsterdam, on the second day of the four-day Show. De la Peña give will give her vision of what content experiences will look like in 2030 and beyond. An onstage interview and questions from the audience with de la Peña will follow.

Examining what’s next for the future of content, the IBC2022 Conference incorporates over 20 hours of research, strategic interviews, presentations, panel discussions and technical papers across two days.

To attend the keynote, get your Conference Pass or follow IBC365 throughout this year’s show for the latest news, plus round-ups, conference reports, interviews and much more.