The Department for Digital, Culture, Media and Sport (DCMS) announced Lord Grade as its preferred candidate for the role last week. 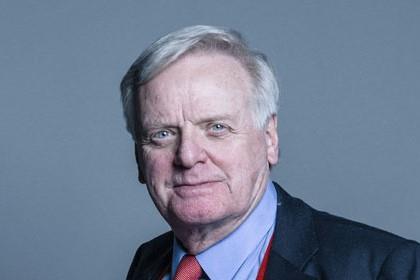 Before the appointment is confirmed, Lord Grade will attend a pre-appointment hearing on 31 March at the DCMS Select Committee, which is standard process for selecting the Ofcom chair.

The recruitment process for the three-day-a-week, £142,500 job has taken two years, with ex-Daily Mail Editor Paul Dacre reportedly having been in the running at one stage.

Earlier this year, Lord Grade warned that the BBC’s £159 licence fee was “too much money” and suggested the corporation should close channels to cut costs. The former media executive has also spoken in favour of the privatisation of Channel 4.

At the DCMS Select Committee hearing, MPs will consider Lord Grade’s prior experience and priorities in the role, including his strategic vision for the regulator.

Questions could focus on the drawn-out appointment process, which drew criticism for being restarted and repeatedly extended. Lord Grade may also face questions on the new Online Safety Bill and the powers it gives to Ofcom. Sanctions on Russian propaganda and media could also be considered.

Culture Secretary Nadine Dorries said: “I am delighted to announce that Lord Grade is the government’s preferred candidate to be the new chair of Ofcom. Lord Grade’s experience at the highest level of a number of broadcasters and his expert knowledge of the British media landscape makes him an ideal candidate for this role.”

Lord Grade said: “Ofcom is respected across the globe as a first-rate communications regulator so I am privileged to be asked to become its chair. The role of Ofcom in British life has never been more important with new responsibilities on the horizon regulating online safety, on top of the ever-changing broadcasting landscape.”