European production group Mediawan has acquired a “significant stake” in Plan B Entertainment, the US based production company co-founded and led by Brad Pitt, along with co-presidents Dede Gardner and Jeremy Kleiner. 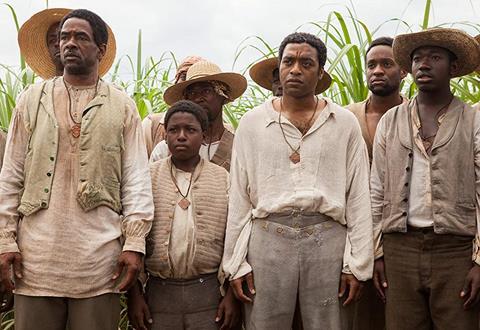 Plan B has also recently ramped up its television work with a wide range of projects including BAFTA and Peabody-winning The Underground Railroad, the Josh Brolin-starrer Outer Range for Amazon, Clea DuVall and Tegan & Sara’s High School for Amazon’s Freevee, Lego Masters for FOX and a second season of Feud in partnership with Ryan Murphy for FX.

Mediawan is parent to 60 production labels across Europe, making TV shows and feature films. Its best-known titles include International Emmy winner Call My Agent!, Hugo Blick’s The English for BBC and Amazon. The Life Ahead starring Sophia Lorren for Netflix, French blockbusters Novembre and The Stronghold for Studiocanal, and That Dirty Black Bag for AMC.

The company was co-founded by Pierre-Antoine Capton, Xavier Niel, and Matthieu Pigasse, and is supported by private equity partners, including KKR and Atwater Capital.

Mediawan and Plan B said the deal will create synergies across talent development and IP acquisition.

“This partnership will allow us to create a unique artistic link between Europe and the United States through which we and Plan B will develop premium independent content, providing a global platform on which the world’s greatest talent can continue to thrive,” said Pierre-Antoine Capton, CEO and Co-Founder of Mediawan.

Plan B partners Brad Pitt, Dede Gardner, and Jeremy Kleiner added: “We have loved working together for nearly two-decades and are incredibly excited about our future. As we enter the next chapter in our evolution, we are excited at the possibilities this partnership affords as we maximize our reach toward an increasingly global audience with a broad range of films and television series across all platforms, genres, and mediums.”