The untitled Wallace & Gromit movie is to be directed by Aardman founder Nick Park, alongside Aardman’s creative director of Wallace & Gromit, Merlin Crossingham, with Mark Burton onboard to write. Writing and storyboarding has kicked off on the film, which is set for a 2024 release. 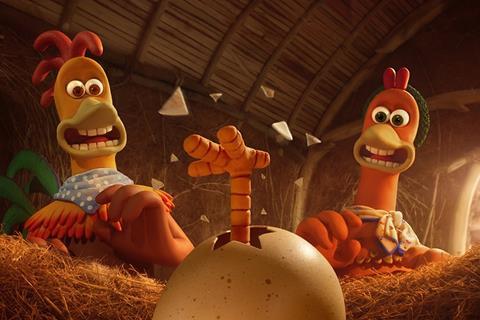 The film will premiere exclusively on Netflix around the world except in the UK, where it will debut first on the BBC before also coming to Netflix.

Chicken Run: Dawn of the Nugget, a sequel to the highest-grossing stop-motion animated film of all time, will launch exclusively on Netflix in 2023.

News of the projects follow the release last year of Robin Robin, the first collaboration between Netflix and Aardman.

Thandie Newton and Zachary Levi have been announced as the lead voice actors for Chicken Run: Dawn of the Nugget, while Bella Ramsey will voice their headstrong daughter, Molly.

Sam Fell (Flushed Away and ParaNorman) will direct the film, on which production is already underway.

In a statement, Netflix and Aardman said: “Beyond these exciting projects, we’re also exploring how we work together on brand new characters and stories to make the classics of tomorrow. We’re excited to share where this journey takes us.”