The BFI has welcomed Netflix in becoming the first streamer in the world to have its series and films preserved in the BFI national archive collection.

A total of 26 series and films reflecting the diverse communities of contemporary Britain including Bridgerton, Top Boy, The Dig and Heartstopper will be digitally preserved in the BFI National Archive. 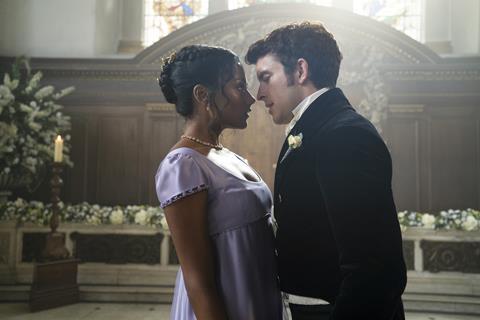 The move comes as Netflix celebrates its tenth anniversary in the UK and its annual UK $1bn production budget. Year one of the partnership represents 146 hours of programming, across 26 titles.

Over the next five years hundreds of Netflix UK productions deemed to be culturally significant will be selected by BFI curators and preserved in the BFI National Archive’s Digital Preservation Infrastructure as part of the UK’s national collection of film, television and the moving image.

Read more Behind the Scenes: All Quiet On The Western Front, Netflix

The BFI National Archive seeks to collect programmes and films representing British talent, stories and productions that express the full variety of contemporary UK film and television production. Curators will seek to acquire programme scripts, press and marketing materials to help tell the wider story of each title and conserve the legacy of the productions.

The BFI is expanding its team of curator and preservation specialists by recruiting a new assistant curator of television and digital media specialist in preservation to help deliver the Netflix project.

“It was also great to see how streaming firms such as Netflix are beginning to work with the BFI to protect content being made for digital channels. I hope other streaming platforms do the same in the future.”

Anna Mallett, Netflix vice president, production - EMEA, UK and APAC said: “This is a historic moment for us as Netflix becomes the first streamer to have its productions included in a national collection. Our mission has always been to bring joy to our members, and I’m delighted that our productions are representative of British culture and will live alongside iconic British productions dating from the silent era to the present day.”

Arike Oke, BFI director of knowledge and collections, said: “The BFI National Archive began collecting television in the 1950s and currently works in partnership with public service broadcasters to preserve programmes in its role as the National Television Archive.”