Netflix is to launch 25 new original French titles in 2022 and has another 20 titles in production in the country.

The streamer said it is investing more than €200 million in French production in 2022. 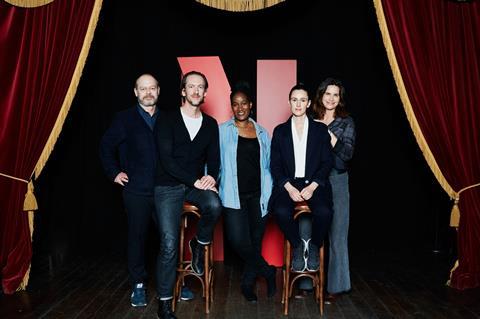 Standing Up, the new series from Call My Agent creator Fanny Herrero, is set in the world of stand-up comedy.

En Place is a comedy series co-created by Jean-Pascal Zadi and François Uzan, while Le Roi des Ombres, directed by Marc Fouchard, draws inspiration from an ancestral African legend and transposes it onto today’s France.

Damien Couvreur, Vice President Series France, said: “We are proud of bringing new stories to life and reflecting the diversity of French creation in all the 25 productions, in all their variety, being released this year on Netflix.”

News of the commissions comes a month after Netflix France signed a landmark deal with the country’s main cinema guilds, raising the platform’s commitment to French and European features for theatrical release.

Under the deal, Netflix France pledged to invest at least 4% of its annual turnover, or at least €40 million, in 10 French and European feature films which will launch in cinemas first and then be available for Netflix viewers 15 months later.