Pulse Films founders and CEOs Thomas Benski and Marisa Clifford are stepping down after 16 years of leading the company.

The pair founded Pulse Films in 2005, and sold a controlling interest to Vice Media Group in 2016. Vice Media Group has now completed its acquisition and Benski and Clifford have subsequently decided to transition out of Pulse. 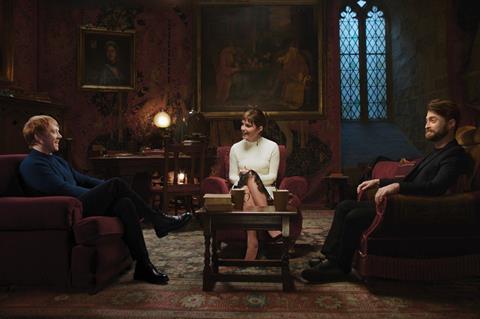 Benski will continue to work with Pulse to executive produce and co-produce future and existing projects including Gangs of London and Olivia Wilde-directed feature Perfect.

The business will be operated by the executive team of Davud Karbassioun, Global President Commercials & Entertainment; Diene Petterle, Global Creative Director of Non-fiction, and Jamie Hall, COO, Scripted – who will report to Ward.

Benski said: “Leaving Pulse Films is for us a watershed moment. When we launched Pulse Films 16 years ago, our ambitious goal was to create a welcoming home for the most creative talent in front of and behind the camera, and to make elevated, indelible work for a global audience and we are so proud to have done so with the help of the most gifted team of professionals and partners imaginable.”

Clifford said: “When Thomas and I first founded Pulse, never could I have envisioned all that we would go on to create together, the stories we would tell, the relationships we would build. We’re profoundly thankful to our Pulse family who are the greatest of people, and to the Vice Media Group for believing in our incredible team. We wish Vice Media Group and the entire Pulse family the best of luck and look forward to great collaborations in the future.”

Ward said: “A huge thank you to Thomas and Marisa for everything they have done over the past 16 years – along with their team they have built Pulse films into one of the world’s leading creative businesses, celebrated for their work across genres and all forms of entertainment.”